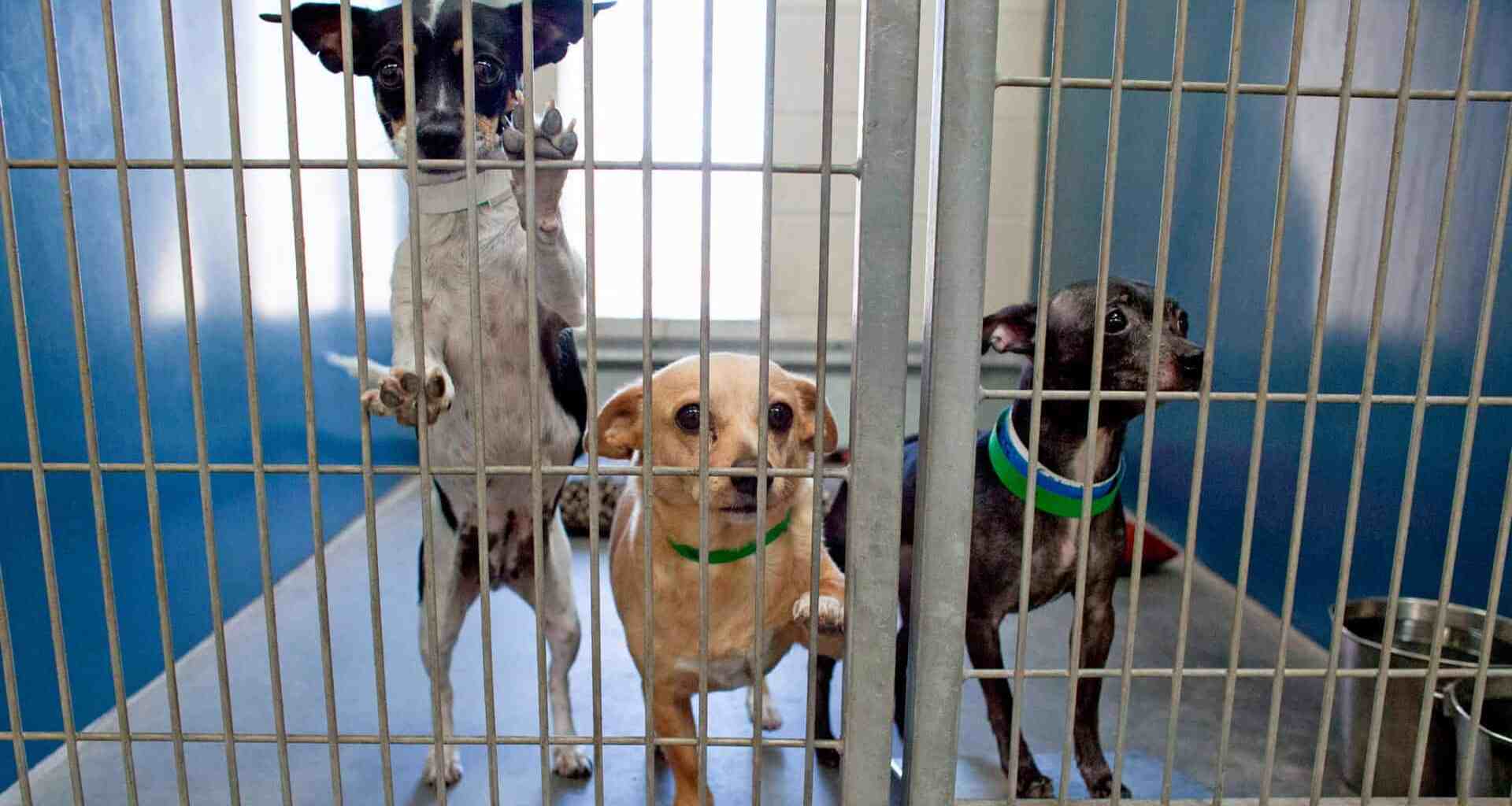 19 Reasons Why There Are So Many Chihuahuas In Shelters

Chihuahuas are popular dogs in Hollywood. They’re designer breeds, teacup puppies, etc. And so you wonder: “If they’re famous, Why are there so many Chihuahuas in shelters?”

In this article, you’ll find out:

Why are there so many Chihuahuas in shelters?

There are so many Chihuahuas in shelters because of Hollywood hype, stereotypes, over-breeding, physical appearance, and life span; they’re unfit for families and children. Their personalities are feisty, active, vocal, possessive, aggressive, and high-maintenance.

19 reasons why there are so many Chihuahuas in shelters

The Hollywood hype is the first reason why there are so many Chihuahuas in shelters.

Have you ever watched ‘Legally Blonde’?

Or have you seen Paris Hilton with her Chihuahua ‘Tinkerbell’ in her purse?

And who can forget?

They even have their own Taco Bell commercial!

These are some of the many on-screen exposures of Chihuahuas.

Famous people have them as a fashion accessories.

Like Paris, Hilton and Britney Spears carried these little puppies in their bags.

And since then, Chihuahuas have become dog celebrities.

Having this dog breed became an instant fad overnight.

Because people wanted to imitate these celebrities.

According to research, this was described as the ‘Paris Hilton Syndrome.’

There’s a dark reality behind the spotlight.

I remember reading a post about the lady who put their puppy in her purse. And she didn’t change the dog’s nappy.

The poor Chihuahua had an acid burn on their private part.

Because they’re soaking in their pee.

The people didn’t know about this dog breed, so they were shocked.

Some didn’t like their Chihuahua’s personalities, and they‘re a bit of a handful, after all.

And others didn’t know a thing or two about taking care of them.

Because of this, thousands of Chihuahuas are being taken by animal shelters in California alone.

And in 2014, 75% of dogs who arrived in Oakland shelters consisted of this breed.

Other shows and movies that caused dog hype

Ever seen ‘Game of Thrones?

If you have, you’d remember the loyal wolves of the main characters in the show.

Everyone wished that they could have their own ‘dire wolf.’

So they bought Huskies because it has the closest resemblance to wolves.

But one year after this show aired, Huskies being surrendered for adoption increased.

The people were surprised by how active they were.

So they failed to take care of them.

Another one is the Disney film ‘101 Dalmatians’.

When this film was released, the Dalmatian breed became so popular.

They’re given to children during that Christmas season.

But like the others, they were also given up for adoption a year later.

This event was also known as the ‘Dalmatian effect.’

There was a high demand for Chihuahuas because of their popularity in Hollywood.

So breeders continued to breed them.

But people are greedy.

People without papers joined in. Even Chihuahua keepers have them bred with other dog breeds.

So this resulted in an over-supply of Chihuahuas and their crossbreeds.

Too many Chihuahuas were unsold.

So they’re left to become strays or given up for adoption in shelters instead.

A Chihuahua’s physical appearance may also be why so many of them are in shelters.

(There was even fake news that went viral before, claiming Chihuahuas are rodents, not dogs.)

And according to PetMD, they’re the smallest dog breed in the world.

They have big ears.

Because of this, people choose to adopt other breeds.

They want something that looks more like, well… regular dogs.

Also read: “Chihuahuas Are NOT Dogs, They Are Rodents!” (5 Facts)

#4: They shake, shiver, and tremble a lot

Adopters think a shivering dog is hard to take care of. That’s why Chihuahuas don’t get adopted often.

Or they’re too scared.

But in reality, it’s natural for Chihuahuas to tremble.

They do this when they’re scared, happy, excited, or cold.

Chihuahuas are also known to be bitters.

That’s why most of their keepers give them up for adoption.

Chihuahuas bite when they’re afraid of something.

They’re also known to nip at the heels of annoyers. *facepalm*

It’s possibly because they have the ‘Little Dog Syndrome.’

They’re small dogs, so their destructive behaviors are often ignored.

And since they’re not corrected, they continue doing these things.

There are so many Chihuahuas in shelters because they escape from their homes.

And they like finding their way out of their houses.

Because of their size, a fence’s wide gaps are no match for them.

They can get out of it without breaking a sweat!

So if these puppies are not chipped, they’ll end up strays. Then they’ll take them to animal shelters.

Sadly, many families give up their Chihuahuas to shelters after some time.

And the reason for that is they’re not fit for their homes.

Their keepers find them hard to train.

And potty training can be a bit of a challenge as well.

Because of this, they’re more prone to having peeing accidents at home. (Chihuahua puppies can pee every 1-2 hours.)