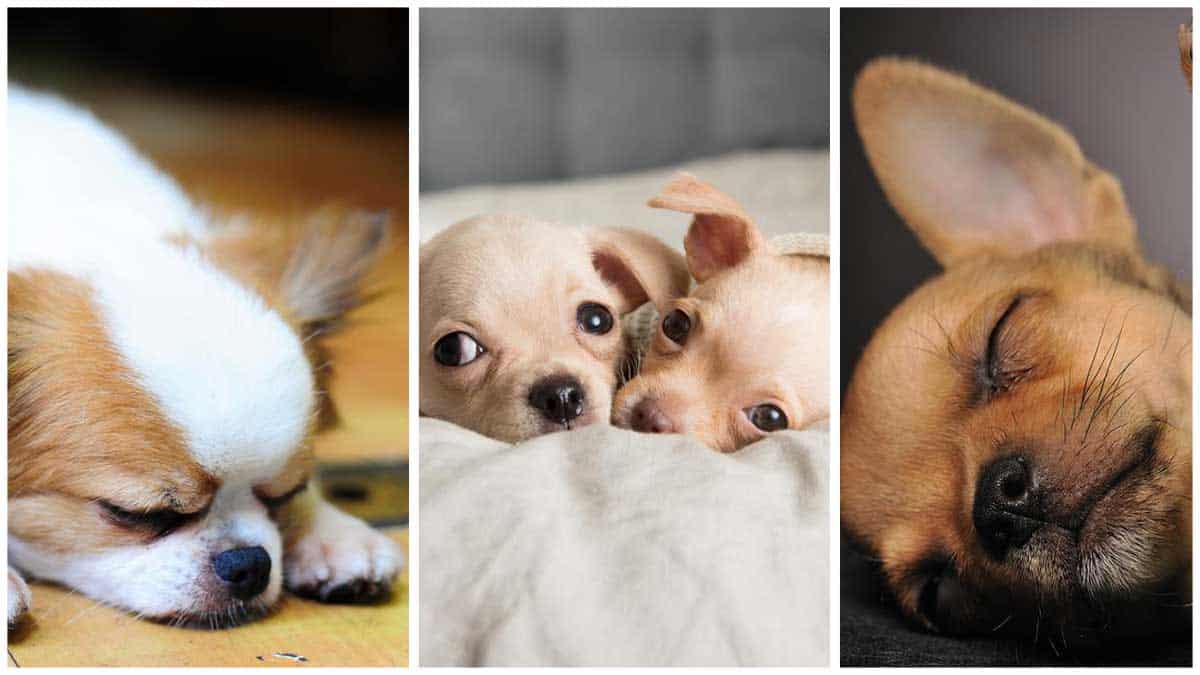 3 Reasons Why Your Chihuahua Sleeps So Much

Owning a Chihuahua is a rewarding experience and a lot of fun, but there are certain traits about Chihuahuas that you should be aware of before you begin your adventures with your new pet. While many traits exist concerning Chihuahuas, one trait you might not know about is their ability to sleep quite a bit. We are going to answer all of your questions as to why your Chihuahua is sleeping in the manner that it does.

Why Chihuahuas Sleep So Much

Chihuahuas are a very energetic breed, especially as puppies, so it’s natural for them to want to sleep more often than some other breeds once they are worn out from playing. Getting enough exercise each day is important for Chihuahuas. The older your Chihuahua gets, the more easily they will tire after some moderate exercise, and then they will begin to sleep more.

Puppies, in general, are going to sleep way more than a mature adult Chihuahua so you shouldn’t worry if your puppy is sleeping nearly the entire day. Energetic and full-of-life is often how we describe puppies of nearly all breeds, but it’s especially true for the Chihuahua puppy. Normal sleeping behavior for a Chihuahua puppy is to sleep about 18 to 20 hours a day.

2. Your Chihuahua is Bored

Every once in awhile your Chihuahua might be sleeping because of boredom, although it’s not oftentimes the reason for sleep. A Chihuahua will often sleep when it feels safe. You know your schedule better than anyone, so you should be able to determine whether boredom is the cause of sleep. Usually, boredom in a dog will result in more anxious behavior, such as chewing on items around your house.

3. Your Chihuahua is Suffering from Illness

A dog sleeping an unusual amount of time could be the result of an illness, so keep an eye out for dramatic changes in sleeping patterns or habits. If you have noticed your dog is sleeping way more than it usually does, it might be time to call the veterinarian to ensure nothing more serious is going on. Your Chihuahua could be sleeping more often due to many different health issues.

The good news is that a change in sleeping habits is not always the result of a serious illness. Sometimes just changing their diet around can be beneficial for sleep. More complex issues could also be the cause, such as a thyroid issue, cancer, or an undiagnosed heart condition.

How Many Hours a Day Does a Chihuahua Sleep?

Why Does My Chihuahua Sleep Under the Covers?