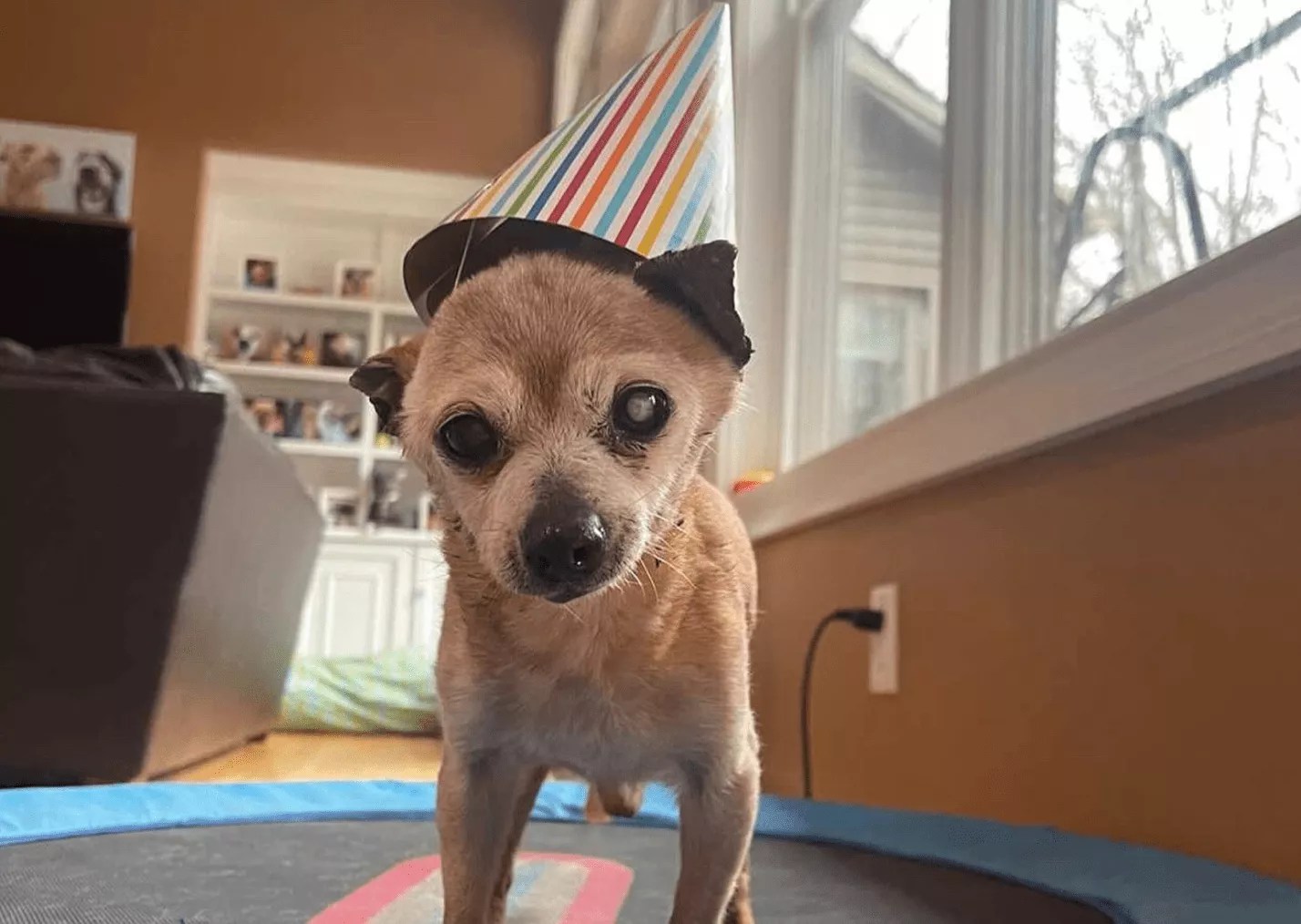 Everyone wants to be Immortal. Longevity in life is one of everyone’s greatest desires, and Bobo, the little Chihuahua that could, has now turned 23. If that wasn’t incredible enough, just like humans might, he now lives in an assisted living community. (But for dogs… obviously).

Last year Bobo took Twitter and the internet by storm when he turned 22, which is practically unheard of for dogs. The average life expectancy for a Chihuahua is 15 human years. If you go by the maxim that one dog year of life equates to seven years for humans, Bobo is now nearly 160 years old. Okay, boomer, what’s your secret?

Bobo was born in the year of the pre-slap Willenium in 1999 when The Matrix was still blowing our minds. Little did he know that he would be blowing our minds two decades later. He was adopted into a family and has lived with the same humans ever since.

But when his humans grew into retirement age and moved into their own assisted living facility, so did Bobo. This is where the story gets fascinating.

Bobo now resides at the Mr. Mo Project in Clifton Park, NY. This organization is doing great work in providing a comfortable and loving place for senior dogs to live their golden years.

No word yet on whether Bobo has found his Dorothy and Sophia yet, because you know he’s a Blanche, but he has settled into his new life quite well, according to the folks that run the place. “He just fills our hearts and our home with love and happiness,” says their Instagram post.

It shows how a pup that has lived with love can carry that love wherever they go, even if it’s a unique forever foster facility for their twilight years. And the idea of senior living facilities for dogs is excellent.

As in the case of Bobo, the immortal dog, many furry companions age concurrently with their humans until their people aren’t able to care for them as well, in addition, elderly dogs are adopted in far fewer numbers than younger puppies.

The reasons for this are varied. Some folks can’t care for older dogs, while most want a dog with whom they can share more of their lives. Whatever the case, these places like Mr. Mo Project and many more are doing fantastic work.

If you’re into something, I would recommend volunteering at one of these places. Because, just like with people, if a dog is old, it doesn’t mean that they don’t have love and joy to give to others.