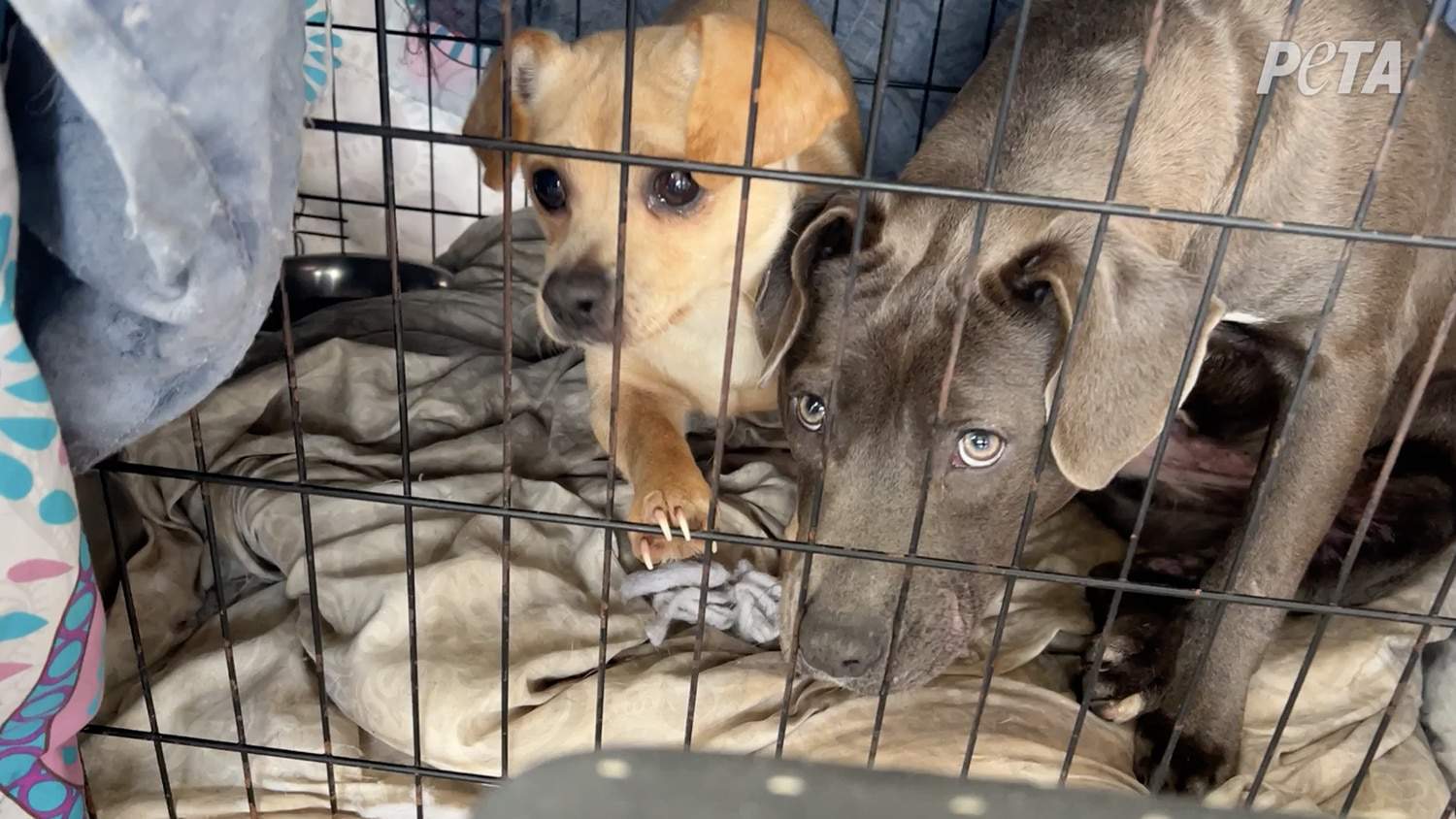 Caged Outside in the Cold: Chihuahua and Pit Bull Pals

PETA fieldworkers found dogs Charlie and Diamond caged together in a locked wire cage left out in cold weather. They knew that had to take action.

According to a news release from PETA, fieldworkers from the animal welfare organization found something wild. Charlie the Chihuahua mix and Diamond the pit bull mix were caged on a porch in North Carolina.

The canines’ former owner left the dogs stuck in the cramped and locked wire cage. Moreover, outside was a wind chill of 21 degrees. Concerned about the animals’ welfare, the PETA fieldworkers asked the dogs’ owner to take the animals inside. This was before the cold weather caused severe damage.

The owner refused but, according to PETA’s release, agreed to let the fieldworkers take the two dogs. This was when he learned that “leaving them caged outside is illegal and the sheriff would have to be called.”

The fieldworkers took Charlie and Diamond to PETA’s Sam Simon Center in Norfolk, Virginia. There the dogs received medical treatment before being moved to the Norfolk SPCA.

Norfolk SPCA is only accepting adoption applications for Charlie and Diamond from pet parents who can give the bonded canine odd couple a home together.

“If you’re ready to get twice as much gratitude and love from this big and small dog combo, then Charlie and Diamond could be the perfect match for you,” – PETA. “We’re looking forward to finding them a new home where they can cuddle up for companionship instead of for survival.”

PETA is happy to see Charlie and Diamond on their way to a better life. The nonprofit hopes that the duo’s story encourages animal lovers to take action when they see a pet stuck in the elements.

“Charlie’s and Diamond’s days of freezing, misery, and fear are gone. PETA is grateful to the Norfolk SPCA for the opportunity to find them a loving indoor home together,” Colleen O’Brien, PETA’s senior vice president, said in a statement. “Their story shows why we must all keep our eyes peeled for dogs suffering and shivering out in the cold and call the authorities, or PETA, for help.”