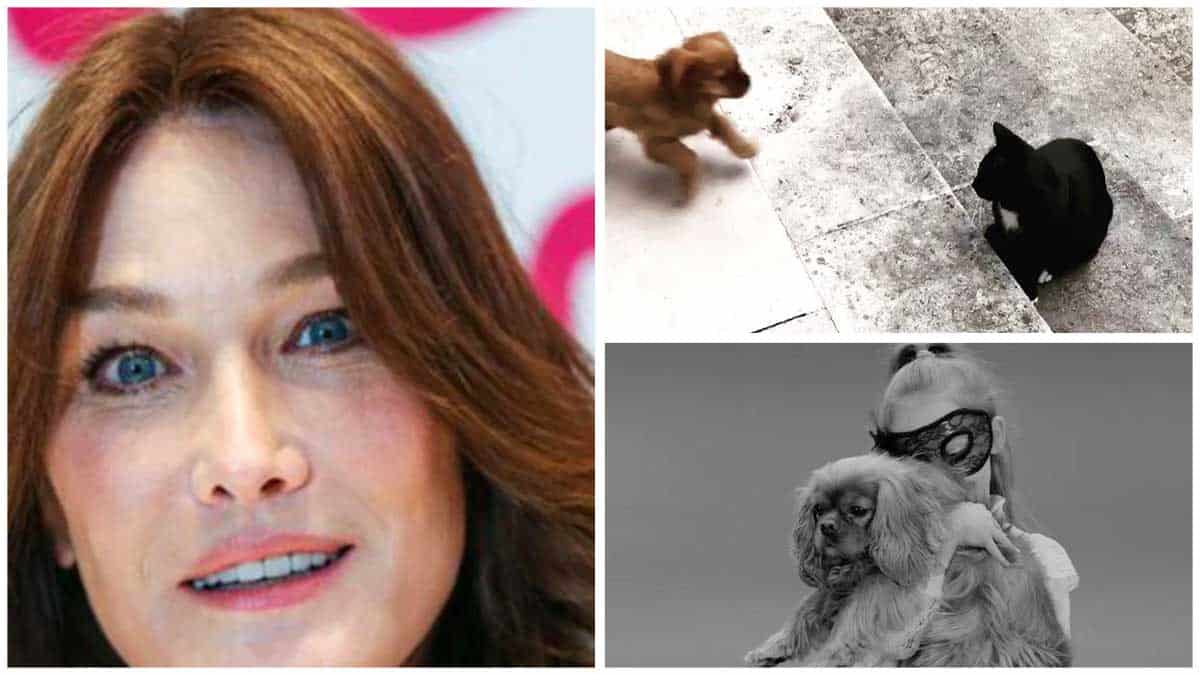 Carla Bruni happy to welcome “a new member in the family”

On her Instagram account this January 2, Carla Bruni announced to her fans that she had adopted a new pet, which will surely make her daughter Giulia Sarkozy happy.

Carla Bruni starts the year 2021 well accompanied. The singer unveiled on January 2 on her Instagram account a photo and a short video of her in the car, with the “new member of his family”, namely an adorable little cat. “Welcome to the little Dream”, wrote the wife of Nicolas Sarkozy to present to her fans her “love kitten”. It is far from being the first pet of Aurélien and Giulia’s mother, since she already has adopted, in 2017, a dog named Nastasya.

It’s about a female Cavalier King Charles Brown, who came into her life soon after the death of his previous dog, a chihuahua named Toumy. In adoration in front of this little ball of fur, the interpreter of Someone told me often features it on social networks. In October 2020, Carla Bruni released her seventh album, which bears her name and which notably contains the title A great love. On Christmas Day, the former model released the clip, in black and white, of her title. In this last, his little girl appears quickly, a mask on the eyes to preserve his anonymity and lovingly carrying their bitch. The least we can say is that Giulia Sarkozy is lucky to live surrounded by animals and she is probably delighted to welcome a new cat, she who surely must have had a lot of fun with Kim, the black cat of the family.

A singer who recently turned 53

Very active on social networks, Carla Bruni posted online, on December 23, a photo of her on the occasion of her 53 years. Augustin Galiana, Laura Smet, Juliette Binoche, Sarah Poniatowski, Beatrice Dalle, Lou Doillon, Helena Noguerra, Sandrine Kiberlain, Sharon Stone, Caroline de Maigret, Emmanuelle Alt, Helena Christensen, Audrey Marnay, Marie-Agnès Gillot, Emmanuelle Seigner, or even Bernard Montiel reacted in comments. Karine Le Marchand for her part pointed out to her that she is not her age, that she “got it wrong” and that she should have indicated that she was 35 instead.

Article written with the collaboration of 6Medias