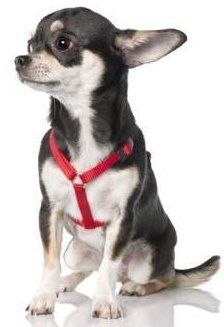 First, we cannot stress enough, the importance of bringing an aggressive dog to the veterinarian for a full and complete checkup. If a normally calm, peaceful dog suddenly becomes aggressive, there is a very strong chance that this behavior is caused by a medical issue and not due to a behavior problem.
Dogs that are in pain can bite and behave very aggressively, with canine instinct causing them to act out when physically vulnerable. It is not uncommon for an owner to have no idea of injuries…It can happen very quickly when you are not looking and there may not be obvious outward signs.
When a dog suddenly begins to nip, growl and bite the most common reason is because that dog is in some type of pain. Dogs with illness or injury can become very anxious and restless which are two signs often mistaken for aggression.
A dog will bite and growl when others are in his “area”, such as near his bed, eating area or resting area. Because when a dog retreats to his “area”, he will go to rest and try to deal with his discomfort. Anyone who then comes close may be perceived as a threat.

An aggressive dog may be in pain because of an abscess tooth, a urinary infection and everything in between. Even if your Chihuahua just had a checkup, something may have developed from that time to now. So, it is absolutely 100% necessary to have your dog’s veterinarian perform a complete check up. There is training for severe aggression problems that works quite well in these circumstances. However, please do not begin any of this training until you know that your dog is perfectly healthy.

Reasons why a Chihuahua May be Aggressive

If your Chihuahua is completely healthy, the most likely reason that he is aggressive is because of a dog’s natural instinct to be the “alpha dog”. Our cute, little domesticated dogs still interpret things in the canine way.
The house is the den, all humans and all animals are the pack and the leader – the one in charge – is the Alpha. If it is not 100% clear who holds this position, a Chihuahua may take it upon himself to claim the spot. When this happens, he may act very aggressively.
In multi-dog households, there also needs to be an “alpha dog”. Among the pack of dogs, one will be in charge. If done correctly he will be an example and role model to the other pets and answer only to his human leader.
All of the dogs can be best friends; however one will indeed be the leader. If this hierarchy among the pets in not clear, a Chihuahua that tries to claim the spot may behave in an aggressive manner.
In these cases, time does not fix things if the environment remains the same. Without intervention, tension mounts. As these stresses build, a Chihuahua will continue to test his humans to see who will back down and who – if anyone – will step in to correct him.
An interesting facet of this is that for most dogs that are convinced that they are indeed the Alpha will be normally be very calm. Only when someone comes close to their food or their resting place or does not do as the dog wishes, will they then growl or bite to show that they are “king”.

It must be noted that training for aggression is divided into two separate categories. Mild/Moderate and Severe. The training techniques to fix aggression with a Chihuahua are very different for each of these classifications.
Please take note of which level of aggression your dog has before starting to correct it.
Mild/ Moderate: Most dogs fit into this category. In fact, with Chihuahuas, over 90% will have either mild or moderate aggression problems that can be resolved relatively easily as long as all guidelines are followed.
Here are some signs:

Severe: Very few household pets fit into this category. For those that do, they are usually breeds that have prone to aggression and high levels of unpredictable behavior. In many cases, the dog will have a history of being trained to attack.
Another element that may contribute to this is past abuse and/or neglect. There are very few dogs that when raised in a loving home will mature into being an out-of-control, dangerously aggressive dog.

Signs of this are:

How to Stop Aggression Problems

Since the vast majority of Chihuahuas – if having a problem with aggression – will fit into the mild to moderate category as explained above, the following steps are to correct this type of issue.
Before you begin, all members of the household must be in agreement. This training will not be successful if the dog knows that he can simply go to another human if he is not happy with what the other is doing. The goal of these guidelines is to teach a Chihuahua that it is his humans who are in charge.
Once a dog learns this, he develops respect for his owners. It is at that point, that aggression will stop. It is important to continue to follow these rules even after a dog has calmed down. In most cases, these things will be done for life.
This is because a dog may test things out again if he has any sense that the hierarchy may be weakening. You will find that keeping things orderly makes for a much more peaceful and harmonious household.
What Not To Do
Many times, owners will act out in frustration. No one plans on obtaining an aggressive dog; the goal was to have a friendly canine family member. When a dog snaps, growls and nips or is not cooperative, owners can sometimes respond without thinking and it can make things worse. Therefore, avoid doing the following:

What Will Help
1) Teach all basic commands. This consists of Sit, Stay, Come, Down and Heel. This will be done gradually, as other steps are followed.
An aggressive Chihuahua may not be open to taking commands from an owner at all. However, the Sit command will need to be followed and others will fall into place as leadership is established.
2) Food plays an integral role in leadership. The leader supplies it. He decides when it is given out. Quite literally, he makes a decision every day about whether a dog will survive.
Therefore, when a Chihuahua truly knows that his survival depends on his owner, he will learn to have a deep respect.
While owners do buy and prepare it, a dog does not understand that it comes from his owner if it is just placed down and the person walks away.  Another bad behavior that can develop with an untrained Chihuahua, is guarding his food and snapping if anyone comes close while he is eating. For any meal and for any snack, the rule is that the dog must obey the Sit command before his food is placed down or given to him.
Be very firm in this regard. If your Chihuahua has no idea what Sit means, you will need to gently push down on his rump, while repeating the word. It may take one try or twenty, however when he finally holds position for a count of 3, place down the food.
3) Dogs are very territorial and even puppies develop a strong understanding of the property lines of the house. To a dog, the house is the den. The surrounding yard is the territory. Out of all of the humans and all of the pets, the one enters the den first and the one who exits it, is the leader.
It is very easy to mistakenly tell a dog that he is in charge – or the topic is up for debate – when entering and exiting. Dogs are often excited to be taken out and as soon as the leash is on and the door is ajar, they will bound outside. When housebreaking, owners generally open the door, allow the Chihuahua to quickly head out and then follow along. But these actions send the wrong signals and may be interpreted to mean that the owner considers the dog to hold more importance than the human himself. This is where behavioral issues such as aggression can stem from.The rule to follow is that all humans go first, all pets go afterward. While it may be a bit harder to outstretch your arm to keep the Chihuahua within the door frame while you take that first step, it is important if you wish to fix aggression problems.4) Until a dog has proven himself to be cooperative, friendly and non-threatening, do not allow him to be on the same physical level as you. This means no sitting on the sofa together, no sleeping in the same bed and no playing on the floor together,
Interacting will still be important. A Chihuahua should be walked once or twice per day (with the dog on an owner’s left and leash kept short to aid in proper heeling) and played with (games of fetch, etc.) as you do not want him to feel isolated. However, it is best to project authority by remaining physically higher.New Paragraph

How Long For Results to Show

Some dogs will receive the message very quickly, within just a few days. With others, there will be a period of seeing if it is a phase or if an owner(s) intends to remain in charge. With most Chihuahuas, aggression will ebb away and be replaced with respectful obedience within a couple of weeks.
If a dog does not improve or if his behavior worsens, it may warrant professional one-on-one training with a licensed canine behavioral expert.