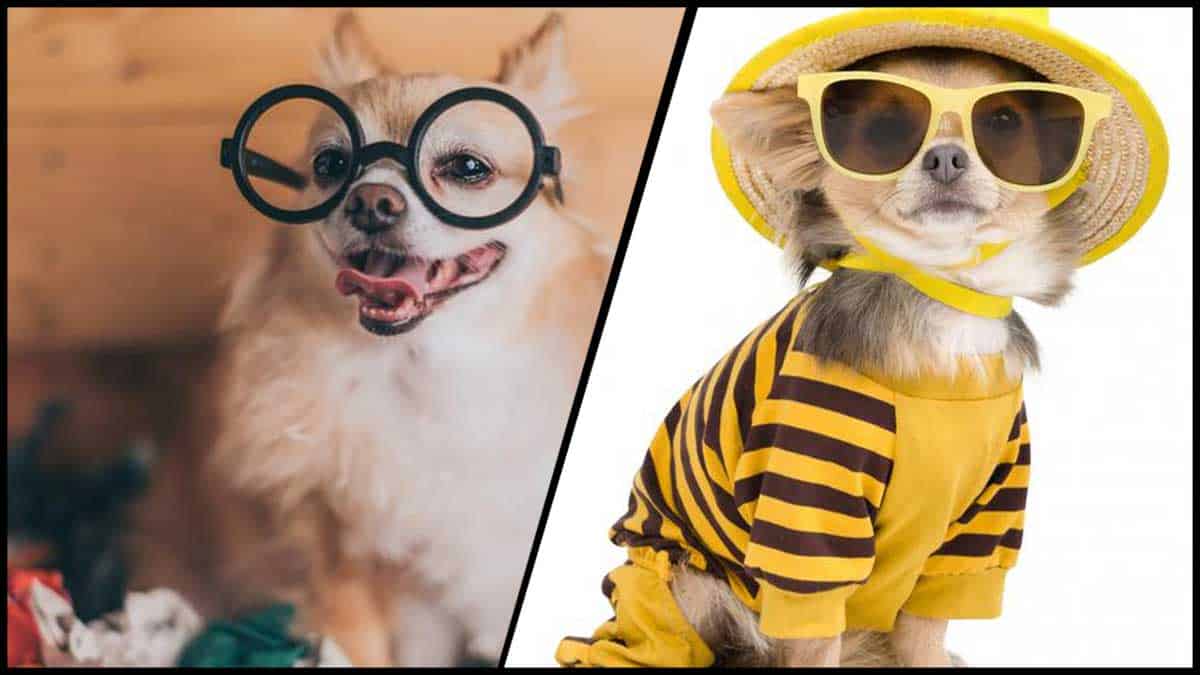 A chihuahua has become an Instagram celebrity after its owner began to dress it up and post photos online. She is now followed by Paris Hilton.

Princess Paris has built up over 25,000 Instagram followers since November 2014. She is frequently stopped in the street by star-struck fans.

The pooch was bought as a companion for 18-year-old Sofie Braid, from Telford, who started dressing her up.

Now, Princess Paris has become inundated with requests from possible sponsors and even got a meal at a restaurant frequented by Prince Harry.

Sofie’s mum Maxine, 40, said: “She’s a diva, she knows she’s famous and loves it when people touch her. That’s what being an Instagram celebrity is all about!

“She’s great with families but turns her nose up at strangers.”

Sofie said: “I was just looking for something to do really.

“We started following Paris Hilton and she followed us back; she’s commented and liked a few of our posts.”

“I’ve been stopped in a shop before by someone who said, ‘I recognize that dog I’ve seen her on Instagram’.”

Princess Paris has also opened a few doors for the family too and is frequently lavished with treats.

Maxine said: “We were in London once and wanted to get inside somewhere to eat and we saw Bung Bunga in Battersea, where Prince Harry sometimes eats.

“We looked at their Instagram and saw they didn’t have many followers. I thought I’ll be cheeky and ask if they’ll let us in to eat with the dog if we give them a plug. They let us in and the chef even came out with a silver platter of food for Paris.”

Maxine said that Princess Paris’s fame built up fairly quickly with the epic pics of the pampered pooch attracting thousands of followers.

She said: “She would constantly be updating the account with photos because that is the only way to get the followers. It took a lot of hard work, especially for those first six months.”

Paris Hilton even follows the cheeky chihuahua, who looks somewhat similar to her own pet chi which is also called Paris.

Princess Paris is even a hit within the dog community and has been asked to open up dog shows such as ChihuahuaTown, which is held in Milton Keynes and attracts hundreds of tiny pooches from all around the country and has also appeared on the huge promotional posters for the event.

While Sofie puts thought into the outfits and does buy them, she also now gets sent an awful lot of things from companies who want Princess Paris to don their gear.

Maxine said: “People will always follow animals, especially if they’re interesting, and Paris is quite cute.

“We were getting messages saying ‘would you mind advertising this?’ and sending us stuff.”