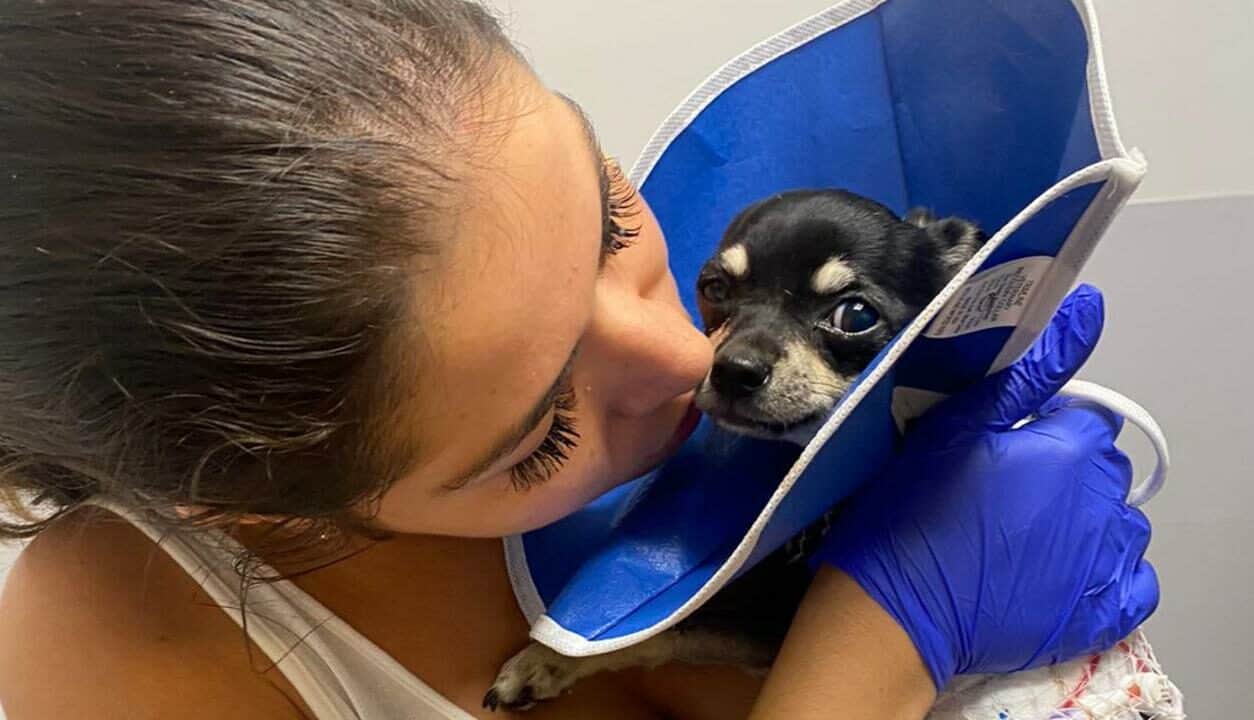 Chihuahua Pup Fights for Life After Being Attacked by Dog

A dog owner has been left “traumatized” after her tiny chihuahua was life-threatened by an off-leash dog outside her home. The pup now fights for her life, but what will come of it?

Bruna Meirelles, 31, had taken her dog, Paco, to the communal garden at her Zetland apartment building for a walk. This is what she does every day. But, then, a female dog known only as Bella, attacked.

“She didn’t bark, she just ran across the grass area. Because Paco loves big dogs, he walked towards her, his tail was wagging,” Bruna told 7NEWS.com.au.

“I reached for him but she opened her mouth. She then grabbed him and started shaking her head, which would kill him.”

Bruna used to rescue and rehabilitate fighting dogs in Brazil. So, when her pup was life-threatened, she grabbed the dog. She grabbed the Staffordshire bull terrier pit bull by the collar and put her in between her legs. That was before using her hands to pry its mouth open.

“I grabbed Paco from the floor, he was covered in saliva, he was screaming really loud. My hands were covered in blood, but I didn’t know if it was my blood or his blood,” she said.

“I was shaking, my mouth was shaking, I sat down and (the owner) looked at me and said, ‘I’m sorry’ before he grabbed the dog and disappeared.”

The Chi that Fights for Life

Bruna took the six-month-old to the Sydney Veterinary Emergency & Specialists in Rosebery where she learned he had a punctured lung making it near impossible for him to breathe.

“I didn’t even think twice, I said just do it. Do whatever you need to do to save him, I’ll do what I have to do to make it work,” she said.

“The surgeon was really clear with me about all the risks associated with surgery, and that there is a chance he wouldn’t make it through.

“I had faith but I was already preparing myself to not see him again.”

While the surgery was a success, there are still fears he has suffered further injuries, and oxygen therapy is currently keeping him alive.

“The sad part of this whole story is how much he loved his walks, there was not a single day in his life that we didn’t go for a one-hour walk in the morning,” she said.

“I think he will be traumatised, I am traumatised, he is so chilled and so happy and so lovely, and I know things have changed now, he won’t have the same life.”

Bruna has reported the incident to the local council and says while she does not blame the dog, she hopes the owner is found.

Friends helped Meirelles set up a GoFundMe page which has raised enough funds to cover the hospital fees.