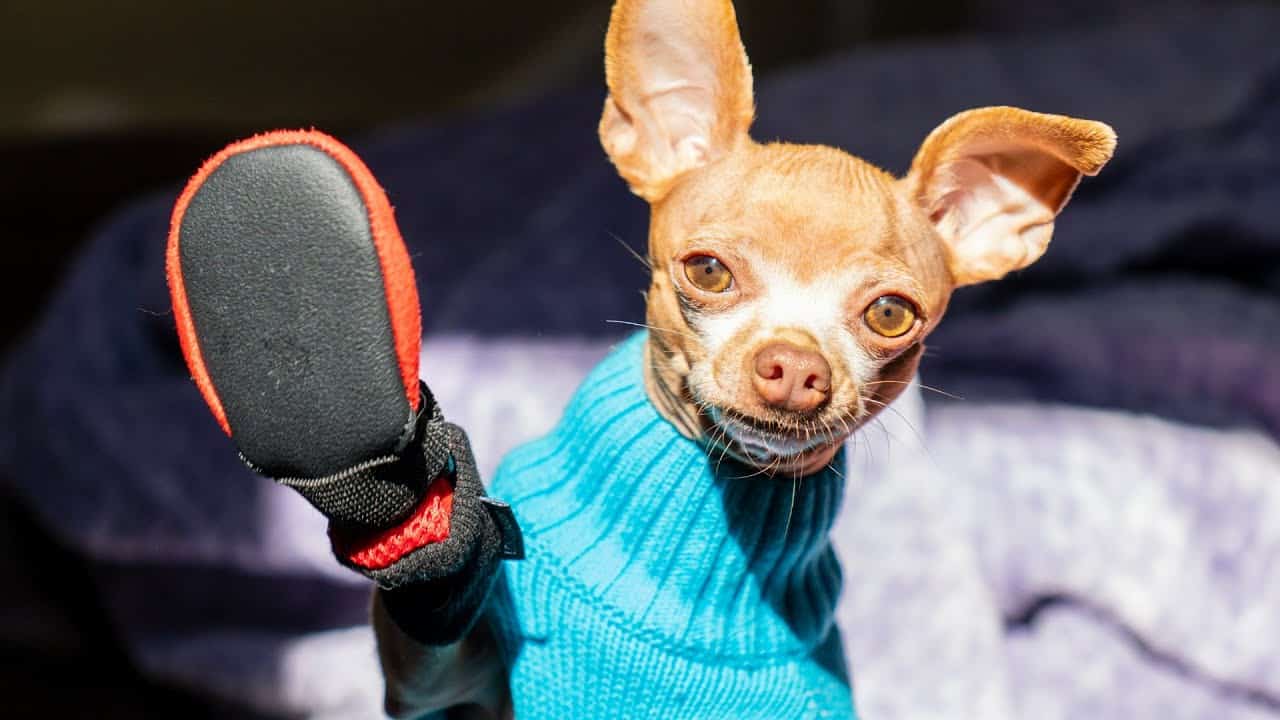 Anyone who has ever put rain boots or winter boots on a dog knows that they aren’t always the biggest fans of wearing footwear.

And as you’ll see in this viral TikTok video, sometimes pups don’t know what to do with themselves after feeling a new sensation on their paws.

The clip of this Chihuahua trying on boots was from the_albatross9.

Which currently has over 1.4 million views.
Captioned with, “Louie wasn’t a fan of his new boots,” it’ll make you laugh out loud.

Please wait until you see what this little guy does.

A word of warning: you might want to turn down the volume if you have kids in the vicinity, as the pup’s owner uses some choice words after seeing his crazy reaction to his new kicks.

What skills did the dogs have?

Good grief! Who knew that some dogs had such mad gymnastics skills?! Have you ever seen a pup walk on his front legs like that?

Viewers are just as delighted as Louie’s family with his funny little walk.

Van, They said, “Those boots weren’t made for walking.”

And @lynnettebass0 loved the clip, saying, “This was the funniest thing I have ever seen!!” Then there was @texasrealestatebroker, who saw a way to capitalize on Louie’s abilities: “Please put that dog to work; I think he’s got a great future.”

Oh, and you have love when someone notices something special in a video that isn’t the main focus. @Krista noted.

“We’re not going to talk about the lady’s matching Chihuahua pants!! 😍🥰.”

After watching the video again, she has a point. Those pants are epic. Who else thinks Louie needs a tiny pair of pajama pants to go with his fancy boots? Seeing him in matching garb would take things over the top if this video isn’t funny enough.