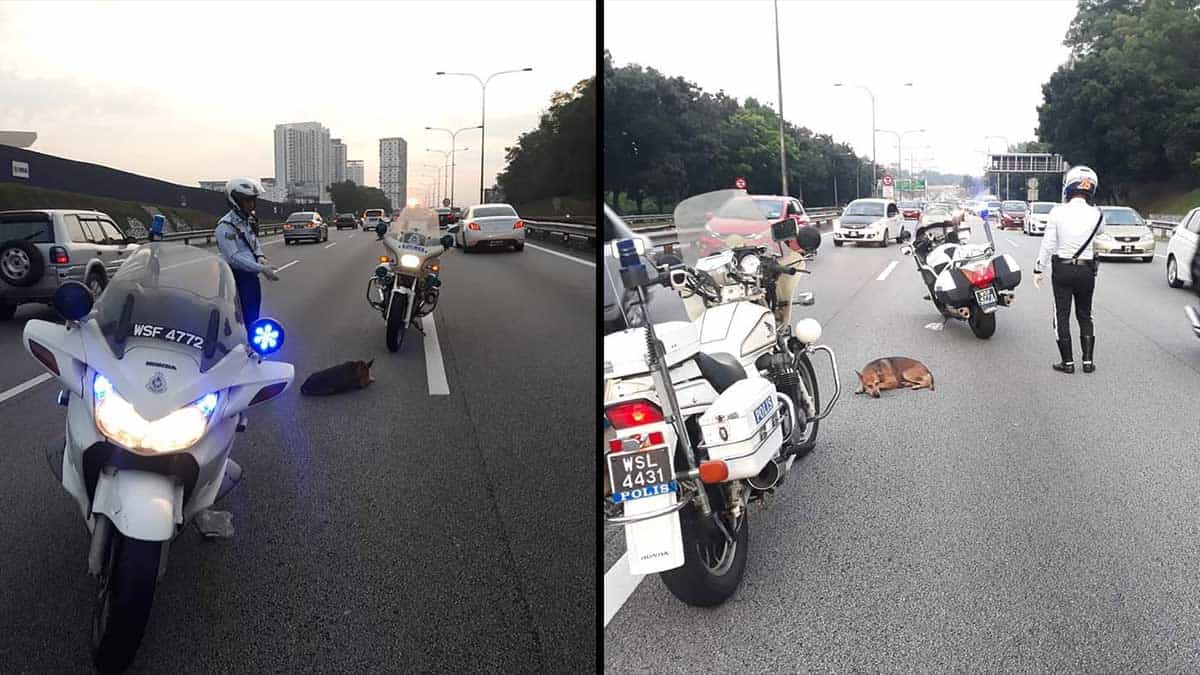 The dog was injured after being knocked by a vehicle at KM13.8 of the highway.

According to the official Royal Malaysia Police Facebook page, help was given to the dog so that it could walk again.

“Every creature on this Earth is precious, we should do good and love one another because every life deserves to live peacefully and comfortably, ” the traffic cops said in the post.

The police’s action was widely praised, with Irfan Mahfuz Yusof saying that the frontliners did not care only for humans but animals as well.

Zue Raini thanked the police for their help and kindness, saying that God would bless them in return.

Eric Pan said that the picture must be shown all over the world.