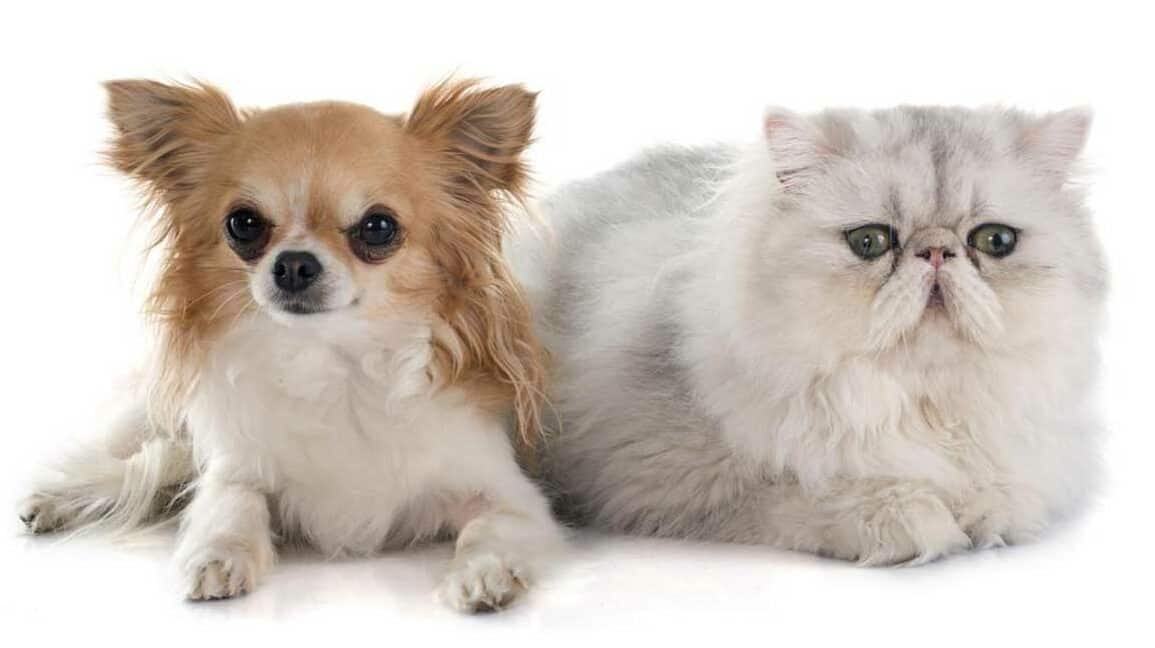 Do Chihuahuas Get Along With Cats?

For a long time, people thought cats and dogs do not get along and are mortal enemies. Who would not? Especially when you see dogs chasing cats. And cats arch their backs up and hiss whenever they see dogs around. So, do Chihuahuas get along with cats?

The truth is that most dogs and cats could become friends. Now, not all dogs can tolerate a cat’s presence. How about a Chihuahua? Do they get along with cats?

Yes, a Chihuahua and a cat could get along well if you train your Chihuahua properly and introduce them to each other in the right way. Chihuahuas are famous for being territorial and aggressive towards other animals, and cats have an overly protective instinct.

Chihuahuas are highly territorial and do not like to share their humans. Therefore, it is better to develop their socialization skills while they are still young to accept new pets in the house quickly.

Cohabitation is a big step for animals, especially Chihuahuas. If you have a Chihuahua and wanting to get a cat or the other way around, you have to prepare them first.

Do not surprise your Chihuahua by bringing a cat home. Chihuahuas can be depressed and jealous, which will create a negative impact on them. Therefore, you should consider some things.

To avoid any cause of aggression from your Chihuahua, you have to make sure that he is adequately trained and socialized. It all starts when they are young that they could adjust to changes in the future.

Here are some knicks and knacks on how to make your Chihuahua and cat get along.

It would take a tremendous amount of patience to get this thing done, but the result is always rewarding.

It does not matter what kind of dog you have or what type of cat you are getting, and it is a matter of training your dogs for socialization as early as possible.

Chihuahuas are one of the animals that are well recognized for their playful attitude toward humans and other pets. If you own a Chihuahua and a cat, you may notice that Chihuahua likes to chase the cat. The cat chasing behavior is not something that they could quickly stop.

The instinct to chase other animals is already weaved in their DNA, although there are dogs who manage to ignore a cat’s presence, most of them could not resist it. This is what we call prey drive.

Dogs like Chihuahuas were breeds of predators before being domesticated; they have the natural drive to hunt, just like their wolf ancestors who hunt for survival.

But since domesticated dogs are taken care of, they would not need to pursue prey. Yet the drive to chase animals smaller than them is still present, only to serve as playtime.

Although it does not look dangerous, it must be avoided. It will cause distress to your kittens, and your dogs may think that it is okay. You have to make sure that the ‘cat-chasing’ stuff should be stopped.

Simple Steps to Stop Your Chihuahuas from Chasing Cats

Kittens and puppies who grew up together get along very well. It is also possible for older dogs to get along with new cats, or vice versa if appropriately introduced.

Here are some easy steps to ensure harmonious living with your Chihuahua and cat.