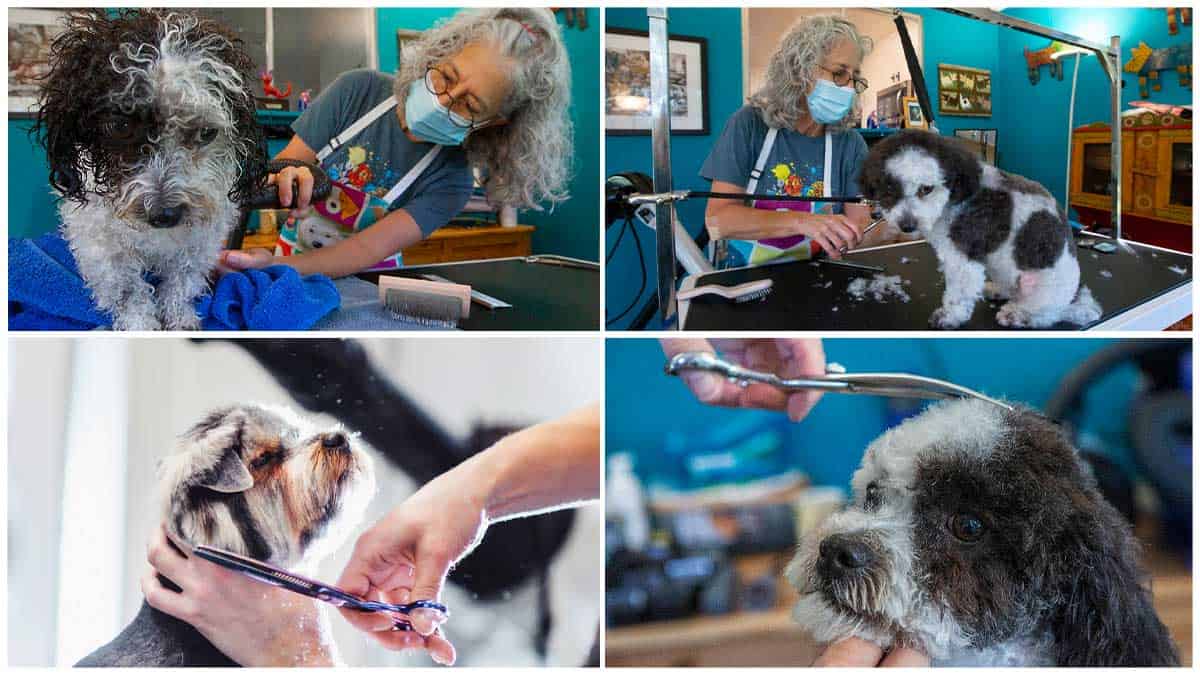 Since the pandemic, it’s not just humans who’ve struggled to maintain their personal aesthetic, with hair and nail salons limited by COVID-19.

Canines, too, have had their ablutions interrupted, growing woollier and more roguish as the month’s pass.

With the closure of Casey’s Place two weeks ago, and Katy’s Pet Salon shuttering this week, local dog grooming options have shrunk considerably, and securing an appointment has proved tough for some.

“Our community of groomers is in a crisis,” Debra Harris, owner of My Pal Pet Grooming said. “With the loss of two grooming businesses in Sonoma, we’re finding it difficult to keep up.”

Harris has owned and run My Pal Pet Grooming for 25 years and can handle just about any dog that comes her way. “From chihuahua to giant breeds,” Harris said.

Customers are booking appointments two and three months out for any service that goes beyond basic wash-and-go care. “We categorize into two different categories: simple bath, brush and nail trim, and the more skilled specialty grooming,” Harris said.

‘Our community of groomers is in a crisis. With the loss of two grooming businesses in Sonoma, we’re finding it difficult to keep up.

Harris isn’t referencing her own clothing choices, of course, but rather the perimeter of longish fringe some groomers leave intact on the breed. The right way to groom schnauzers large and small is to finish them with an even, all-over cut, she said.

Lauren Meyers, a dog groomer whose previous career required that she use her MBA on the business end of medical research, traded her graphing calculator for a pair of shears in 2017. At her home studio, Wet Nose Style, she specializes in geriatric dogs with “special needs.”

“Special needs dogs can’t go to a salon,” Meyers said. “They’re too nervous, or they bark too much.” Meyers was waiting on the arrival of a 16-year-old cocker spaniel when the Index-Tribune called, a deaf and blind rescue she described as “so, so, so cute. This is your classic special needs canine.”

Harris agreed. “You can go to a grooming school, or if you’re really brave you can watch YouTube videos. But the best classroom I’ve found is mentoring and the dog shows.”

On social media, local dog owners have been lamenting the challenge of booking grooming appointments, with some finding wait times that stretch into the new year. One commenter offered to teach another do-it-yourself skill, to which she replied: “I cut my son’s hair…but I won’t attempt the dog!”

That’s probably wise, according to Harris and Meyers. There’s more to a successful grooming session than meets the eye.

“I couldn’t run my business without my fantastic assistant Jackie Cotter, and the rest of my staff have been with me from six to 17 years,” Harris said. “But I’m the only one out of the four of us that does the skilled work, the haircuts and trims. Physically, I can only do eight haircuts a day.”

So the poodles and the Afghans and the spaniels around town may continue to look a little unkempt, despite local groomers working full tilt. Meyers, who serves on the board of Compassion Without Borders, an animal welfare organization that rescues canines from the Central Valley and Mexico, understands that a fresh cut isn’t just about comfort or vanity. “A groomed dog finds a home a lot faster than an ungroomed dog,” she said. “We’re all just trying to help meet their needs.”