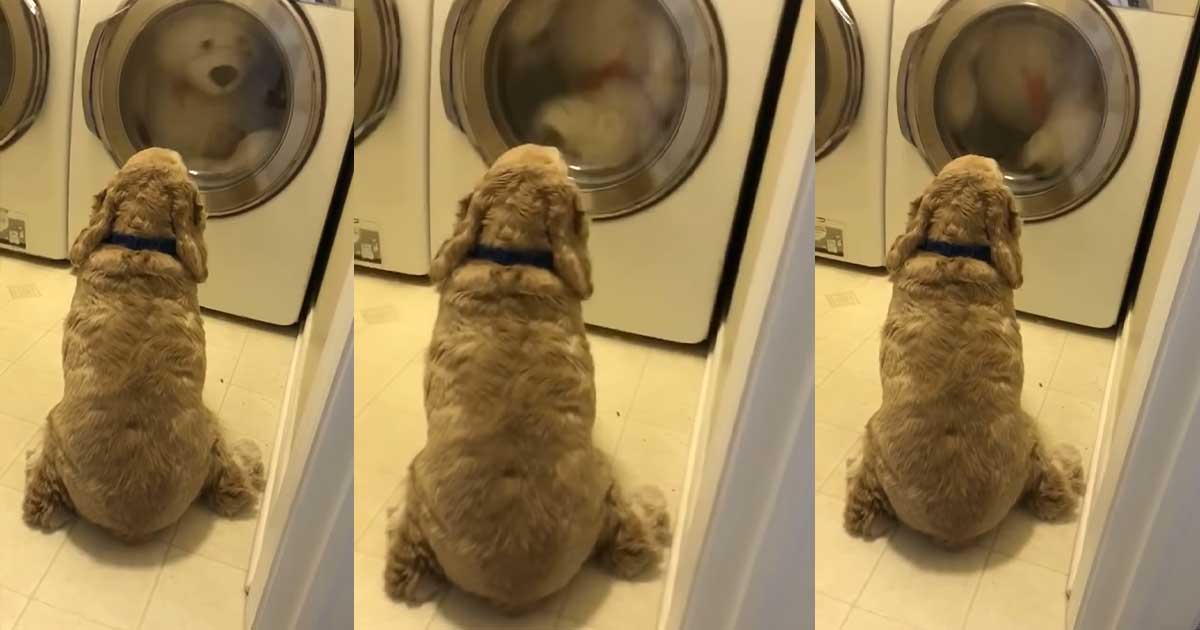 You would do anything for your best friend , this dog has a best friend and that happens to be a stuffed teddy bear. The teddy bear belonged to the owner of the dog until the dog joined the family and he claimed the teddy bear for himself.

The owner says that his dog doesn’t lose sight of the bear at all times if someone tried to pick it up Habs the dog will follow them around until they let it go.

He was so focused in making sure that the bear was okay, that his owner claims, he stayed there until the cycle was over. This was a strange thing, Jacqueline says, as Habs doesn’t usually hang around the washing machine when other loads of clothes are in.

So his motives were pretty clear- he was adamant to stay with his friend at all times. Luckily, the pair was soon reunited again, but this didn’t stop Habs from having post-traumatic symptoms of their prior separation.

That night Habs perhaps dreamed that his teddy bear pal was in danger as he woke up and ran to the washing machine to check whether his friend needed help.