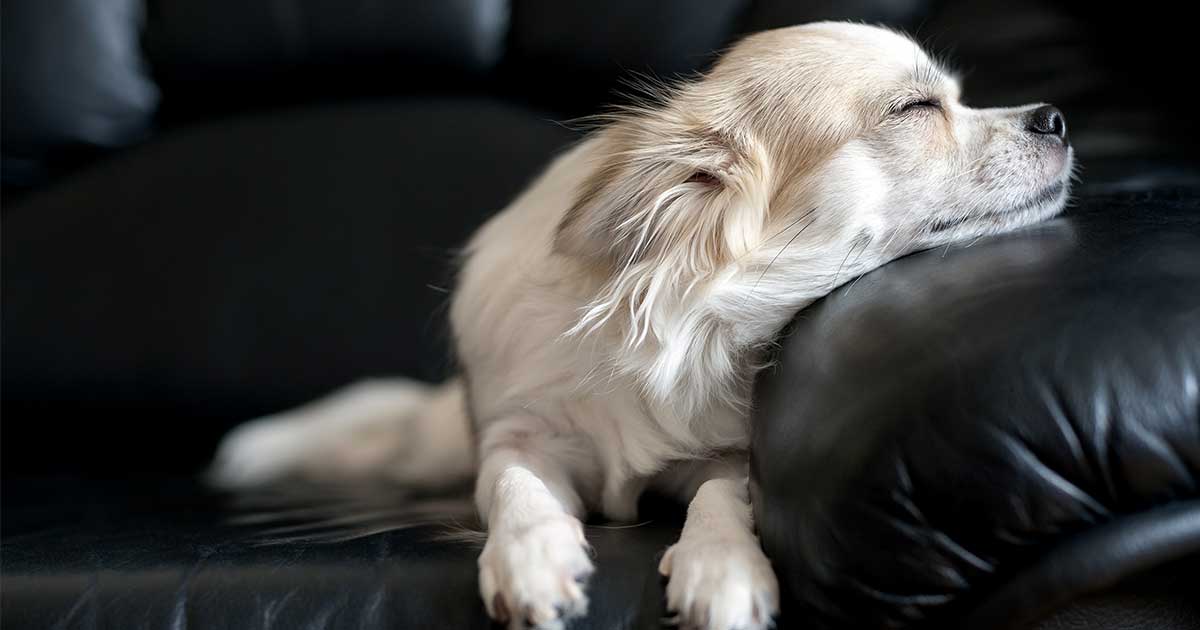 Dogs Dream about the Humans They Love, do You Believe?

Have you ever wondered if dogs really dream about chasing kittens and cats? According to Harvard psychologist, Dr. Deirdre Barrett, canines are likely dreaming about their human caretakers. Barrett has been studying sleep behavior in humans for years. Although she says there’s no 100% certainty to know what animals dream about, Barrett can extrapolate what she knows about humans—because after all, we are animals, too.

One certainty is that most mammals, including dogs, have a similar sleep cycle to humans—which means they move fluidly through deep sleep to a less brain-active state and then on to stage of Rapid Eye Movement (REM). This last phase of the cycle is where dreams occur in humans. Barrett deduces in an interview with People: “That certainly makes it the best guess that other mammals are dreaming, too.”

So what do they dream about? Again, Barrett looks towards humans as her guide. “Humans dream about the same things they’re interested in by day, though more visually and less logically,” she says. “There’s no reason to think animals are any different. Since dogs are generally extremely attached to their human owners, it’s likely your dog is dreaming of your face, your smell and of pleasing or annoying you.” Barrett also confirms the age-old tale that dogs really are acting out their dreams when they kick their legs out and run while lying down.

While we can’t know for sure if human interaction can influence their dogs’ dreams, we can still try. Barrett recommends, “The best way to give ourselves or our children better dreams is to have happy daytime experiences and to get plenty of sleep in a safe and comfortable environment. It’s a good bet this is also best for pets’ dreams.”