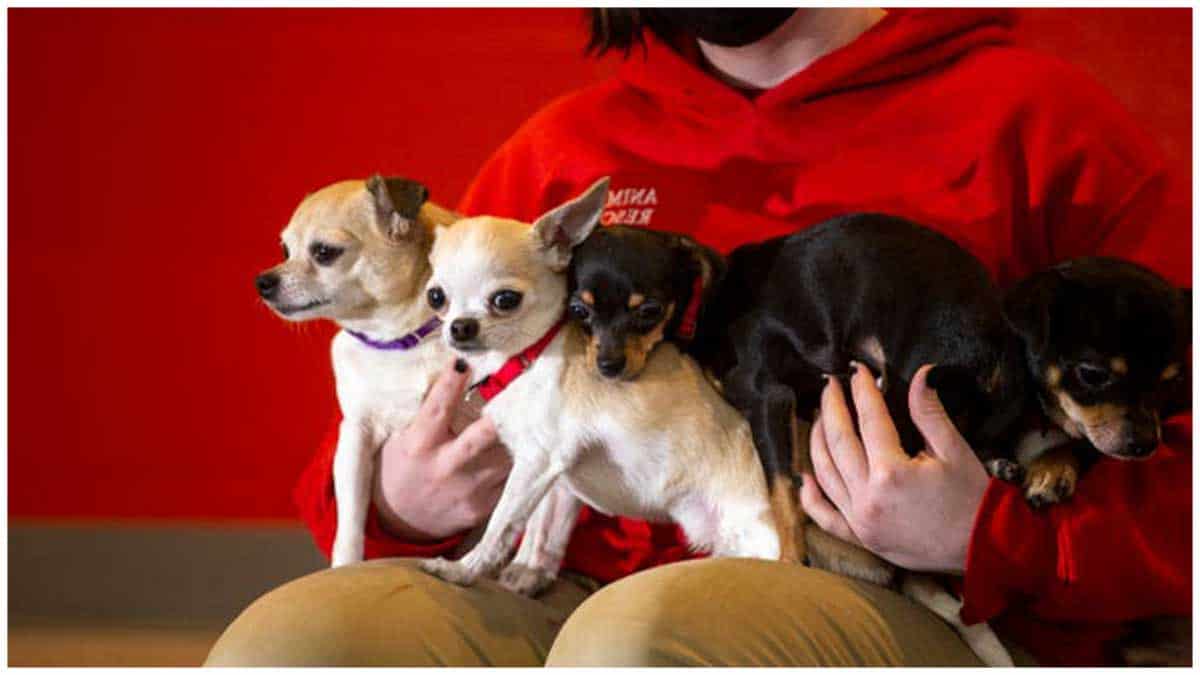 Dogs Seized from Weymouth Home Up for Adoption

The Animal Rescue League of Boston and local police removed 31 Chihuahua-type dogs from a Weymouth home. This was due to unsanitary conditions, and now, the pups are looking for forever homes.

Weymouth police said they executed a search warrant on Forest Street on Monday, Jan. 11, after receiving complaints about overcrowding. After this, the police and the local animal control officer were assisted by the rescue league. They also worked with animal control officers from Scituate, Braintree, and Cohasset.

The Animal Rescue League took in 21 dogs while transporting ten others to the Scituate Animal Shelter. Sadly, one of the dogs needed emergency care and was taken to a nearby animal hospital.

They removed the dogs due to unsanitary conditions, which is typically a byproduct of overcrowding.

Lt. Alan Borgal said the dogs appear to have been kept in an illegal kennel. Now, the Weymouth police are seeking charges against the dog owners.

What’s interesting is that Borgal of Quincy said authorities were familiar with the family keeping the dogs. And, that they were already on a plan to reduce the number of dogs in the home.

“This has been an ongoing situation with animal control,”.

Moreover, Borgal said it was important for people buying dogs to check to ensure the kennel they are using is licensed.

However, one of the dogs needed emergency care and were immediately transferred from the home to the VCA South Shore Weymouth Animal Hospital. Also, the remaining 20 that the Animal Rescue League took were brought to their Dedham Animal Care and Adoption Center and received veterinary exams.

The Future of These Chis

Several of the dogs were diagnosed with heart murmurs and dental disease, and three will require surgery. Four of the dogs are being held in custody as legal matters play out, but 14 of them will be up for adoption later in the week, according to the Animal Rescue League.

The Animal Rescue League said it urges people to reach out to their local animal control or the rescue league’s law enforcement office by calling 617-426-9170 x 110 or emailing cruelty@arlboston.org should they know of an overcrowding situation.

The rescue league said in a statement that overcrowding can lead to serious health concerns not only for the animals but for people living among the animals as well. Overcrowding often leads to under-socialized animals, creating ongoing behavioral issues, particularly for older animals, according to the rescue league.