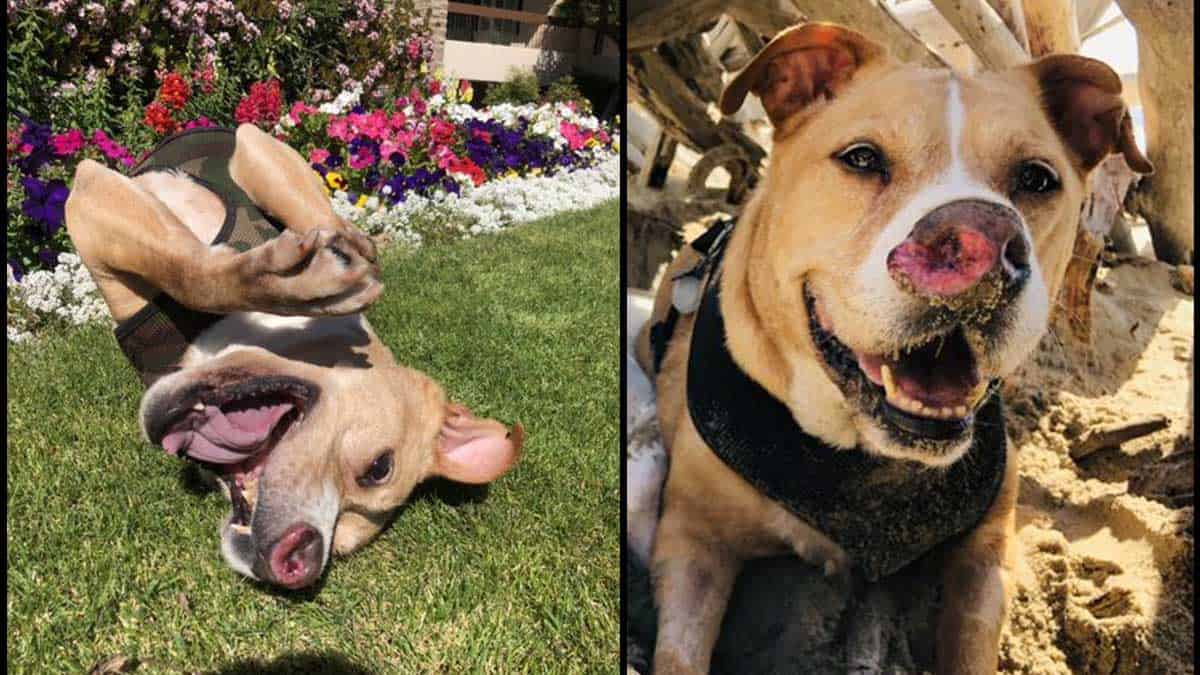 During the pandemic, this old dog finally find a home

This is what love in the time of coronavirus looks like:

It’s a big, bright-eyed dog named Toretto who had no idea that his chances of leaving the shelter were fading fast. Indeed, the dog with the ever-twirling tail had already spent four years at the Humane Society of Imperial County in El Centro, California. At the ripe age of 9, despite his irrepressible charm, he hardly screamed “pick-me” to visitors.

Then there was the fact that Toretto was born under a bad sign. As a pitbull mix, he was saddled with a lot of hope-crushing prejudices.

And, on top of all of that, along came a pandemic — not exactly a time when adopting a dog is top of mind for a lot of people.

But then again, Michael Levitt isn’t like a lot of people. A TV producer based in Southern California, he’s also a board member with the Grey Muzzle Organization, a group dedicated to helping senior shelter dogs. And he had fallen in love with Toretto.

“He had me at his video that I saw online in which volunteers at the shelter were pleading for somebody to come rescue him,” Levitt tells MNN. “In the video, he was so jubilant and happy. That meant a lot to me because, if you consider that he had been sitting in a shelter for four years and he still had his spirit and his happiness. That’s what really pushed me over the edge to say, ‘I have to step up and give this guy a second chance. This cannot be his last chapter.'”

So Levitt and his partner Marc Loren agreed to foster Toretto, and introduce him to the rescued dogs already in their family: Trooper and Nelson.

But fate had a tragic twist up its sleeve.

Levitt had agreed to foster Toretto during the COVID-19 crisis, a time when shelters needed extra caregivers. He also knew there was a possibility the dog had cancer in his nose.

“I knew what I signed up for,” he says. “We got the confirmation of the biopsy after he came into our home. It took about an hour for Marc and I to decide that we were foster failures and that he was definitely going to become a part of our family.

“Knowing that he has cancer made us want to help him even more.”

Besides, that diagnosis probably didn’t mean a whole lot to Toretto. Because, like every dog, he lives in the moment. And after so many years at the shelter, being passed over for one reason after another, Toretto is finally having his moment.

“Listen, I know we’re in for a tough road ahead,” Levitt says. “And there’s going to be a lot of scary things to navigate through, including surgery, but if we can extend his life and give him quality of life, that is such a beautiful thing. That’s what I’m most excited about — to truly give him the life that he deserves.”

That will likely entail teaching an old dog new tricks.

And yet, from the start, Toretto knew what it meant to have a family.

“It’s been such a smooth transition bringing Toretto into the family. It’s like he’s been part of the pack for a long time.”

Like many people who love dogs, Levitt chats with them often. During a recent talk, he assured the pack that love doesn’t divide. It only multiplies.

These dogs may not do the math. But every day, they multiply that love.

“These are scary, uncertain times for all of us,” Levitt says “We don’t know what the future holds. We’re helping Toretto, but Toretto is helping us. Having this beautiful, sentient being in our home — and having to think about somebody besides ourselves — has really helped us get through the scariness of what we’re all dealing with.”

Watch a video about Toretto’s journey — from shelter to family — below: