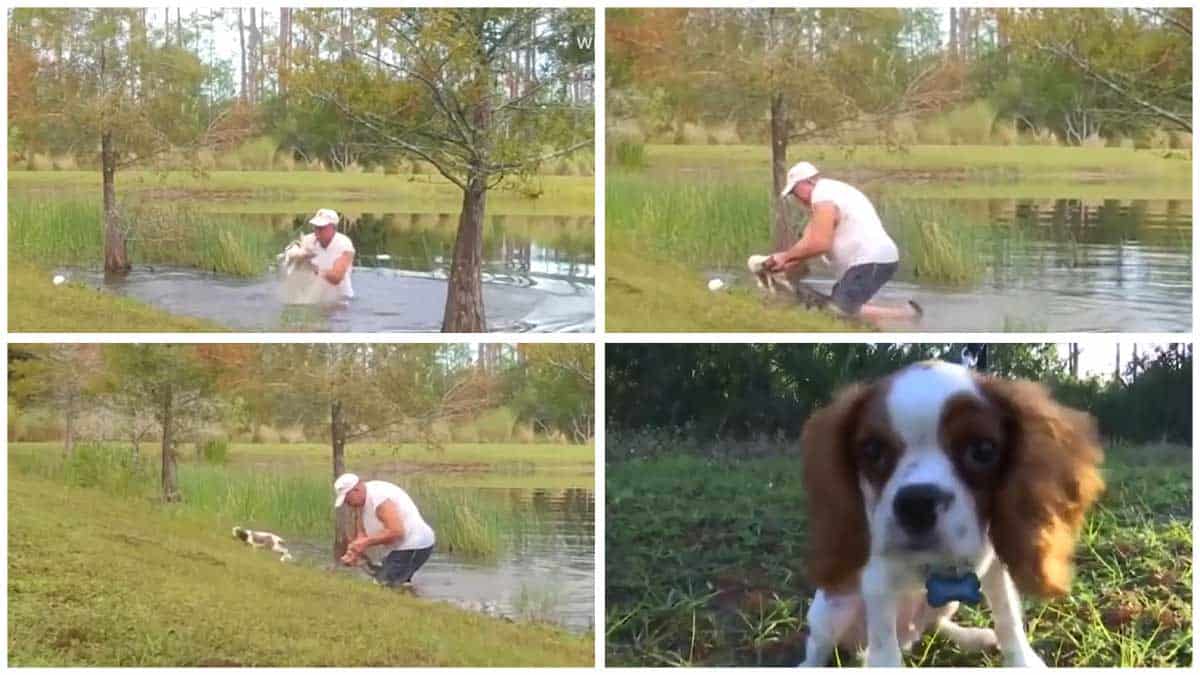 Florida Man Smoking a Cigar Rescues Chi From An Alligator

It’s not every day you see a man summon the courage to enter a pond and fight a dinosaur, but this went down in Florida so I guess it’s within the realm of reality. The Florida Man woke up that day and decided to go sleeveless.

‘Suns out, guns out,’ right? The weather’s been nothing short of phenomenal the past few days in Florida, by the way. Then he grabbed a cigar and took his dog outside so the puppy could relieve itself in the backyard. At least I’m assuming this is the chain of events that took place.

All that we really see is the man ripping an alligator’s jaws apart to save his puppy from what would’ve been certain death, if not from the bite then from drowning.

He’s being hailed as a hero and rightfully so but experts are also warning that should you ever find yourself in his shoes you shouldn’t charge into a lake to fight an alligator. The yelping of the puppy is a bit disturbing for some so I suggest maybe watching this footage on mute or with the volume turned down very low. You’ll still get the full effect of the video.

saved the puppy from getting eaten by an alligator and never dropped his cigar, a true legend pic.twitter.com/ryRSfZqOsy

He’d later tell news stations that his instincts kicked in and the adrenaline surged when the alligator seized his dog and that’s what led him to charge into the water and save Gunner’s life. The Florida Fish and Wildlife Conservation Commission released a statement saying “we encourage everyone to take precautionary measures, particularly those who live or recreate near the water. Dogs and cats are similar in size to the natural prey of alligators.”

The best advice I can give to any Floridian worried about an alligator attacking their dog is to get the largest and smartest dog they can find. If you get a chihuahua or some dog that’s smaller than a cat then you’re going to live your life in fear. But if you get a dog breed like a Cane Corso who can likely handle his own against any gator smaller than a submarine then life won’t be so stressful.