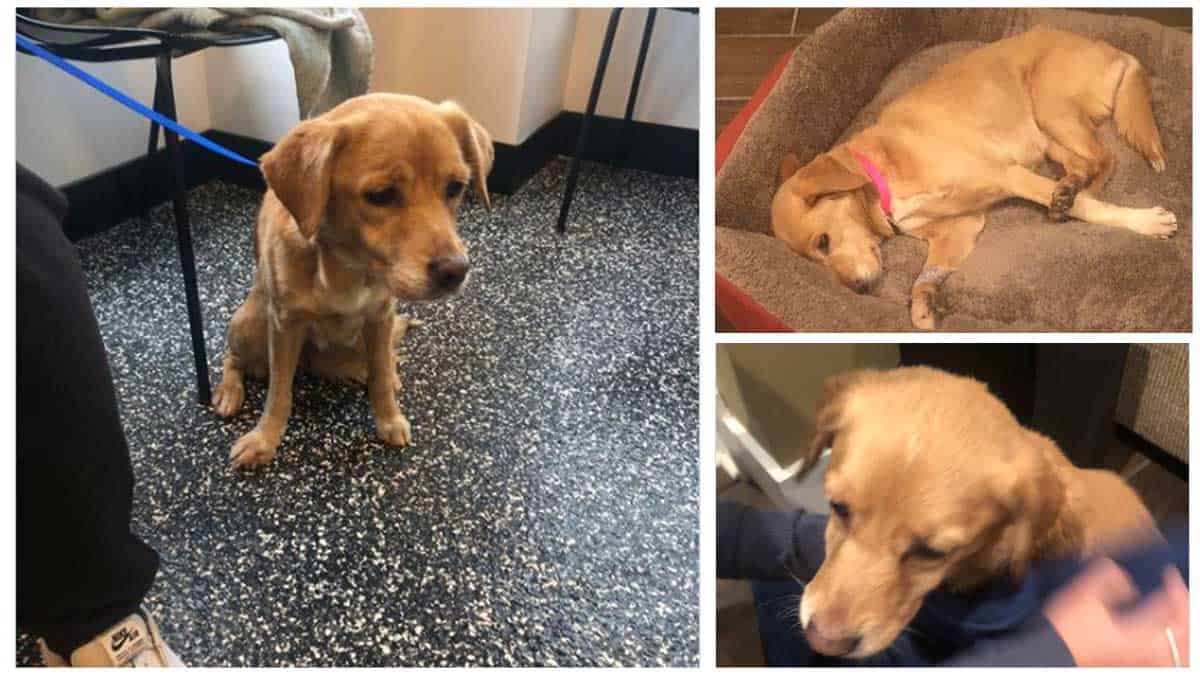 A small cute mistake of a man was the open door to a new life for a cute dog.

Jack Jokinen one night failed in closing his door properly, and went to sleep completely clueless that he started a chain of events, that will make him gain a new family member.

The next morning Jack was woken up by his wife that informed him about a strange dog inside the house, the man went to check and sure enough in his living room was a dog.

The dog was shaking from the cold, and nor Jack nor his wife had any idea where the pooch came from.

They saw the door closed, and then started to fear that there might be more dogs hiding in their home, so to solve the case, Jack went to check up the cameras, and the mystery gets solved.

The security footage showed how after he returned home from a walk with his dog George, he failed to close the door properly, so when the wind blow it opened the door and the stray puppy didn’t let go of this opportunity to escape the freezing temperatures.

The video shows the dog that got named Suzy after, hesitating before taking the decision and ran inside the house.

Her body was soaking wet from the rain and poor pooch was freezing, once inside she curled up until Jack’s wife discovered her the next morning.

While they continued to watch the security footage, they found out that a good Samaritan has closed the open door when he walked by, so that solved the mystery how dog was inside and the door was closed, the kind man looked inside to check that everything was fine and then closed the door on his way out.

The man had no idea that when he closed the door, he accidentally trapped Suzy inside and she wasn’t able to leave before the family woke up and found her.

After they solved the mystery, the couple dried the poor dog off and soon realized how sick and in need was she.

First they considered sending her to an animal shelter, but then they started to worry she would not fare well on a shelter.

So they decided to keep her in and take care of her, they sent her to the vet where they discovered she was a senior 9 year old dog also was unchipped.

The vet diagnosed the dog with a paw infection, heart murmur, dental issues and a flea infestation.

The poor animal was so thin that her ribs were clearly showing.

The kind couple decided to keep Suzy and give her the medical treatment she needed, and after they shared the unique story on social media, a lot of people suggested them to start a GoFundMe so that people could help Suzie.

Jack listened to the suggestions and started the page but he assured than even if no one donates he and his wife will continue to get Suzie the help she needs.

15,000 dollars were raised towards Suzie’s medical bills in the end, if you want to participate you can do it via Jokinen’s PayPal and Venmo accounts.

Suzy now is thriving in life, she gets all the love and care she needs from her beloved family.

She loves her dog bed, and gets along great with her dog brother George, he is so sensitive towards her and gives her space so Suzy gets used to her new life.

Thanks to a small accident, this dog’s life took a turn for the better, and now she lives happily with her cozy family.