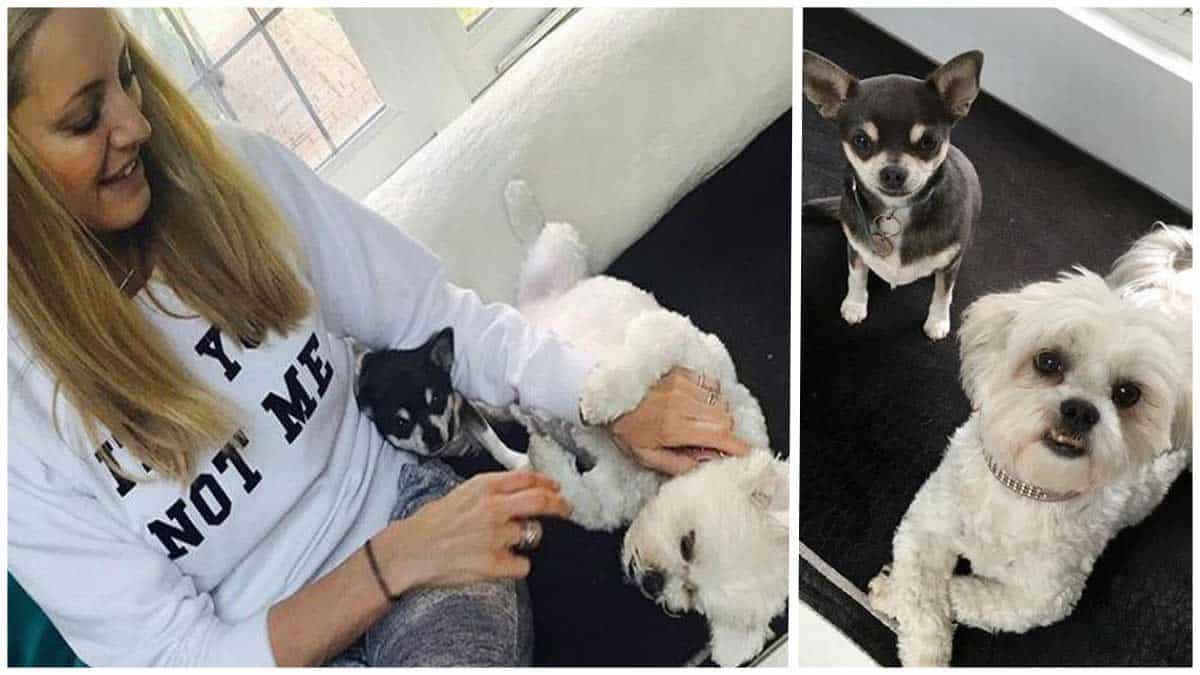 The adorable Maltese Shih Tzu bolted out of the family house and into the path of their Range Rover which was being driven by Tess Daly as she returned home.

The couple faced ‘every dog owner’s worst nightmare’ after the adorable Maltese Shih Tzu bolted in front of their Range Rover while Tess was at the wheel.

The tragic accident, which happened in March 2019, had a ‘huge effect’ on the whole family who viewed the pooch as a member of the family, the Mirror reports.

How Tess Daly Declared the Event

Speaking at the time, Tess told The Sun on Sunday: “I’m devastated by this terrible accident. It’s a dog owner’s worst nightmare.

“It has had a huge effect on the whole family and we are heartbroken at losing Minnie.

“This has, and continues to be, a very emotional time for us all.”

A source added: “Tess is absolutely beyond heartbroken.

“She and Vernon have drummed it into the girls that they must never, ever let the dogs out and sure enough, the animals always stayed indoors.

“But they have had the builders in, carrying out various bits of repair work in the courtyard. And one of the laborers foolishly left the front door open – and Minnie escaped.

“Tess had been out for the morning and as she drove back in and up the driveway she was too high up in her 4×4 to see Minnie suddenly bolt out.

“It all happened in a flash and there was absolutely nothing she could do. But it was sickening.

“Minnie was like another child to Tess and Vernon and to lose a member of the family in such a tragic, hideous way is understandably devastating.”

It was the second time in three years that the family suffered a shocking bereavement, after losing their Labrador Sam in 2016 to what was believed to have been lungworm.

Tess has taken over Vernon’s Instagram while he’s in the I’m A Celeb castle and has been keeping fans up to date.

When he first went into the castle she shared a video in which she told fans: “Hi, I’m doing Vernon’s Instagram account whilst he’s away on I’m A Celebrity!

“I’m excited to watch aren’t I Blue? Yes, I am! But I’m also nervous because his biggest challenge I think will be food!

“He loves food so much I don’t know how he’ll cope without food. And he’ll miss his kids, and these two, obviously!”

Tess has admitted she’s struggling without Vernon and is missing him terribly.

She told Lorraine: “Oh my goodness, it feels like he has been away forever.

“I think about him every moment of every day and I watch him every night, he is doing brilliantly and it’s lovely watching him but it’s nerve-wracking, it really is.

“I worry about him being cold, about him not eating…”

Tess also revealed she has been having sleepless nights, adding: “Honestly, I have barely slept.

“I don’t think I have slept more than five or six hours since he has been in there.

“The other day I woke up dreaming I was doing a challenge with Claudia [Winkleman].

“It involved snakes and being underground and it was terrifying…

“I am living and breathing it every step of the way but loving it. I have laughed with them and cried with them.”

Tess revealed she watched the show every night with their daughter Phoebe, 16, and with their other daughter Amber, 11, on Friday nights, as her bedtime is a little later.

“When he said ‘hello’, I looked at their faces and they just lit up,” she said.

“They miss him, they haven’t seen him for four and a half weeks now because they were isolating for two weeks before going in.”