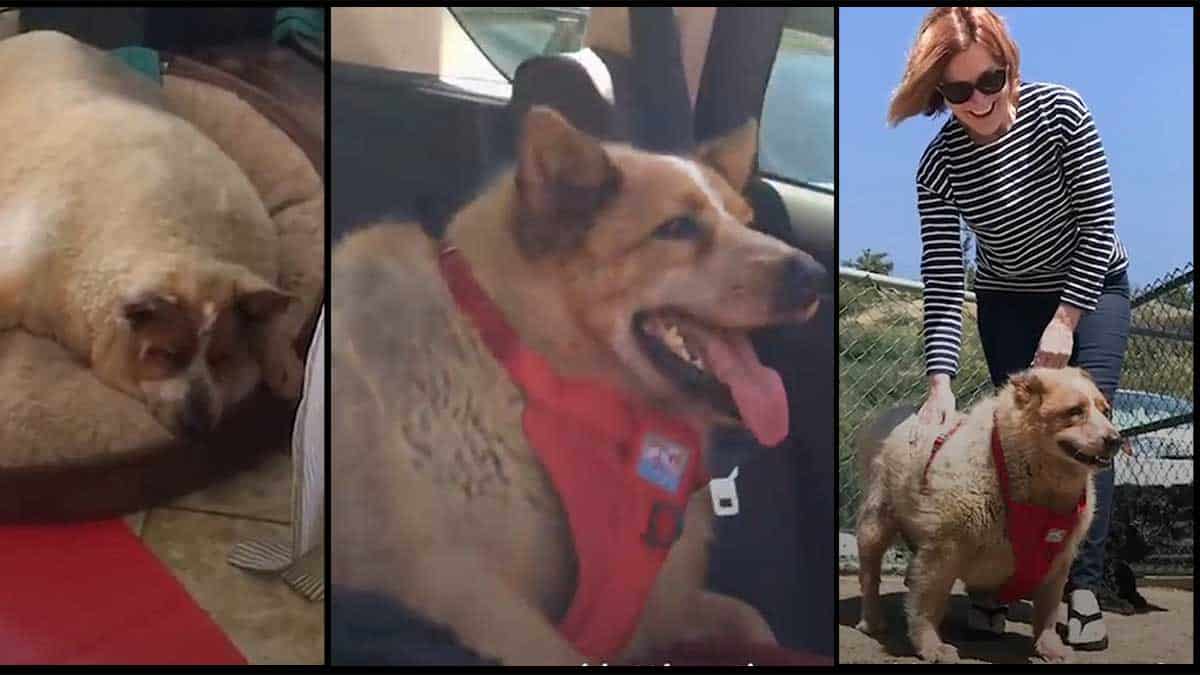 A poor obese dog was found dumped- face down near a farm.

Poor dog is named Arbuckle (or Fatty Arbuckle) and weighed 116 lbs, he barely walks since his tiny joints were unable to sustain his weight.

LA’s “A Purposeful Rescue” took him in and promised to help him.

After a check up at the vet, it was revealed that poor canine was suffering from hypothyroidism, and that was the reason why his body puffed up like a balloon. Because of his painful joints the dog was rendered immobile, so firstly his treatment was based on medicines alone.

After some time he got a bit leaner and was able to walk again.

Once the pooch started to lose its weight there was no going back for him anymore.

Actress Jane Lynch and her partner learned about Arbuckle during this time so decided to adopt him.

They gave him a forever home and plenty of love and care, the dog on his own became a famous influencer, since the difficult weight loss process became an inspiration and motivation to people.

It’s not surprising that they call him a miracle dog, check it up yourself how amazing he is.

Update: We are heartbroken after we received the news that the poor dog has passed away recently at 9 years old, the shelter received a whopping $5000 in donations overnight after the dog passed away, all from people who cheered on Arbuckle and wanted to celebrate his inspiring life.