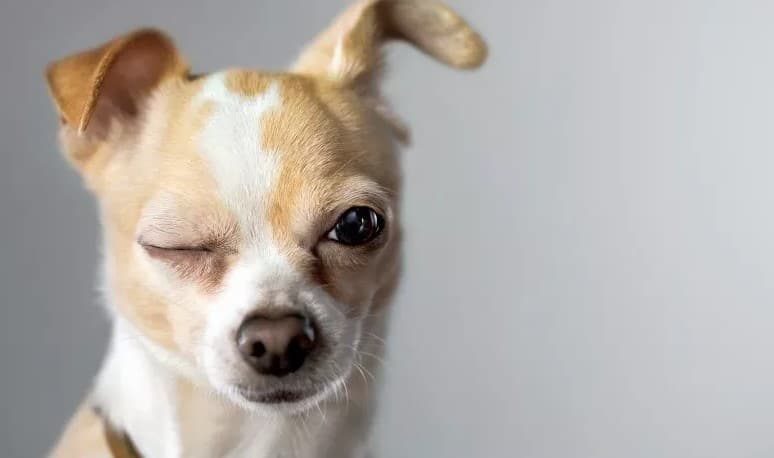 Hilarious Video of Chi Pretending to be Injured

A chihuahua named Hermes has left online commenters in stitches after a hilarious video showing him faking that. He’s hurt to get his mom’s attention went viral on social media.

The video was shared on TikTok this past Friday. It was initially shared by the dog’s owner under the username Hermes_and_madi.

Moreover, this video shows the dog pretending to be injured and howling at his mom. She, in turn, pretended to fall for his play until she suggested they go for a walk. And he suddenly was healed.

It turns out that dogs can fake pain. They usually do this when they want more attention or to get their way with something. According to the website WagWalking.

One way to spot the signs that pets are faking an injury is to keep an eye on them. And notice whether they suddenly start limping or acting like they’re in pain. You may then spot them playing with their toys. So, or walking like nothing ever happened when you’re not seen watching them.

However, signs of a fake injury in pets include whining, pacing, whimpering, averting eyes, sudden improvement in an “injury,” and limping for no apparent reason. And sporadic symptoms. Usually, the symptoms begin when they notice you are watching them.

What does the American association say?

The American Society for the Prevention of Cruelty to Animals says your dog may also whine when it wants your attention. A reward, or a desired object.

The video, with a caption that says, “it’s the shivering whine for me.” Has attracted animal lovers across the platform, receiving over 10.1 million views and 2.9 million likes.

One user, Jackîe, said: “Why are chihuahuas so dramatic.” And Jasmin Smith commented: “My chihuahua kept screaming when we touched her, and the vet said, ‘ignore her. She’s lying.'”

Another user also, Robin Gessner wrote: “my chihuahua yelps when the other dog doesn’t move anywhere, close to her for attention, and then limps to comfort her terrors.” Lilitha S joked: “He’s saying ‘ow’ in Australian.” And Mar RA wrote: “He’s THE DRAMA.” MidEvlDed added: “I’m cured!! k, let’s go.”

User Butlikekakashitho said: “My existence is what hurts mom. I’m not okay.” And Markula4040 wrote: “‘Is Hermes not okay.’ ‘NOOOAAAWW.'”

BabyDee joked: “AND THE OSCAR GOES TO HERMES for best dramatic actor in a mini-series!!”

Corinth113 said: “This reminds me of the time my dog limped for a whole day. Got excited to go outside and walked fine, REMEMBERED, and started limping ON THE OTHER FOOT.”

Newsweek reached out to Hermes_and_madi for comment and could not verify the case details.