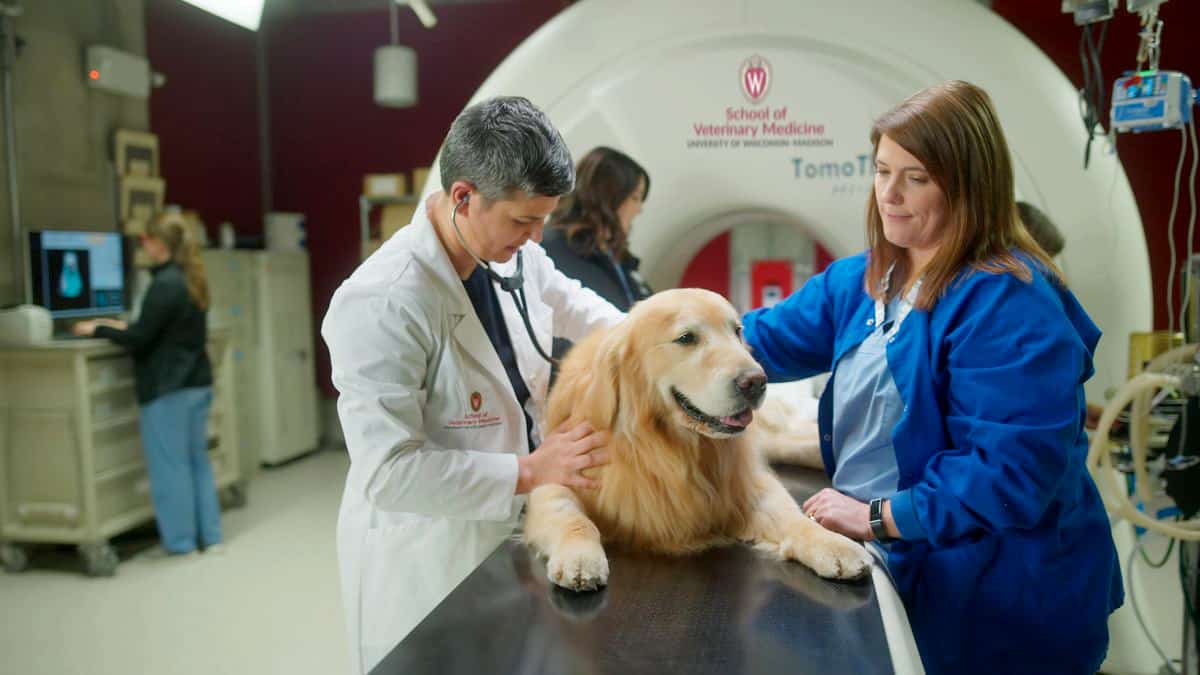 His dog was saved from deadly cancer. He bought a $6M Super Bowl ad to thank the vet.

“I’m like, ‘I’m not putting that dog down,'” said WeatherTech CEO David MacNeil, whose dog, Scout, was saved by the University of Wisconsin’s veterinary school.

His dog was given a month to live. But the owner, who couldn’t accept that prognosis, is now thanking the veterinary clinic that saved his beloved pet by taking out a $6 million Super Bowl ad.

David MacNeil’s 7-year-old golden retriever, Scout, collapsed in summer 2019, and a veterinarian told him the dog had cancer and one month to live, according to NBC Madison, Wisconsin affiliate WMTV.

“There he was in this little room, standing in the corner… and he’s wagging his tail at me. I’m like, ‘I’m not putting that dog down. There’s just absolutely no way,” said MacNeil, who is the founder and CEO of WeatherTech, a car accessories company.

He took Scout, who serves as his company’s unofficial mascot, to the University of Wisconsin School of Veterinary Medicine.

The dog had a one percent chance of survival, but doctors at the veterinary school treated Scout with aggressive chemotherapy and radiation that nearly eradicated his tumor.

MacNeil was so grateful he took out the ad, a 30-second spot called “Lucky Dog” that opens with Scout running on the beach and tells the story of his survival.

The spot encourages viewers to donate to the veterinary school’s research.

The dean of the school told WMTV that the ad is good for veterinary medicine as a whole and for cancer research that can also benefit humans.

“This is an amazing opportunity not only for the University of Wisconsin–Madison and the School of Veterinary Medicine, but for veterinary medicine worldwide,” said the dean, Mark Markel.

Research into animal cancer often informs how doctors understand cancer in people, he said. “So much of what’s known globally today about how best to diagnose and treat devastating diseases such as cancer originated in veterinary medicine.”

MacNeil said he hopes the spot does some good.

“I hope it has a positive impact on cancer for animals and people, all over the world.”