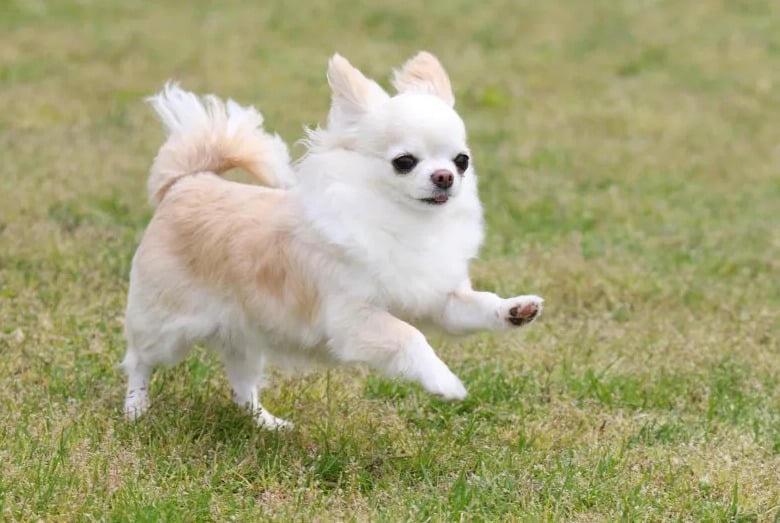 A frightened dog owner has shared the heart-stopping moment her tiny Chihuahua slides into a lion’s enclosure.

In a viral video posted on TikTok account middlechilldjenna, the pocket-sized pooch accidentally found himself in a lion’s home. Spencer, the small dog, is just feet away from the lion, who is thankfully behind another gate, albeit prowling menacingly.

The video has racked up over 242,000 likes and three million views.

Spencer wouldn’t stand a chance if he were to get underneath the second barrier blocking the lion’s way. The average lion weighs anything from 330 to 575 pounds. A Chihuahua’s average weight is between two to six pounds and a fraction of the big cat’s size.

Despite this colossal difference, Spencer seems unfazed as he can be seen wagging his tail.

According to the American Kennel Club, Chihuahua is a tiny dog with a huge personality and a big-dog attitude, so it is no surprise that this little puppy appears fearless.

The top comment received over 21,000 likes, and it said: “Spencer almost became a kitty chew toy.”

His doting owner backed her little dog by saying: “I reckon he had a chance to be the pack’s new alpha.”

Another dog owner agreed, and user jackoliverxx said: “I have a chihuahua legit the same… he would do this.”

In the comments, the original poster revealed the video was taken at a circus in Miranda, Australia, as other users questioned why there was a random lion “in a field.”

Many TikTokers paid less attention to Spencer’s close encounter and sympathized with the large cat, clearly out of his natural habitat.

TikTok, Stevie woo-woo, said: “That poor lion,” and another wrote, “this is so sad.”