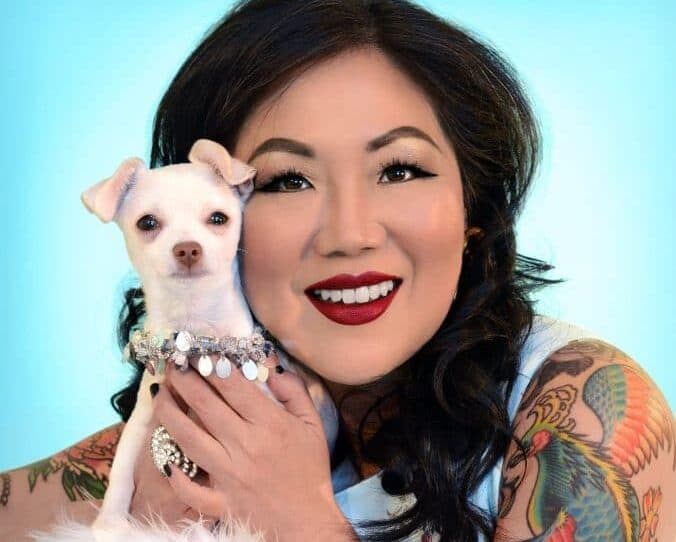 “They’ve taught me, just really, about unconditional love, but it’s kind of conditional on me having chicken.”

Margaret Cho tells PEOPLE about living with her chosen family, including her Chihuahua dog Lucia and two sphynx cats, Sacre Coeur and Sarang

For Margaret Cho, her Chihuahua dog Lucia and two sphynx cats, Sacre Coeur and Sarang, give her unconditional familial love.

“[Lucia] is really my daughter. Lucia is really a mama’s girl,” the comedian tells PEOPLE in the magazine’s second annual Pride Issue of the 2-year-old dog she rescued from the Michelson Found Animals Foundation as a puppy. “She found me, she rescued me,” says Cho, who also raves about her “remarkable looking, just special, really beautiful” two cats, adding: “I’ve never had cats before. I’m more of a dog person myself, but now I’m also very much a cat lady.”

Even before moving to Los Angeles from San Francisco in 1991, Cho found a sense of home thanks to her chosen family, which includes animals and the queer community — who sometimes “had difficult relationships with their biological families” and “really helped me shape the idea of family,” the actress says.

The Good on Paper star, who grew up in San Francisco’s Polk District, where her parents owned a gay bookstore, says she’s “always known” that she was “part of the queer community” since childhood, adding that “it was just very normal to be around gay people. It wasn’t odd or different. There was just something very every day about my community there.”

Cho identifies as bisexual, but her parents, whom she says has “a lot of openness around the ideas of queerness, identity, and gender,” don’t accept her sexual orientation. “My parents don’t accept bisexuality because they look towards a ’70s definition of bisexual,” she says.

“They really have a problem with anything that diverts from what is known to them about gayness and straightness. They’re very accepting towards non-gender conforming people, non-binary and trans people because they look at [gender] as a separate issue than your orientation. Gender to them is really about who you are. But the sexuality part, they’re really focused on, ‘Well, you’re still either gay, or you’re straight.’ “

These days, Cho, who remains close to her biological family, resides in her 3,264-square-foot home with just her “really sweet” four-legged family.

“I don’t feel alone at all. I feel like my life is full,” she says. “I do have people in my life, and I see them in a romantic relationship. That’s important, but at the same time, it’s not driven towards a marriage. It’s not gone towards partnership. To me, that’s adult and appropriate for what I want to do with my life now.

I’ve never felt so fulfilled, and it’s because I get to live by myself. I never allowed that for myself because I was always afraid of [living alone]. Women are socially conditioned to want to find ‘the one.’ I realized that it’s just better to be alone. I feel so much more at ease.”