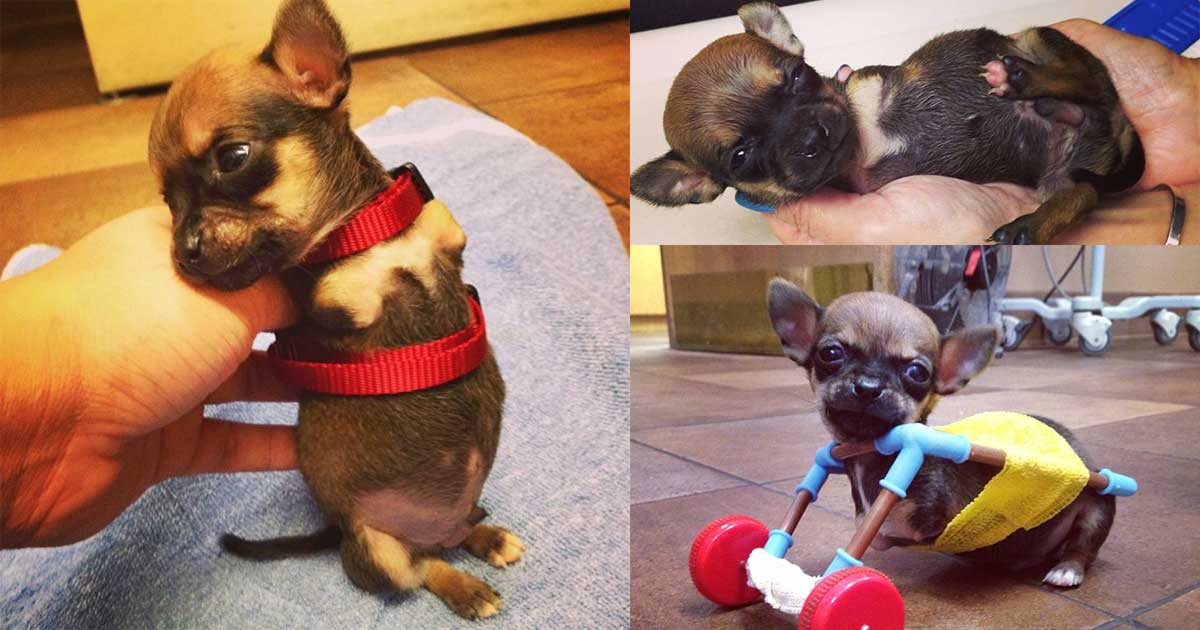 Turbo, an adorable Chihuahua puppy who is missing his front two legs.

Meet Turbo, an adorable Chihuahua puppy who is missing his front two legs.

Due to a birth defect, the legs in question are severely underdeveloped.

The couple who owned the litter brought Turbo to veterinarian Amy Birk, the hospital manager at The Downtown Veterinarian in Indianapolis.

With Turbo’s best interests in mind, the couple insisted that they did not want the lively puppy to be put down.

The immediate challenge became clear: dogs with disabilities aren’t typically fitted for carts until they’re at least 6 months old, due to their rapid growth. Turbo was only 4 months old but in need of some help.

So Birk and her team took matters into their own hands. And after some trial and error…

…they cracked the code.

Birk and her team managed to build a makeshift cart of their own out of wheels from a Fisher Price helicopter and pipes from a toy welding kit.

Turbo is apparently gaining weight and is “on the right track healthwise.” In an interview with Today.com, Birk reports, “He’s got a lot of life in him.”

It’s little sensitive, yes for we all, but finally, he got some special life!