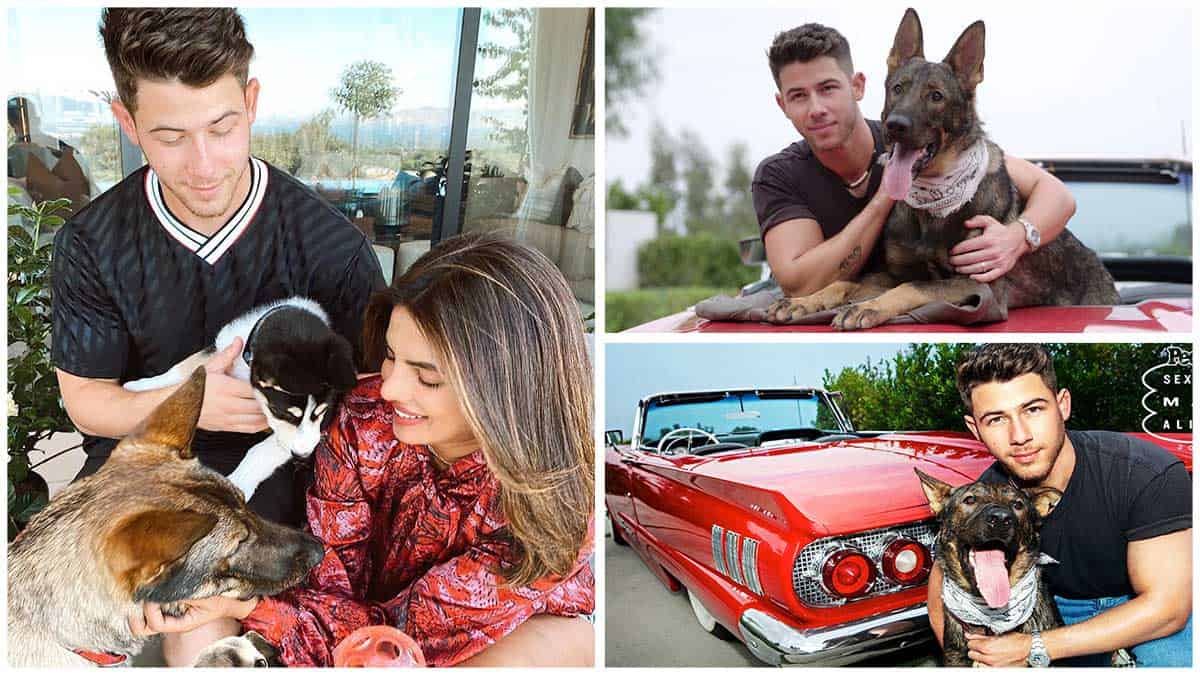 The singer is featured in this year’s Sexiest Man Alive issue with his German shepherd, Gino, who has more than 300,000 followers on Instagram. Here’s Nick Jonas and his three adorable pups.

Nick Jonas has no problem putting his children in the spotlight — his four-legged kids.

“There’s been a bit of an unspoken competition between Diana, our oldest dog — Priyanka’s dog that I adopted — and Gino,” jokes Jonas about their pets, who all have their own Instagram accounts. “We like to see our kids succeed out there in the world having all the experiences they should. We stage parents, basically!”

At his Sexiest Man Alive photoshoot, Jonas posed with Gino, who was a surprise gift from Chopra last year ahead of their first wedding anniversary.

“I was on tour with the Jonas Brothers at the time, and we’d stopped off in New York for a few days between shows. I was trying to catch up on some sleep,” he recalls. “Priyanka was out of town and came back that morning and surprised me with Gino in the bed.”

When it comes to parenting, “I would say [I’m] the weak one [who] sort of gives in. Pri is better at the structure,” says Jonas. “But they’re her babies, really. They love their mom and she’s great with them.”

Earlier this year, the couple adopted Panda, “who looks up to Gino as his big brother and follows him around everywhere,” says Jonas about their youngest. “Diana is definitely the queen of the castle. She runs the show.”

After wrapping up a massive tour last year, Jonas has been mostly at home in L.A.

“Having the puppies during this time that’s been uncertain has been really nice. It makes you feel unconditional love all the time,” he says. “We’re all locked in the house here together and enjoying each other’s company. These amazing dogs have brought us an immense amount of joy.”

For all the details on Nick Jonas’s life with Priyanka Chopra and their three dogs, pick up the latest issue of PEOPLE, on newsstands Friday.