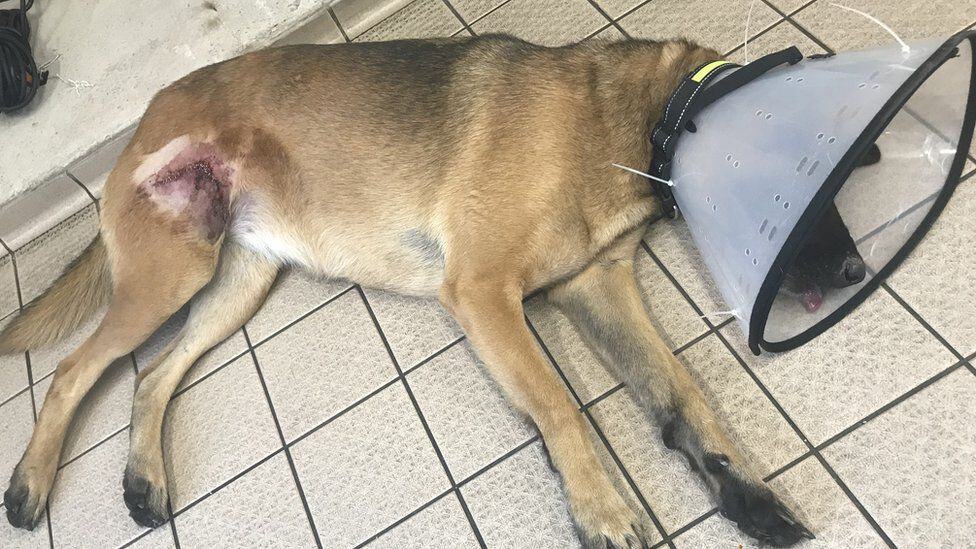 A dog owner who attempted DIY surgery with a stapler has been banned from keeping dogs for seven years.

Aftab Karim of Huddersfield claimed he could not afford vet fees when his dog, Luna, was bitten by another dog.

The RSPCA was alerted to concerns about the animal and found Karim had used a non-medical staple gun bought online to close the wound on the dog’s leg.

Last week, he admitted a charge under the animal welfare act at Kirklees Magistrates’ Court.

Karim, 40, took Luna to veterinary surgery after another dog in his care left her with the “gaping” wound in September 2021.

He was given pain relief for Luna, along with anti-inflammatories and antibiotics.

Graphic images shared by the charity show it used the DIY job performed on the Belgian Malinois. 26 staples to hold her injury together.

When asked by inspectors at the charity, Karim said he could not afford the fees of up to £1,200 quoted.

Luna was examined and given emergency surgery to remove the staples and professionally treated her wound.

“For a wound as large as the one suffered, the dog would have required a full general anesthetic,” veterinary surgeon James Adams said.

Karim, who admitted his actions were a “ludicrous act,” was banned from keeping dogs for seven years. And he was ordered to complete 200 hours of unpaid work.

During the 17 May hearing, Karim of Albany Drive pleaded guilty to causing unnecessary suffering by failing to follow veterinary advice.

He was also ordered to pay a victim surcharge of £95 and court costs of £350, with both dogs removed from his address.