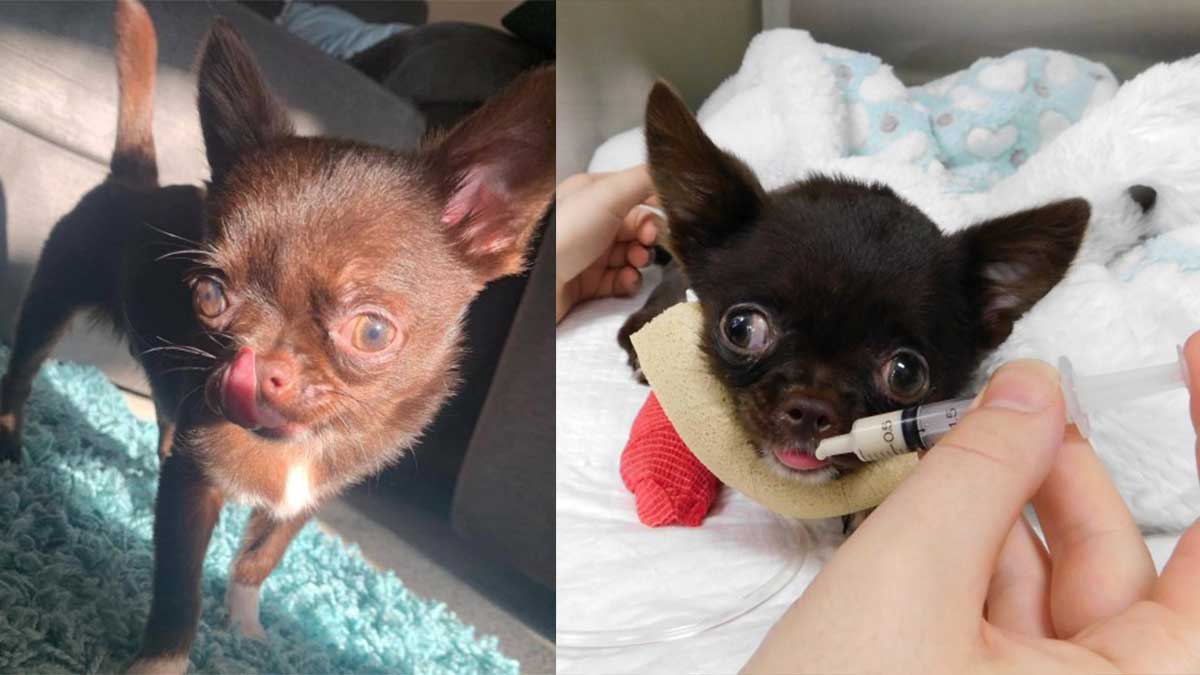 Paralyzed chihuahua able to walk thanks to 3-D printed implant

Ping the chihuahua was paralysed from a young age, after his owner Zoe Cekalla noticed he was struggling to walk on all four legs at just four months old.

She took the tiny pup to the vets, where he chihuahua was instantly referred to specialists and diagnosed with a severe malformation in his neck.

While he waited for his surgery, Ping was put into a brace, with Zoe fearing for the dog’s future.

However, since he had the surgery which involved a 3D printed bionic chip being placed into his neck, he’s made a miraculous recovery.

Experts at Hamilton Specialist Referrals used custom-designed 3D printed guides to position 1mm screws to stabilise his neck, which have changed Ping’s life and got him walking again.

Veterinary neurologist John Parker said: ‘When Ping was first brought in to us he was depressed and couldn’t walk.

‘The weakness had progressed rapidly and was affecting all of his limbs. ‘He also had a head tilt and his eye reflexes were reduced.

We knew from these signs the problem was localised to his brain or cervical spinal cord.’

Owner Zoe of High Wycombe, Buckinghamshire, said: ‘He’s such a tiny little puppy and I was devastated when he became so weak.

‘The team at Hamilton’s were fantastic and I can’t thank John, Michael and the whole team enough for all their expertise and care.

‘It truly is amazing that my bionic puppy is back to his normal self so quickly.’