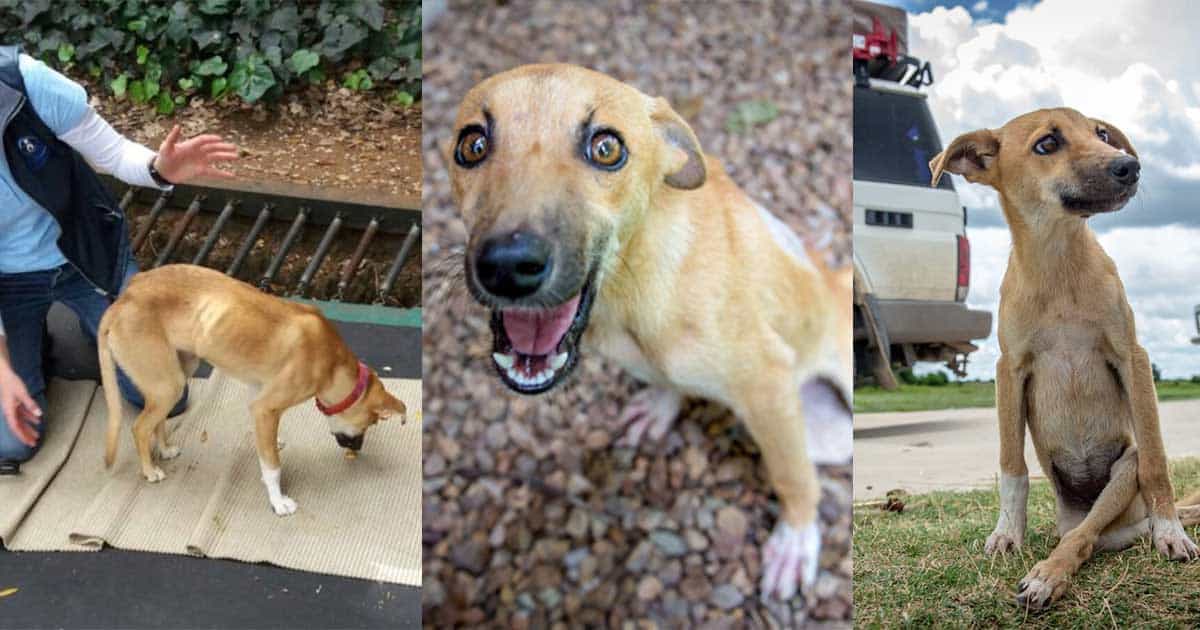 Paralyzed puppy drags herself across Botswana looking for help

Botswana is a landlocked country in Southern Africa that becomes a lush animal habitat during seasonal floods. Overall, however, the landscape is cruel and unforgiving – and, indeed, for its local inhabitants (such as lions, cheetahs, hyenas, and elephants), life can be a steady fight where only the strongest survive.

While most animals in Botswana have it pretty tough, there is nothing more heartbreaking than seeing an abandoned and injured dog.

Even worse? This particular Botswanian pooch was forced to drag herself around with a broken spine, having absolutely nobody to help her.

The little puppy found her luck.

Luckily, a team of volunteers led by Susanne Vogel was working in the Northern Okavango region. They were conducting a project that aimed to reduce conflicts between elephants and people.

At some point during the project, they were in shock when they looked up to see the poor puppy slowly dragging herself into their remote camp.

The little puppy spotted the team, and she bravely approached them to help her.

“She came crawling — literally crawling because her back legs were completely immobilized — into our research camp. She was unable to walk, but full of love and seeking help,” Susanne commented.

The team quickly assessed Poppy, examining her condition. She had clearly been involved in some type of accident that had broken her spine and caused paralysis.

They cleaned and fed the injured animal and rushed her to the vet. There, however, they didn’t receive the greatest of news.

After going through an examination, they found out that Poppy was seven months old. She could potentially be helped through surgery, but her chances of survival were very low.

The researchers didn’t give up hope, though. They knew that Poppy was special.

Although Poppy couldn’t risk the surgery, she started working on therapy and rehabilitation exercises to help strengthen her legs. The volunteers also worked hard raising money for Poppy’s future care and medical expenses. They humbly asked the public to help give Poppy a chance to live – and animal lovers everywhere immediately jumped at the chance.

After undergoing many hours of physical therapy, Poppy eventually grew stronger and can now stand on her four legs.

Although Poppy’s still not well enough to undergo surgery, she doesn’t appear to be in any pain.

In fact, the energetic little pup even got her own set of wheels to race around on! And things just got better from there.

After so much time spent injured alone, Poppy was finally adopted into a forever home. MaryBeth Hastings, from Washingon, D.C, ultimately adopted the adorable dog and flew her back to the United States. And while it seems like the end of Poppy’s story, it’s really just the beginning of her brand-new life.

We always love to hear comments!