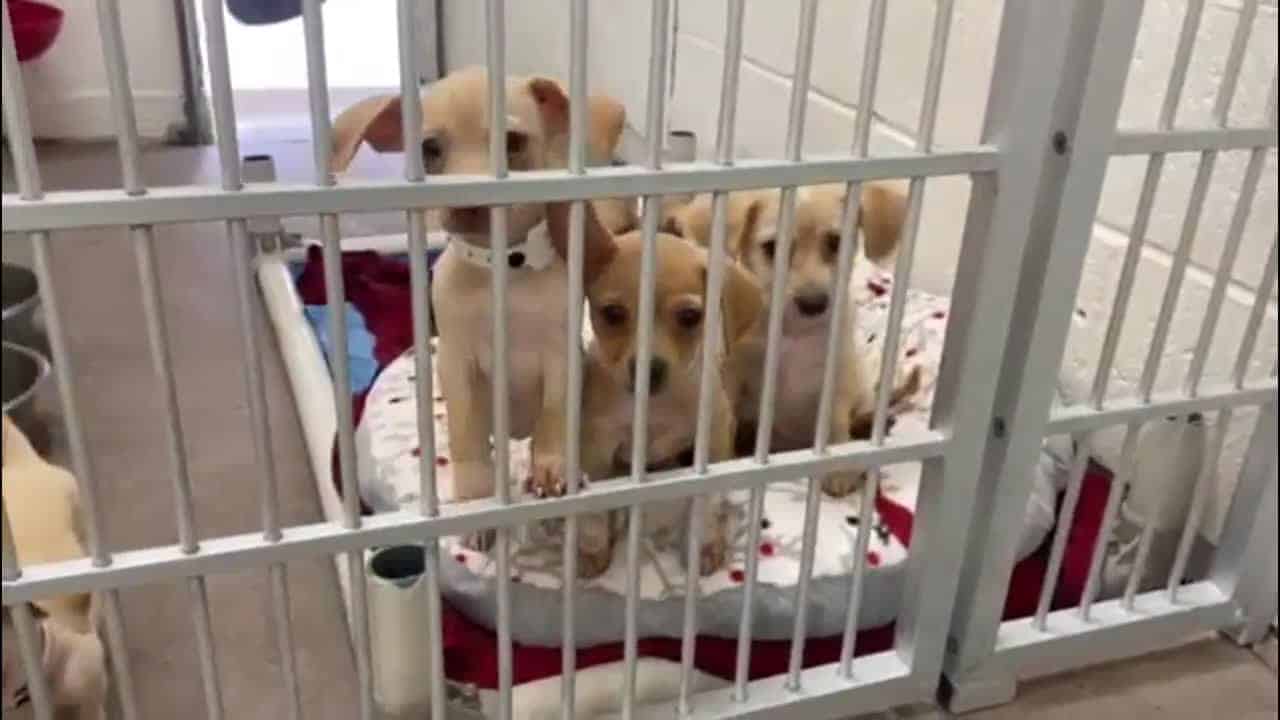 PD: Woman arrested after 31 chihuahuas rescued from hoarding conditions inside the home

Arizona authorities say 31 chihuahuas have been rescued from hoarding conditions inside a home where a woman was also arrested. (Source: Arizona’s Family)

Arizona’s Family reports they called police to a Tempe-area home on Thursday. Where they found 31 chihuahuas living in deplorable conditions.

According to the Arizona Humane Society and the Tempe Police Department, the teams could get all the dogs out of the home. And there some animals were as young as a week old.

Representatives from the nonprofit organization said the dogs lived in the home without air conditioning while eating off feces-covered floors.

According to authorities in Maricopa County, Jennifer Knutson was arrested and charged with animal cruelty in the matter.

Tempe police said Knutson had an extensive history with the Arizona Humane Society, which has taken over 20 dogs, with some euthanized, from her home over the last two years.

The Arizona Humane Society reported the rescued chihuahuas are currently undergoing exams and testing. Veterinarians are also testing the animals for highly contagious diseases due to the living conditions.

Some of the pups were shy and scared, but veterinarians said the team is working on getting them all medically cleared.