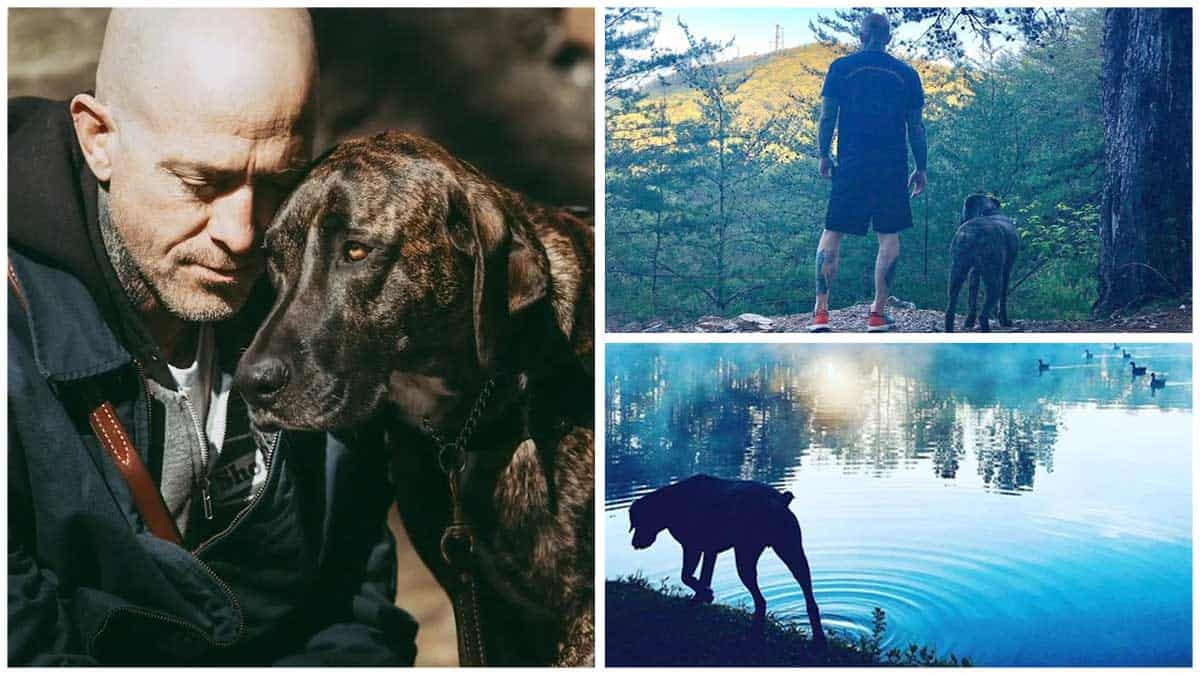 “Shai has given me a quality of life that I had lost,” Navy veteran Damian said of the rescue puppy that became his service dog. The rescue dog is a true saint, and here’s why.

On Veteran’s Day, and every other day, Navy veteran Damian works to bring peace and support to veterans through pooches.

Back in 2001, living in New York City, Damian made the brave choice to serve his country in the Navy. That was after the September 11th terrorist attacks. According to the Petco Foundation, Damian spent 14 years with the Navy. He served as a Naval Explosive Ordnance Disposal Technician and completed three deployments to Afghanistan.

The stress of his work in the Navy, which had him disarming and removing explosives,  led to Damian developing PTSD, depression, and a traumatic brain injury.

“I was functioning okay, but my home life was deteriorating,” Damian told the Petco Foundation. He was talking about the time after he returned home from his final deployment.

In 2018, attending school at Columbia University, Damian felt things were getting worse. He decided to take action by getting a service dog.

“A friend of mine had gotten a service dog and said it had helped him get better sleep. That was a big problem I was having. I started looking into different organizations and found K9s For Warriors. Not only were they great to veterans, but they also used rescue dogs,” the veteran said of his search for a service canine.

“The fact that I’d be getting a rescue dog made me feel like I’d also be helping him,” said Damian. “It added something to my focus.”

“They brought him up to me and he put his paw on me; he put his forehead to my forehead. We bonded very quickly,” Damian recounted of the day he first met Shai and started training with him.

The duo trained together for the next three weeks and practiced commands before they both headed back to New York. Back in Damain’s home city, Shai quickly went to work helping Damian cope and work through his PTSD symptoms and encouraged his owner to get out of the house and connect with nature.

“[Before Shai] I wanted to stay in my apartment away from everyone, but now with Shai I’m engaging in the world more. Shai has given me a quality of life that I had lost. His stillness and quiet help bring me calm. He accentuates all the good tools that I’ve learned and opens me up to other avenues to move forward,” the veteran added.

One of the avenues Shai helped open led back to K9s For Warriors. After graduating from Columbia in May 2020, Damian accepted a position at K9s For Warriors as a trainer and now spends his days helping other veterans find a canine healing connection similar to the bond he has with Shai.

“Dogs are healing. It’s great to now see how trainers transform dogs and to see the beginning of their journey.There’s something special about all their stories, and what they do to give everything they have to you,” he added.