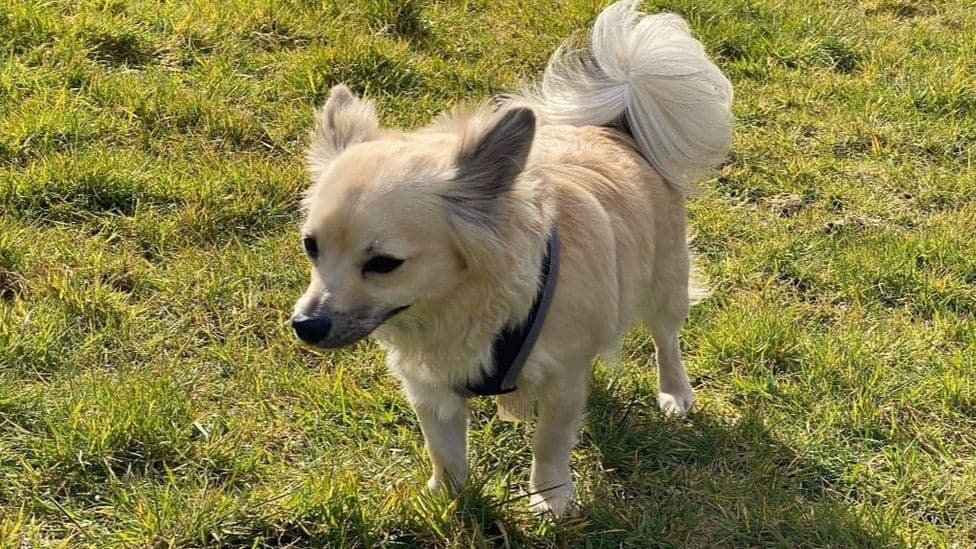 A chihuahua that spent 11 nights on freezing Welsh hills has been described as a “little miracle” after surviving.

The long-haired crossbreed dog Enzo disappeared after a walk in the Rhondda valleys just before Christmas.

Despite a frantic search and appeals for sightings there was no sign of the much loved pet.

His owners, the Gregory family from Tonypandy, refused to give up hope. And, on New Year’s Eve, they received the best news of 2022 – Enzo was safe.

How Did Enzo Fall Into the Freezing Weather?

The dog bolted on hills above Maerdy on 20 December. This happened while being walked by Ken and Kerian Gregory’s 17-year-old daughter Keira.

Despite freezing weather, the family worked late into the night searching for their missing dog. They had adopted him 18 months before when he was just a small puppy.

But by the early hours of the morning the next day, there was still no sign of Enzo.

Over the next few days, the family launched a social media campaign in a bid to find their lost pet.

Mrs. Gregory and her three children Jolee, Kayleigh, and Keira were all given leave to continue the search.

“We all work for the NHS they were just marvellous with us taking annual leave especially with what is going on at the moment,” said Mrs Gregory.

“I very rarely post on Facebook but this just shows how good it can be. The post we made was shared hundreds and some posts – thousands of times, which really helped us, we are overwhelmed with the support the public gave, everyone was concerned and desperate to find Enzo.”

Social Media to the Rescue

While posters where being put up in towns and villages around the Rhondda, one volunteer even conducted an air search with a drone equipped with thermal imaging camera.

On Christmas Day itself, a farmer in Hirwaun thought he had spotted Enzo.

The festive lunch was ditched, and the entire family headed onto the hills again.

“There was a storm closing in, we covered miles but again nothing,” said Mrs Gregory.

“That night was heart-breaking between the freezing, rain, wind and drop in temperature all we could do was pray he’d survive.”

The search continued, day after day, with Mr Gregory even tying a ham bone to one of his t-shirts to rope and dragging it across the Maerdy hillsides, as temperatures plummeted.

As they began to give up hope – there was a breakthrough, on 31 December.

In a sheltered nook on frozen ground, hair from Enzo’s long coat was found.

The search was back on, and he has been spotted this time by one of the volunteers searching for the dog, Richard McWayne.

“On New Year’s Eve Richard had sight of the dog and the girls were there to catch him,” said Mrs Gregory.

“Enzo slipped past them and ran to the road, they were all running in different directions frantically trying to find him.”

The dog ran into a garden where he was caught, wrapped in towels, and finally reunited with his family.

“With the temperatures as low as they were, I don’t think he could have survived another night. We are so grateful to everyone who helped, we couldn’t possibly have done it by ourselves,” added Mrs Gregory.

“For anyone whose pet goes missing – never give up!”