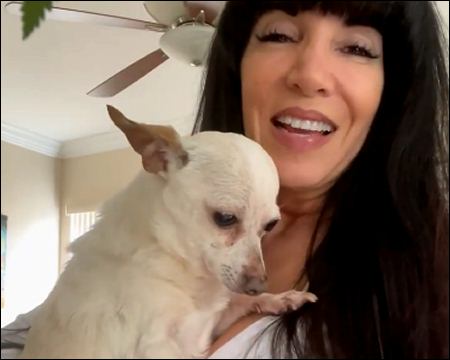 So Who Is ACTUALLY The World’s Oldest Living Dog

After over twenty years on the planet and two homes, chihuahua mix TobyKeith has been named the Guinness Book of World Records “Oldest Living Dog.”  Most dogs live between 10 and 13 years. Small dogs like chihuahuas can go even longer, with a typical lifespan of 12 to 18 years. A chihuahua dog named TobyKeith, who resides in Florida with his mom Gisela, just topped 21.

Born January 9th, 2001, TobyKeith started life dubbed “Peanut Butter” by an elderly couple before surrendering him to Peggy Adams Animal Rescue when the pup was a few months old. It was there while volunteering when Gisela first met the future record-holder. She then adopted and renamed him “TobyKeith” of country music fame. While Gisela may have taken TobyKeith’s longevity in stride, others took notice of the canine Nostradamus.

“When he turned 20 years, everyone’s reaction was WOW!” said Gisela. “My friends and family thought he was the oldest dog they knew about.”

Gisela called the Guinness Book of World Records official bestowed the title on TobyKeith in April 2022.

But not without controversy.

A little more than a week earlier, Bobo, the chihuahua, was reported to have celebrated his 23rd birthday, two full years more than TobyKeith.

Unlike TobyKeith, who was surrendered and adopted again as a puppy, Bobo lived with the same couple from his birth on April 5, 1999, until early 2022, when his family moved to assisted living. These days, Bobo the chihuahua lives in a senior dog community, the Mr. Mo Project, where he’s the oldest of eight.

So, what then to make of this discrepancy?

Comments on the possible record slightly flooded in on both the mrmoproject and the guinnessworldrecords Instagram pages.

“You should verify Bobo with Guinness Word Records!! He’s older than their recorded oldest living dog!” I insisted on one user.

“He is not the oldest living dog,” said another user of TobyKeith.

“I know a dog who is older,” corroborated another.

The Guinness World Record site isn’t clear on the full parameters to verify the oldest living dog but does stipulate that a dog must be over 21 years of age to be considered and has not commented on the disparity. Our guesses range from Guinness being flat-out wrong (a possibility,) Bobo having not been submitted for consideration (also possible), or, in the most likely scenario, Bobo lacks sufficient documentation to prove his claim.

What’s more important than achieving the record, however, is getting there. As demonstrated by Bobo, TobyKeith, and the other dogs rumored to have passed 20, healthy practices are the key to canine longevity. These include:

Twenty-three years old versus 21 years old… all that matters is that Bobo, TobyKeith, and any other dog easing into their golden years continues to live their best doggone life.

Spike, a Chihuahua from Preble County, Ohio, just broke the record for…
We use cookies on our website to give you the most relevant experience by remembering your preferences and repeat visits. By clicking “Accept”, you consent to the use of ALL the cookies.
Do not sell my personal information.
Cookie SettingsAccept
Manage consent