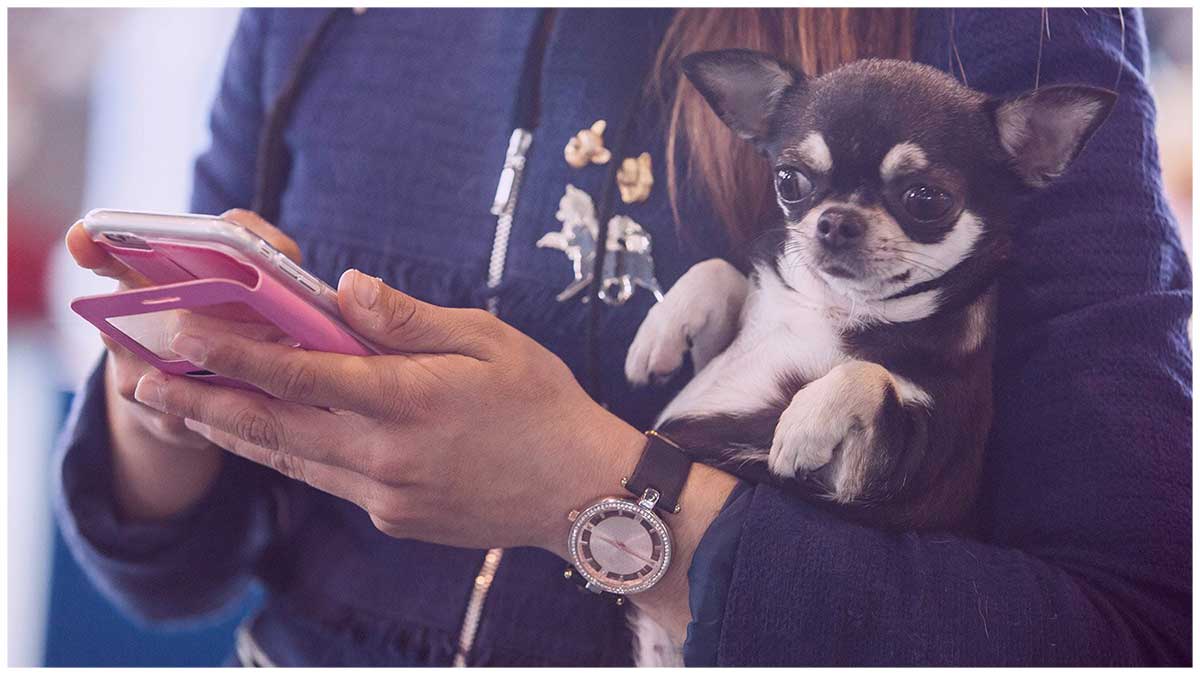 40% of Americans Would Give Up Their Dog Over Their Phone

A survey from SimpleTexting asked smartphone users what they would sacrifice to keep connected through their cells. The Americans delivered their answers.

For some pet owners, going without texting is scarier than being without their furry friends.

SimpleTexting, an online SMS marketing platform, surveyed over 1,000 American smartphone users. They wanted to see what sacrifices they would make to stay connected through their cellphones.

When phone-obsessed animal lovers are asked to pick between their pet or their phone, close to half are willing to part ways with their pet for a month if it means keeping their smartphone.

According to SimpleTexting’s survey, 40% of survey participants said they would rather be separated from their dog for a month over their smartphone for a month.

Pets still have romantic partners beat. The same survey found that 44% of respondents would give up seeing their significant other for a month. That is, of course, to keep their smartphone in hand. The survey also asked about Americans’ willingness to give up alcohol, Netflix, Target, and coffee. The full results of the survey can be found on SimpleTexting’s website.

Pets have gone against tough competition before. In Sept. 2019, a survey conducted by OnePoll on behalf of pet food company I and Love and You of 2,00o pet-owning parents found that 34% of participants said their pet was their favorite child, beating out their own flesh and blood.