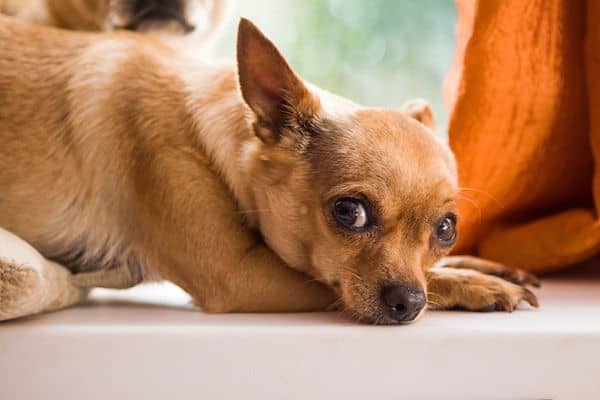 If you are a fan of the feisty Chihuahua, this song is gonna be your jam. This catchy Chihuahua Cha-Cha tune will get your feet tapping as it extolls the virtues of the Chihuahua breed. Watch out, because it’s also pretty addictive! And lets the party begin.

Cha-cha-cha! I’m a cha-cha-cha Chihuahua,
I’m the smallest dog in town
I never have to walk
Because they carry me around

When I am a puppy,
I’m no bigger than a cup
And I get no bigger
Even when I am grown up!

Everybody thinks I’m cute
I can fit into a handbag,
Or the pocket of a suit

I think I’m getting sleepy,
It’s siesta time, you know!
I’m a cha-cha-cha Chi
And I come from Mexico!

And I’m not afraid to fight!
I bit a Great Dane one time
But he did not feel the bite

You think just because I’m tiny,
So tough I am not
Peppers they are tiny,
But, señor, they’re pretty hot!

And I watch your house for you
Maybe I can’t catch a burglar
But I’ll catch a mouse or two!

I think I’m getting sleepy
It’s siesta time, you know.
I’m a cha-cha-cha Chihuahua
And I come from Mexico!