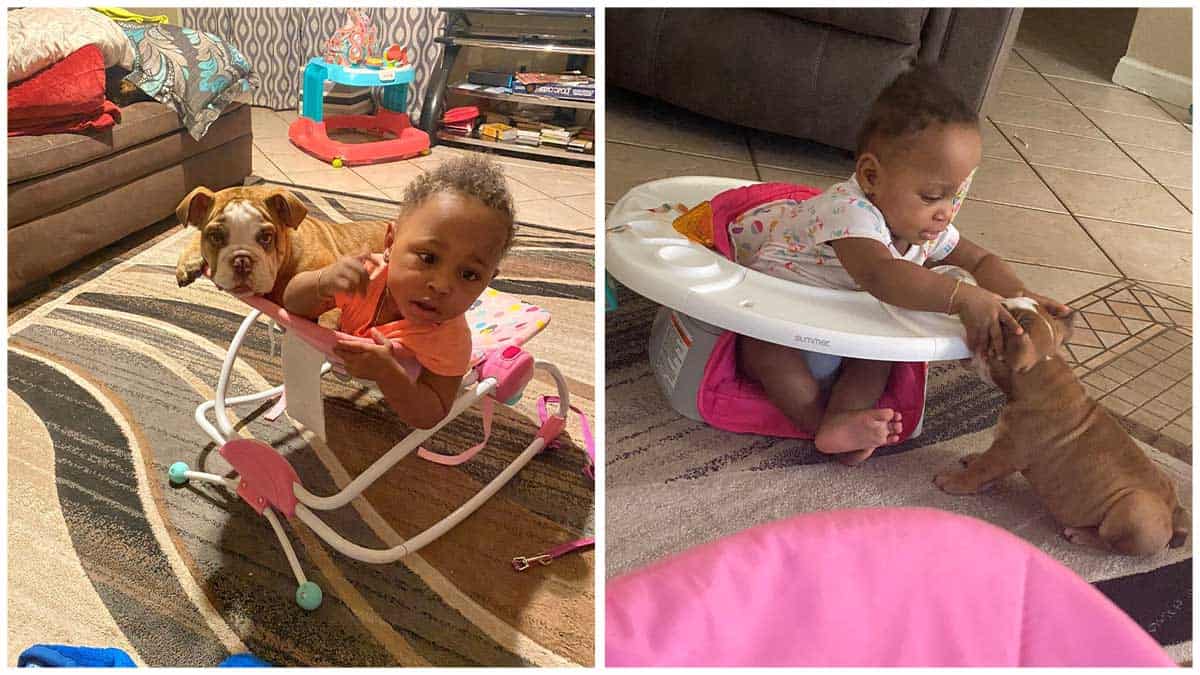 A Fresno mother says her daughter had formed an unbreakable bond with her puppy before he disappeared over the weekend. Now, they’re desperately searching for the missing puppy.

Marshonda Robinson says her family dog, an English Bulldog named ‘Brewno,’ was discovered missing from her home near Peach and Olive Avenues in Fresno.

The family had let Brewno out for a few minutes to go to the restroom. She says that was the last time the missing puppy was seen.

Robinson says she bought Brewno in hopes of training him to become a service dog. This was for her 20-month-old daughter named Amaiyah.

Amaiyah was born with medical conditions that forced her to stay in the hospital for almost a year following her birth.

Once Amaiyah was allowed to come home, Robinson says the family bought Brewno. He was just 8 weeks old at the time.

Although she is still only crawling, Robinson says the young girl is now very close to walking, and that is all thanks to Brewno.

Robinson says the bond that Amiyah has built with Brewno can’t be replaced, so she is hoping that the pup will be returned.