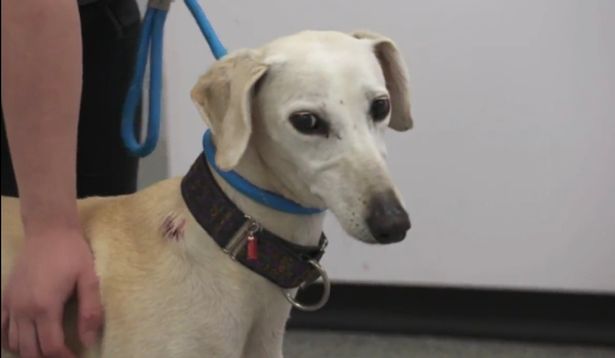 A recent episode of the Channel 5 show saw fans of The Yorkshire Vet take to social media to express their love for Oscar. A cute canine who suffered a horrific attack at the hands of another dog.

Viewers tuned into a recent episode of The Yorkshire Vet were horrified as they learned one beloved dog’s horrific story.

The Channel 5 series sees veterinarians and their staff members treat animals of all shapes. And all sizes across towns and cities like Thirsk, Kirkbymoorside, Huddersfield, and Wetherby in North Yorkshire. So, the latest offering features parrots, sheep, and an Oscar dog.

Oscar’s worried owner brought the rescue dog into the surgery. After the adorable puppy was savagely mauled and attacked by another dog. Leaving the poor animal with some open severe wounds and injuries horrified those watching the show at home.

One of the vets examined the dog’s wounds. Guessing the other animal ‘grabbed then ragged’ poor Oscar. The injured dog’s owner Ian recalled the attack, saying: “It was horrendous. I’m still in shock, to be honest.

“I was taking Oscar on a short walk on my lunch break, and we were wandering along a route we go along quite often, and I could see in the distance a couple of dogs playing with a girl, and I thought nothing of it.

“But suddenly, one dog charged over to us and went straight into Oscar and attacked him.”

Thankfully, the vet informed a worried Ian that Oscar’s injuries weren’t as bad as they appeared to be and cleaned the pup up, but not before surgery.

“There are several larger ones, so we’re just going to get him ready for surgery now and on some nice, strong pain relief,” he added.

The vet’s colleague worried Oscar’s skin was attached to his muscle on one of the more severe wounds as they got to work on getting the dog back to total health – admitting treating the injured animal was “a lot trickier than I originally thought.”

“It was absolutely horrendous, and the other dog was running around barking,” Ian added as he waited for his dog to recover from surgery.

“Luckily, the girl managed to drag the brown dog off Oscar, but he was howling and screaming. It was terrible.”

There was a relief as Oscar came about from the surgery and seemed back to his usual self by the end of the episode – although Ian did admit his pet is now a little more cautious and nervous around other animals following the horrific attack.

“Look at Oscar,” one viewer took to social media to declare as they watched the dog’s recovery on Tuesday night. “Great job, guys.”

“Oh my goodness! Poor Oscar, I’m so pleased he was ok after such an ordeal,” another added, as a third wrote: “Poor Oscar #TheYorkshirevet.”