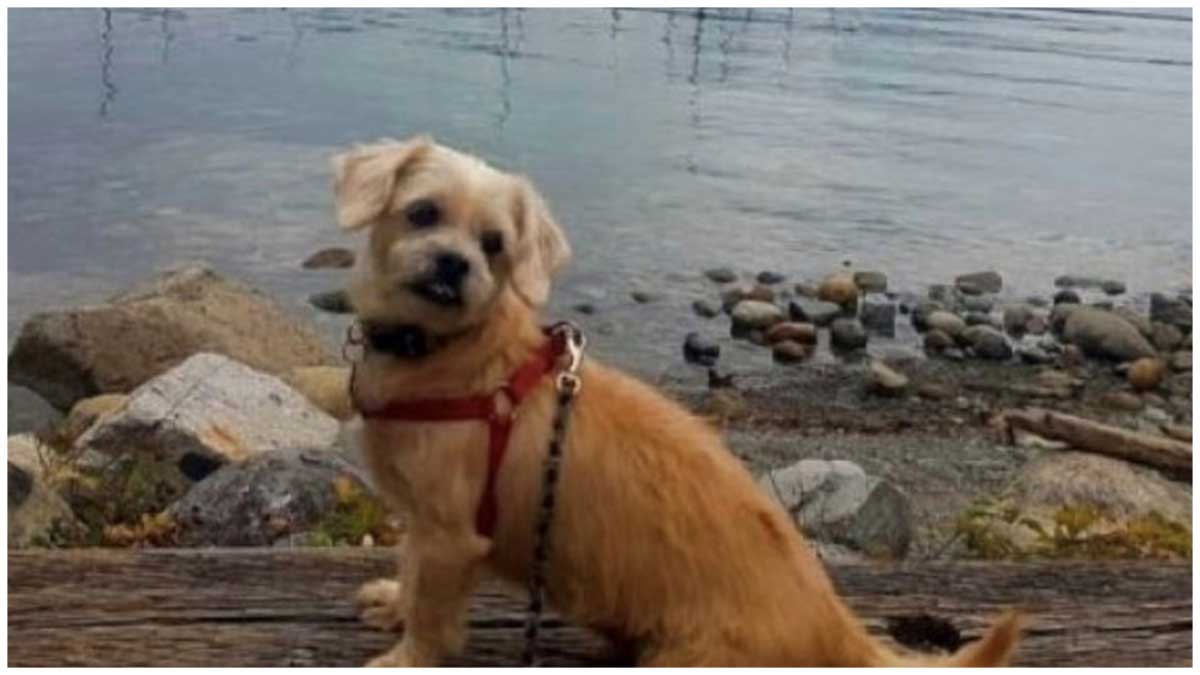 An owner of the Chihuahua mix had claimed she and her dog were victims of a dog attack. That led to nearly $2,300 in donations through a GoFundMe campaign. A small claims tribunal has since found the woman lied about the chain of events. At fault: the unleashed Chihuahua.

A Coquitlam dog owner has lost in her bid to claim $5,000 in veterinary bills from a neighbour following a run-in between her diminutive Chihuahua mix, Remy, and a Mastiff cross, Brix.

The owner of the Chihuahua, Cara Mueller, had claimed she and her dog were victims back in January, 2020, leading to an outpouring of support and nearly $2,300 in donations through a GoFundMe campaign. But in ruling from a B.C. small claims court, held last week but released today, Mueller was found to have lied about the chain of events leading to the Jan. 3, 2020, incident.

Phyllis Devlin, who was caring for the fostered Mastiff, Brix, agreed the dogs got into an altercation after Mueller exited their Coquitlam apartment building with the intention of walking her Chihuahua over to a nearby grassy area to relieve himself.

Mueller and Devlin also agreed Remy sustained significant injuries after the Mastiff cross bit the Chihuahua, puncturing its abdomen; and that Mueller sustained wounds to her hand when she put it in Brix’s mouth to release the Chihuahua.

But after weighing the two dog owners’ testimony, along with video and witness accounts of the Jan. 3, 2020, incident, the tribunal found Remy the Chihuahua had provoked the attack, and Mueller, its owner, was at fault.

WAS THE CHIHUAHUA LEASHED?

Within days of what Chihuahua owner Cara Mueller described as an attack, the Coquitlam owner took her story to multiple media outlets in a version of events which portrayed her and her diminutive dog as the victims.

But in the ruling last week, the Civil Resolutions Tribunal vice-chair Shelley Lopez found the unleashed Chihuahua, Remy, had provoked the attack by nipping at the Mastiff’s hindquarters.

Mueller had claimed the Mastiff had been left off-leash. And, he had attacked her dog on the grass near the two dog owners. But in weighing video evidence and witness testimony, the tribunal found Mueller had lied about her Chihuahua being leashed. He failed to disclose she had already received $2,297 in the GoFundMe campaign.

“Even if I had found Ms. Devlin partially or wholly liable, I would not have allowed the $5,000 damages claimed,”. Lopez, in the ruling, pointed to veterinary bills showing Mueller was charged only $3,752.52.

Lopez also noted Mueller never addressed a Feb. 27, screenshot of a GoFundMe page. The evidence shows nearly $2,300 had already been raised to help her with Remy’s veterinary bills.

Mueller argued before the tribunal that Devlin had bribed witnesses to make statements supporting her version of the events. Other residents “were all fearful of Ms. Devlin given her role as assistant manager in the parties’ building.” But the tribunal found Mueller’s allegations of bribery and blackmail “unlikely,” “speculative,” and “unproven.”

An earlier City of Coquitlam “Folder History Report” of its investigation also found Remy was not leashed after interviewing witnesses.

The American Kennel Club describes the Mastiff bread as “colossal” canine, with heavy bones and “prodigious strength.” By comparison, the club describes the Chihuahua as “sassy” and a “tiny dog with a huge personality.”

Assessing an injury on the Mastiff, Brix, the tribunal agreed with Mueller that given their relative heights. “Remy would not likely be able to reach Brix’s right flank on the grass.”

“I find he would have been able to reach it if the two dogs were climbing stairs at different levels.”

Lopez found that the leashed Mastiff did not break free from Devlin. Instead, Remy was found to have “nipped at Brix while both dogs were close on the stairs. This caused Brix to take hold of Remy in its mouth quickly.”

In rejecting Mueller’s version of the events, Lopez found Devlin was not negligent in her handling of the fostered Mastiff cross and that there was insufficient evidence Brix had an aggressive history toward dogs.

By letting her Chihuahua off-leash when she exited the building, Lopez found Mueller “fell below the standard expected of a dog owner” and that she is responsible for the attack.