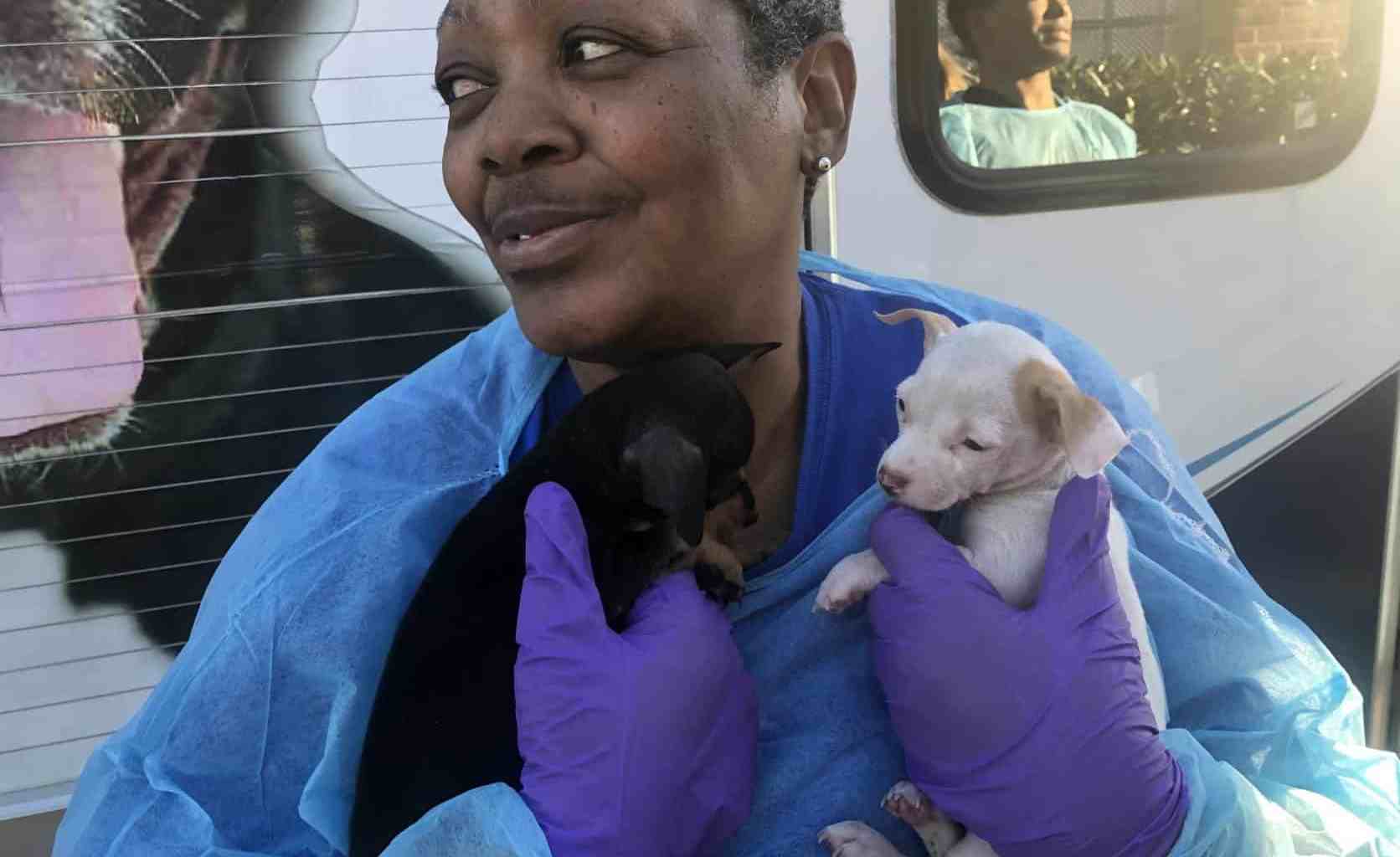 Truckload of Rescued Chihuahuas Up for Adoption in DC

On Monday, a truck transporting dozens of chihuahuas arrived at the Humane Rescue Alliance with dogs up for adoption in DC. Part of a massive rescue of 250 dogs from a breeder’s home in Mississippi.

“These dogs were part of a breeder who decided they no longer want to involve themselves in breeding,” said Stephanie Shain, chief operating officer at the Humane Rescue Alliance in D.C.

The 35 chihuahuas range in age from only a few months old, to seven years. They arrived in D.C. after two days of traveling.

The Dogs Up for Adoption in DC

All dogs must pass a medical and behavioral examination before they can be up for adoption. But, those interested in adopting can begin inquiries as early as Wednesday.

“But Mom, we’re not tired, we’re in Washington DC. We’re going to puppy power through this and see the sites. Let’s go to the Washington Monument! On second thought let’s take a nap, yeah, a nap sounds better.” @WTOP pic.twitter.com/4VnwGBHE8k

Because of they size, we expect that the dog will adopt quickly-said Shain. Even though they are a bit bigger than the average chihuahua.

Anyone considering adopting a chihuahua should keep in mind the dog will be a part of the family for years to come, Shain said.

“You really are making anywhere from a 15-20 year commitment to them,” Shain said.

To find out more, contact the Humane Rescue Alliance at 202-723-5730 or online. They become available on the shelter’s website, with dog’s picture.

Around 60 of the rescued animals were brought to the D.C. area. Close to 30 dogs rescued from the breeder’s home were also delivered to Loudoun County Animal Services. And they will be put up for adoption there soon.

For more information on those animals, check their website.