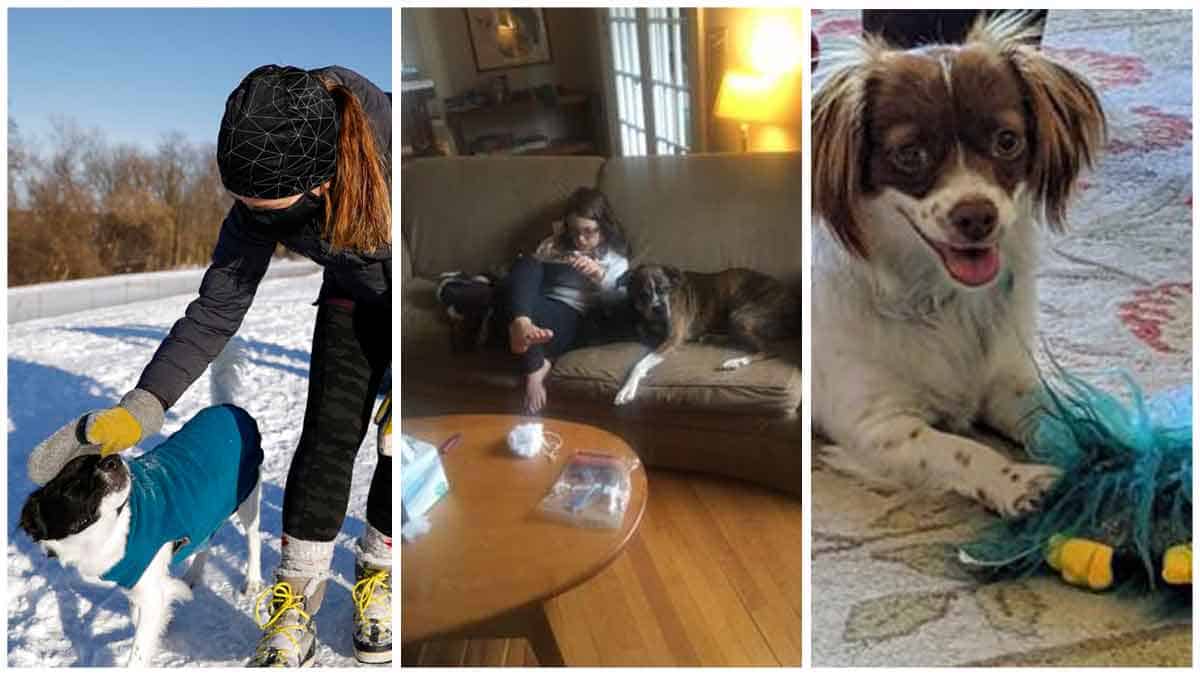 Last March, the campaign for a family dog launched by Ben Stapleton’s two daughters paid off. Did Madison have a pet wave pandemic? Continue reading to find out!

They adopted Sandy, an 8-year-old boxer mix who has become a family member. The community shut down because of the coronavirus pandemic. Sandy came to the family with some health concerns. Stapleton said taking care of their pet allowed his family to focus on her care and propelled them to enjoy the outdoors more.

“It has helped us immeasurably to get through the pandemic,” Stapleton said of caring for a pet.

Vivan Obarski adopted Chihuahua mix Britt, who she described as a petite Brittany spaniel, last February. Like Sandy, Obarski said Britt encourages her and her two daughters, ages 5 and 13, to spend time outdoors.

Britt has kept the family from dwelling on the often bleak state of affairs, aiding the pet wave pandemic.

“With any pet you get pulled out of your head and focus on the now and where you are,” Obarski said.

At the start of the pandemic, there was a surge in adoptions and fostering, though the Associated Press reported that the initial spike leveled off. Amy Good, the Dane County Humane Society’s director of development and marketing, previously told the Cap Times that adoption demand remains high.

Lauren Wojtasiak, the executive director of Madison’s Underdog Pet Rescue said the last year has been “wild.” The rescue far outpaced its goal at the start of 2020 to hit 100 adoptions each month.

“By the time June came around, we had almost doubled our number of foster homes that were active and we were adopting out 200 plus (each month),” said Wojtasiak, noting they had 270 adoptions in June.

But just how many new beloved pets have joined homes across Madison is more difficult to determine.

Tracking pet licenses, required for dogs and cats in the city, could be one way to get at the number, but John Hausbeck, environmental health services supervisor with Public Health Madison & Dane County, said a very low percentage of people purchase licenses for their animals despite the municipal rule. Dogs are also required by the state to be licensed.

But Hausbeck said they shouldn’t use this data to determine how many more animals live in the community yearly. The number of cats and dogs in Madison is likely much higher.

Before the pandemic, Hausbeck said Public Health was building up efforts to increase awareness of pet licensing and its importance.

“We deal with a lot of situations where people look at the government charging us for this thing or that thing and people feel like, ‘I’ve paid enough already,’” Hausbeck, noting that revenue from licensing fees supports services at the Humane Society’s shelter. “We’re trying to help explain well this is why we do it.”

Fees and the cat license requirement varies by municipality.

Dog licensing began when rabies was more of a concern, Hausbeck said, but there are other reasons why pet owners should license their dogs and cats, especially if they’re prone to wander.

“If a dog is running loose, they have a license, we can identify the owner and we can get the dog back to the owner,” Hausbeck said. “Same with cats.”

Checking who licensed a pet is one of the only ways to determine ownership in case of a dispute. Annual renewals also help ensure animals are staying up-to-date on their vaccinations.