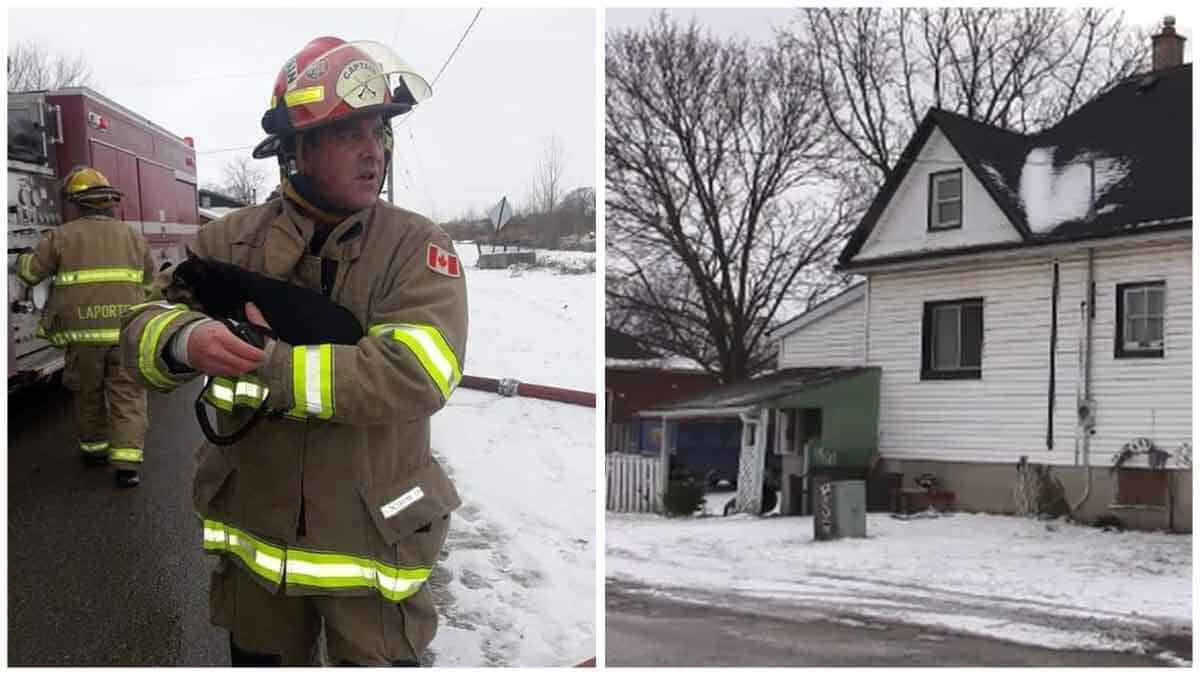 ‘We had seconds to get out’: Family desperate for housing after fire rips through St. Thomas, Ont. home

LONDON, ONT. — A St. Thomas, Ont. family is desperate for help after losing everything they own in a house fire Jan. 28.

After putting a load in the laundry, Sherry Lynn Abbey’s 10-year-old daughter smelled smoke coming from downstairs of their Park Ave. home.

“I looked in basement and flames were coming up and smoke was starting to pour we had just seconds to get out of there,” says Abbey

The place they had rented for the past five years is now unlivable. They lost all their clothes, possessions and furniture.

The fire has been deemed accidental in nature, and the damage estimate is $200,000.

Since Thursday the Red Cross has put them up in a local motel room, but Abbey says that funding runs out Monday morning.

“I didn’t have tenant insurance as my insurance agent said to wait, but never got back into it,” says Abbey.

“I wish I did because it would have covered contents of house. Unfortunately I need a place to live that’s my biggest concern right now, for me and my kids to have a place to call our own again.”

An affordable rental has been tough to come by on short notice, and Abbey’s 14-year-old daughter has started a GoFundMe page.

“It’s really scary because many people that did go through this and weren’t able to find a place in time end up on the streets,” says Mikayla Lamont, Abbey’s daughter.

“We don’t want to end up like that, so we are trying our best to raise money to be able to get a house.”

When rushing out of the house, the family didn’t have time to get one of their dogs and the family cat.

“The bigger dog got out, but the small dog was upstairs, and my cat was on the main floor, we had to run out without them, we tried to go back in but it was not safe,” says Abbey.

“St. Thomas Fire Department did a wonderful job rescuing them, and giving them oxygen, but unfortunately my dog Tanzie had to be put down this morning due to smoke inhalation.”

Losing their pet 7-year-old Chihuahua has been devastating for the kids.

“Weren’t able to get her in time, we were freaking out, and weren’t thinking about it,” says Lamont.

“She was my best friend and has been with me the whole time.”

The family has received some clothing donations but are still in need. More importantly they are desperate to find housing.

“It’s been a tough new year for us so far, especially with COVID going on it makes it even harder,” says Abbey.

“If any landlord has something and can reach out that would be great. We do have first and last months’ rent coming from social agency so that will be covered.”

Abbey is appreciative of all the support they have received on Facebook thus far. Anyone trying to reach her can find her on social media under the name Sherry Lynn Kocela.