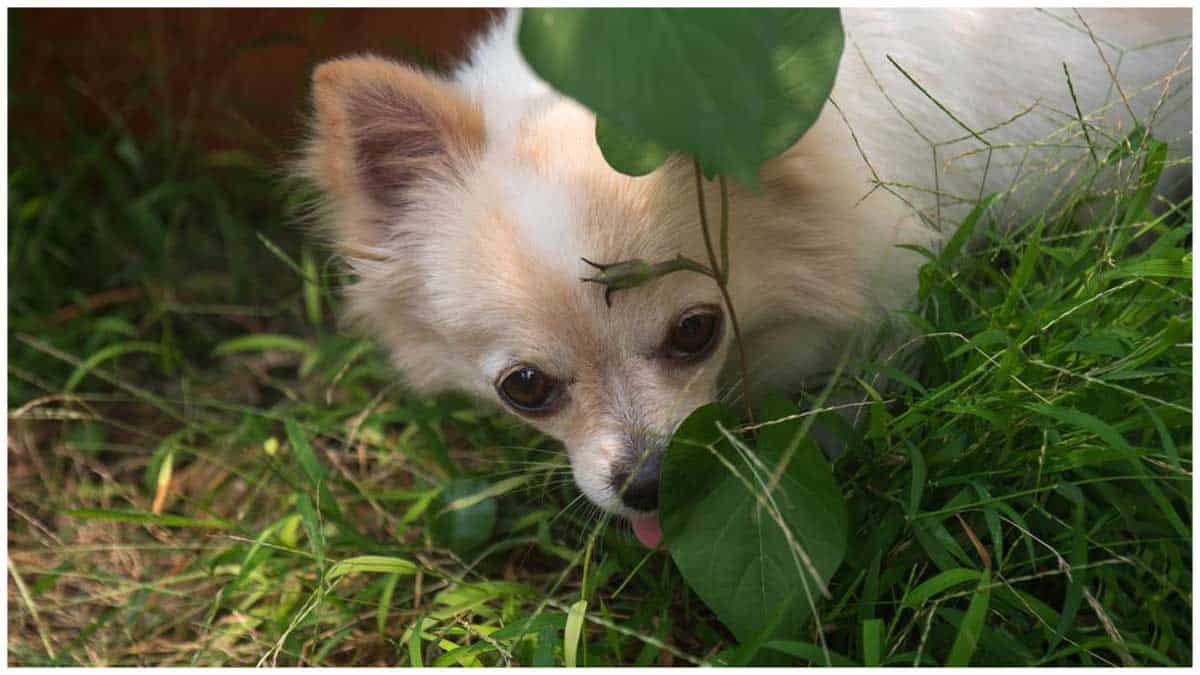 Why Does My Dog Eat Dirt?

As a pet owner, you may have caught your dog eating (or attempting to eat) some pretty weird stuff. But, have you ever observed your pup snacking on straight-up dirt? And in such case, asked yourself “why does my dog eat dirt?”.

Holistic veterinarian Dr. Laurie S. Coger, DVM, explains, “Dirt eating is a form of what is termed ‘pica,’ the ingestion of nonfood materials. There are many causes, including nutritional, behavioral, and physical. Stress or boredom can also lead to eating all sorts of things, including dirt.”

If your dog is continually eating dirt, you shouldn’t discount this behavior, as it could be a sign of a bigger issue, such as:

Dr. Coger notes that while stomach and gastrointestinal issues could be to blame for your dog’s interest in the dirt, canines are more likely to seek out the grass in these cases. “If [the dirt eating] is frequent, intense/manic in nature, or large quantities are consumed, then it’s time to go to the vet,” she says. “Changes in the stool would be another sign that a vet visit is in order. Blood work to look for underlying abnormalities may be helpful in pinpointing a cause.”

The Dangers of Dirt

As you may expect, there are risks to letting your dog continually eat dirt. The main one being impaction of the intestine if your dog eats a lot at once. Impaction often means surgery. “The dirt could also contain pesticides, fertilizers, or other toxins that could reach toxic levels if enough dirt was ingested,” Dr. Coger adds. “Depending on the dirt, dental damage or wear could also be a concern.” If the dirt has rocks in it, for example, it could cause damage to your dog’s teeth and cause an obstruction in the throat or any point along the digestive tract. Sharp sticks could puncture the linings of your dog’s mouth, throat, intestine, or stomach. It’s also possible that your dog could ingest a parasite along with the dirt, which can cause a range of additional health issues.

“I would add that any new, unnatural behavior, such as dirt-eating, should be acted upon quickly,” Dr. Coger says. “Both because of possible serious underlying causes and before it becomes a habit. Dogs will learn from other dogs in the house, and who wants a houseful of dirt eaters?”

If you’re worried that your dog’s dirt-eating is due to a nutritional imbalance, you should consult your veterinarian about your canine companion’s diet and whether changes need to be made. On the behavior side, make sure your dog is getting enough physical and mental exercise to curb dirt-eating that stems from boredom. If all else fails, “denying access to favorite dirt-eating areas may be required,” Dr. Coger says. Remember, dirt-eating may be a sign of something bigger, so you should never ignore it.