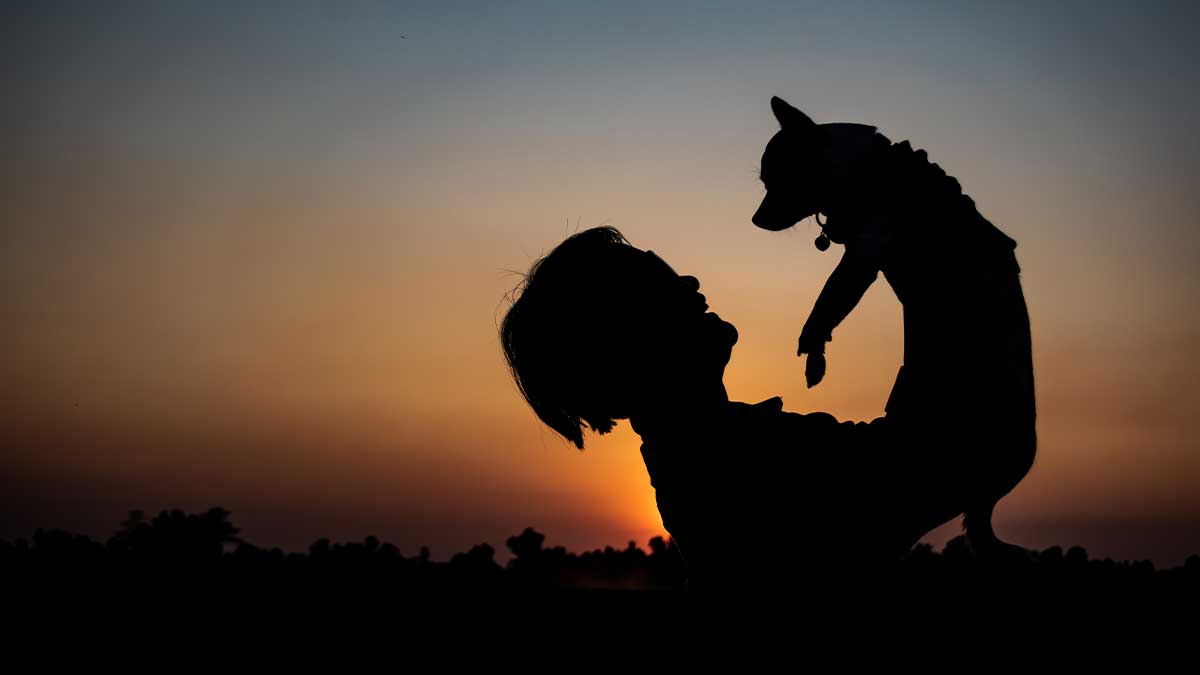 Losing a pet can be just as traumatic and difficult to process as with a human family member. And anyone who has had pets know that they’re much more than animals – they are indeed family members.

And it always is difficult and frustrating to hear people tell dog owners going through a loss of their pet that they shouldn’t bee feeling too sad because it’s “just a dog.”

Because for any dog owner, it never is “just a dog.” It’s the loss of family.

Unfortunately, there is still the idea that the loss of pets doesn’t matter as much as other losses. And as a result, that can be quite devastating for pet owners dealing with loss, as they then have too many times process their grief in secret.

But that shouldn’t be the case, since there is plenty of research to back the fact that for many dog owners, the loss of their pet is, in many ways, comparable to the hurt felt by the loss of a human family member.

Sadly, in our society, there still isn’t the support and grief outlets to deal with the sadness – we don’t hold services for our pets the way we would if a human passed away, and all too often, we feel stigmatized to show emotion in public over the loss of a pet.

However, what most people – those without pets – don’t realize, is that the bond that forms between a person and their dog is one that is quite intense and unique. In fact, if society were more accepting of it, it would greatly benefit dog owners and help them process their grief and move forward.

So, where exactly does this strong bond between man and dog come from? Well, it’s an extension of the 10,000 years when dogs first began living with humans, and they evolved into our best friends and loyal companions.

One anthropologist, Brian Hare, came up with an explanation as to how dogs went from grey wolves into the socially integrated animals that we love today, that explanation is known as the “Domestication Hypothesis,” and it’s quite similar to how we interact with other humans.

And our close relationships with our dogs are not accidental either – over many years of selective breeding, they have been able to better understand people. In fact, MRI scans show that dog brains respond to our praise just as much as they do to food.

Not only that, but dogs can also recognize people, in addition to being able to learn how to interpret human emotional states from facial cues. The impressiveness doesn’t stop there, science has found that dogs can even understand human intentions, attempt to aid their owners, and will even avoid people who don’t treat their owners well.

Because of this, it’s not surprising at all that we humans are able to form such tight bonds with our dogs through mutual displays of love and loyalty. And like any tight-knit bond, they become members of our families. And it can hurt like hell when they’re gone.

As Julie Axelrod, psychologist, has pointed out, the loss of a beloved dog is painful for owners because it’s not just the loss of a pet – it’s also the loss of an unconditional love source. Dogs are companions who provide us with lots of comfort and a sense of security.

Their absence can actually affect an owner’s daily routine more so than with the loss of other relatives or friends. The reason is that dogs are so integrated into our daily lives that when they’re no longer with us, our daily schedules and plans can massively shift.

So, not only are you dealing with grief, but you’re also having to adjust to lifestyle changes – something that is a primary source of stress.

The survey even found that many dog owners mourning their loss of dogs will often mistake ambiguous sights and sounds for the movements and sounds of their deceased dogs. Normally, this happens quite shortly in the aftermath of their pet, when pet owners are at their most stressed and vulnerable.

And every death of a beloved pet is a difficult experience, but dog owners will often get another dog once they have processed their grief – having grown quite accustomed to the companionship that they provide.