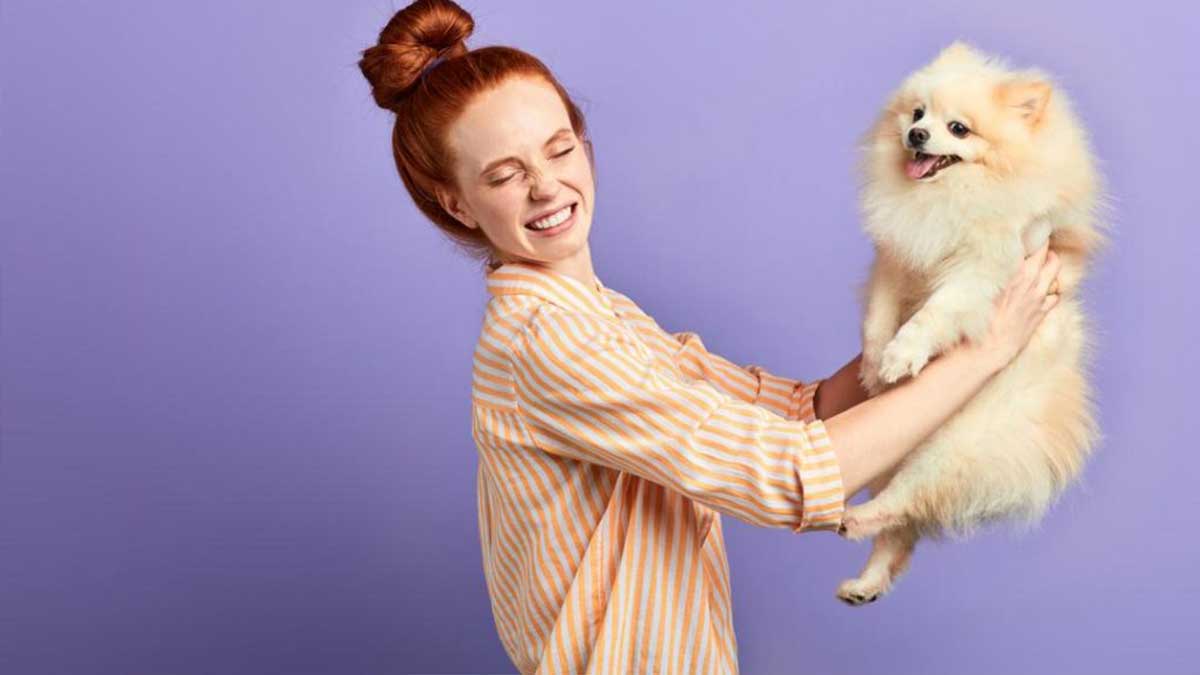 Why your dog is farting, and how to clear the air

Dogs don’t give much thought to social settings.

Whether in the elevator, on the couch, or at the dog park, they do the darndest things.

Like releasing powerful farts at the worst possible time — and leaving humans to hold the bag.

“That wasn’t me,” you might announce in the crowded elevator in your condo.

Or, when eyes start to water on the bus, you might sheepishly explain, “Luna’s a bit gassy today.”

Right. Everyone assumes you dealt it and you’re letting your dog take the fall.

Let’s face it. As long as there are farts, there will be public humiliation.

And there will never be a cure for the common fart. In fact, it is, in itself, a kind of cure for pressures that build up deep inside the body. Just like humans, dogs need to discharge all the bacterial fermentation — the nitrogen, oxygen, methane, and nostril-curdling hydrogen sulfide — that percolates so pungently in the bowels. Nothing good comes of a pent-up fart.

But back in 2011, researchers at the U.K.’s Waltham Center for Pet Nutrition did manage to bag a few.

As Julie Hecht writes in Scientific American, “The main component is a jacket that looks like something companion dogs might wear in the rain, although this jacket comes with a sulfur gas detecting pump near the dog’s butt.”

An expert, who either has a Ph.D. in Fart Sniffery or is just plain disliked by colleagues, was then asked to rate the stench of each discharge on a scale of one, for the mildest aroma, to five, for the years that fart stole from the expert’s life expectancy.

Researchers then compared readings taken from the dog suit with the ratings of the unfortunate fart sniffer.

Their conclusion? We tricked someone into smelling dog farts.

But seriously, the scientists found that the foulest eruptions, from both dog and human alike, were heavy on the hydrogen sulfide content.

And so, on the heels of one scientist’s great sacrifice, research turned to the fundamental question: Can dog farts be de-stinkified?

Since what a dog eats — particularly soybeans, milk products, peas and that unidentified scrap found on the sidewalk — sparks the chemical process in the bowels, is there something she can eat that might neutralize it?

The researchers added three ingredients to the diet of their test dogs: charcoal, a flowering desert plant called Yucca schidigera, and zinc acetate.

Then they called the weary dog fart sniffer. Fortunately, the additives seemed to work — the discharges were consistently ranked less smelly than the previous test batch.

Since then, “gas-buster” supplements have been touting these ingredients, sometimes with ginger and parsley for good measure, to help manage the mayhem caused by fart-happy dogs.

Considering much of a dog’s gas is caused by food that’s difficult to digest, veterinarians may also suggest adding probiotics and enzymes to the daily mix.

But, of course, the vet should be your first call before adding any supplement to a dog’s diet. That’s because there may be an even darker side to those outbursts.

Frequent toots may actually signal a host of serious issues — from inflammatory bowel disease to tumors to parasites. It may be the case that your dog is simply lactose intolerant — and those cheese slices she likes so much are stirring up serious gastrointestinal distress.

Other reasons for gas

On a much happier note, dog farts are typically as benign and frequent as those produced by their human friends. In fact, one of the most common causes of gas isn’t what dogs eat at all, but rather all the air they swallow.

Spend a day running around with your mouth wide open and you might feel a little bloated too. But the phenomenon, called aerophagia, is a particular problem for dogs who power through their food.

In households with more than one dog, competitive gorging erupts at mealtime — paving the way for a far less savory eruption later.

Also note that some breeds, particularly those with a short nose and flat face, are predisposed to wolf down their food. Combine that with a sensitive stomach and say hello to the English bulldog, widely hailed as the King of Farts.

But even if your dog isn’t a stink tsunami, you’re still likely to think she is — only because she’s free as the wind. No dog holds back gas for even a second. Sometimes, they will even bark at the mailman and let one rip simultaneously.

You have to envy them for knowing, instinctively, that hell hath no fury like a fart squelched. And you might even entertain another possibility: Maybe sweet, innocent Luna knows exactly what she’s doing when she lets one rip.

We like to imagine that cats are the clever ones, maybe even running the world as members of a secret Illumikitty-style society.

Alternately, dogs seem simple, loyal, even a little oafish. They have no grander ambition than to finally catch that ever-elusive squirrel. But what if they know exactly what they’re doing when they break wind?

What if that’s your dog’s greatest trick of all?

Think about it: Luna drops a bomb during a family dinner. She knows that most dog farts are of the silent-but-deadly variety — making it very difficult to trace their origins.

Chaos erupts at the dinner table. The stench sows deep suspicion among the humans.

Was that Aunt Edna?

No one’s looking at the cheese platter. Luna helps herself to a great big hunk of Camembert.

And reloads the hydrogen sulfide cannon for her next heist.