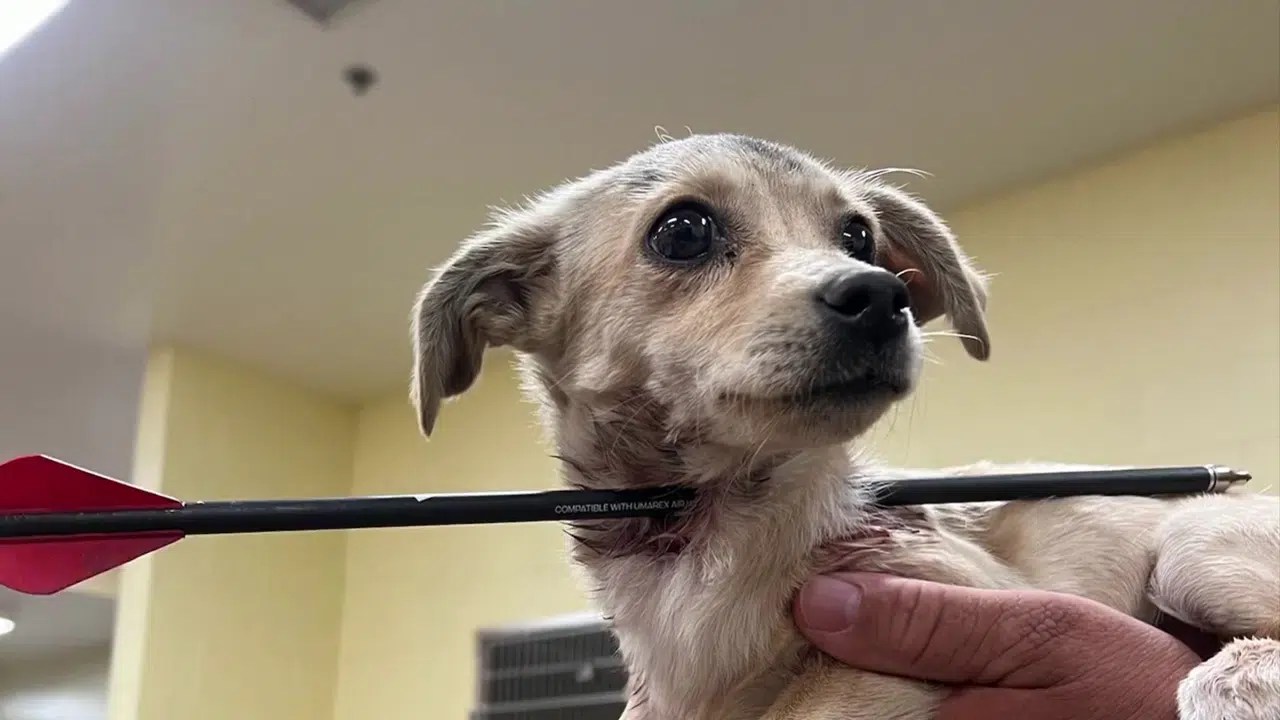 A 4-month-old Chihuahua puppy is lucky to be alive after she got shot in the neck. Luckily, the bow missed the vital arteries. But, how did everything come to be?

They found the pup in Desert Hot Springs, California, after a woman heard the dog “screaming,”. After she was stressed out beyond words, she called 911, according to a news release from the Riverside County Department of Animal Services.

Animal Services officer Matthew Perez retrieved the dog from a deputy. He noticed the arrow punctured the chihuahua’s neck, which was a horrendous sight. Perez took her to the Coachella Valley Animal Campus, where they treated her for the wound.

“For someone to willfully shoot this poor pup with an arrow is disgusting.” Yes, it truly is.

Veterinarians were able to remove the arrow, even though it was in an uncomfortable position. Even though the Chi was shot in the neck, they expect her to survive. According to the release, the animal services said they were also working on finding her a home.

Shot in the Neck but Made it Through

“She is such a sweet puppy, and I cannot imagine why anyone would do something terrible to such an innocent creature. It’s very sick,” Emily Ellison, a veterinary technician, said in the release.

Watch the scary video below: