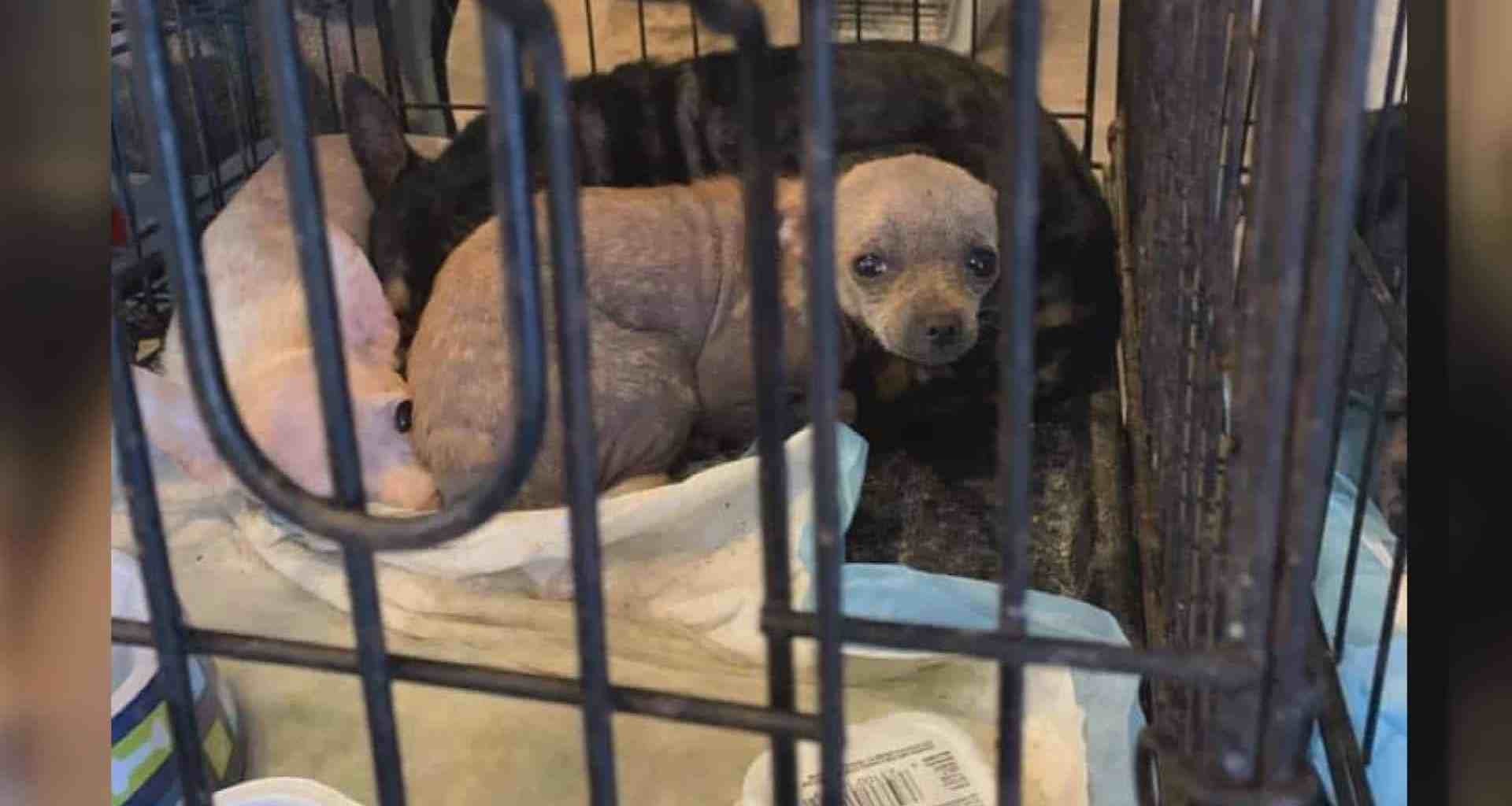 56 chihuahuas are recovering after they were rescued from a small cottage in Silver Lake.

The Kosciusko County Animal Welfare League says those dogs are going to need a lot of help.

The Animal Welfare league says the dogs are in rough shape. They’re going to need donations of food, towels and money.

Now the question is, what charges will the owner of all the dogs face?

The house — all 840 square feet of it — was once home to 56 chihuahuas, ranging from months-old puppies to 12-year-old seniors.

“THE CONDITIONS ARE REALLY REALLY BAD. THE CONDITIONS THEY WERE LIVING IN WERE I CAN’T EVEN EXPLAIN I MEAN, IT WAS BAD,” SAID BLANCHARD.

Blanchard was one of those who helped move all those dogs.

Their living conditions were discovered by the Silver Lake fire Department, which responded to two stove fires here.

Chief John Conley says he called the Board of Health the first time but an inspection was delayed because of the state stay at home order. Conley and the town Marshal Jason McGlennen managed to get a search warrant — and permission to remove the dogs — this week.

When McGlennen arrived yesterday, he got a surprise.

“We had no idea that there were that many dogs in the house. We were expecting 25 to 30,” said McGlennen.

And most of the dogs were pretty skittish.

“Most of them would be like walking through a flock of birds as they fly away. The dogs would do the same thing,” said (Chief John Conley of the Silver Lake Fire Department.

Blanchard says they have a long road ahead of them, and her shelter will need some financial donations.

There’s going to be, I’m going to guess, ridiculous amounts of veterinarian bills, medical attention, that these pets are going to be needing,” said Blanchard.

McGlennen wouldn’t tell us what charges the homeowner may potentially face, because the case is under investigation. But he did say charges would likely be misdemeanor.

The homeowner was taken to the hospital after that second stove fire. McGlennen and Conley didn’t know why, but they said he hasn’t been back to the house since.