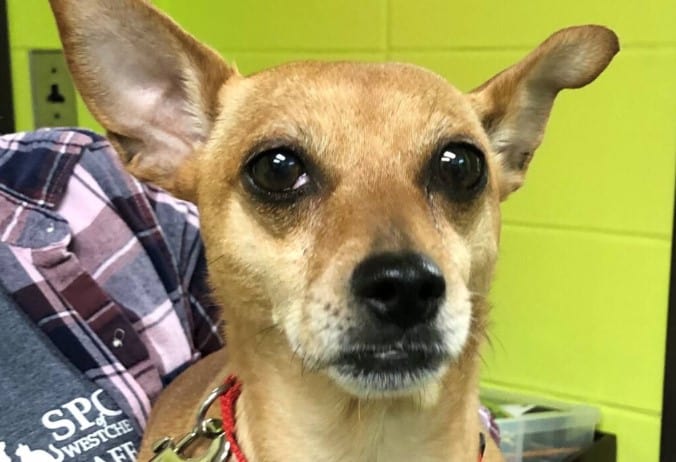 A plucky Chihuahua abandoned by his heartless owner was found fighting to survive in a garbage bag. Sealed inside a plastic storage container in Westchester county, authorities said Wednesday.

The unwanted dog was dumped outside an animal rescue group’s headquarters in Elmsford around 9:30 p.m. on April 28. But workers didn’t notice the blue container until 2:30 p.m. the next day.

When they opened the container, the abandoned Chihuahua, now named Rue, had managed to chew and scratch her way out of the plastic bag, breaking some of her nails in the process, and was still gasping for air after at least 17 hours of confinement.

When employees found her, she had chewed and scratched her way out of the bag so she could breathe – even breaking her nails in the process.

“Unfortunately, in this case, this goes way beyond abandonment. The person responsible for this—it seems like he wanted this dog to die. This wasn’t ignorance. This was just cruelty,” says Ernest Lungaro, of the SPCA Westchester Humane Law Enforcement.

Surveillance video shows somebody dumping the dog outside the animal rescue group’s offices the previous day.

The SPCA of Westchester took the puppy to their animal care campus, where she received medical attention.

Rue is expected to be put up for adoption soon. Shannon Laukhuf, executive director of the SPCA of Westchester, said.

“It’s inconceivable that someone could do something so cruel to an innocent animal. And we can’t imagine how frightened Rue must have been,” Laukhuf said. “We need to find those responsible for this intentional act of cruelty.”