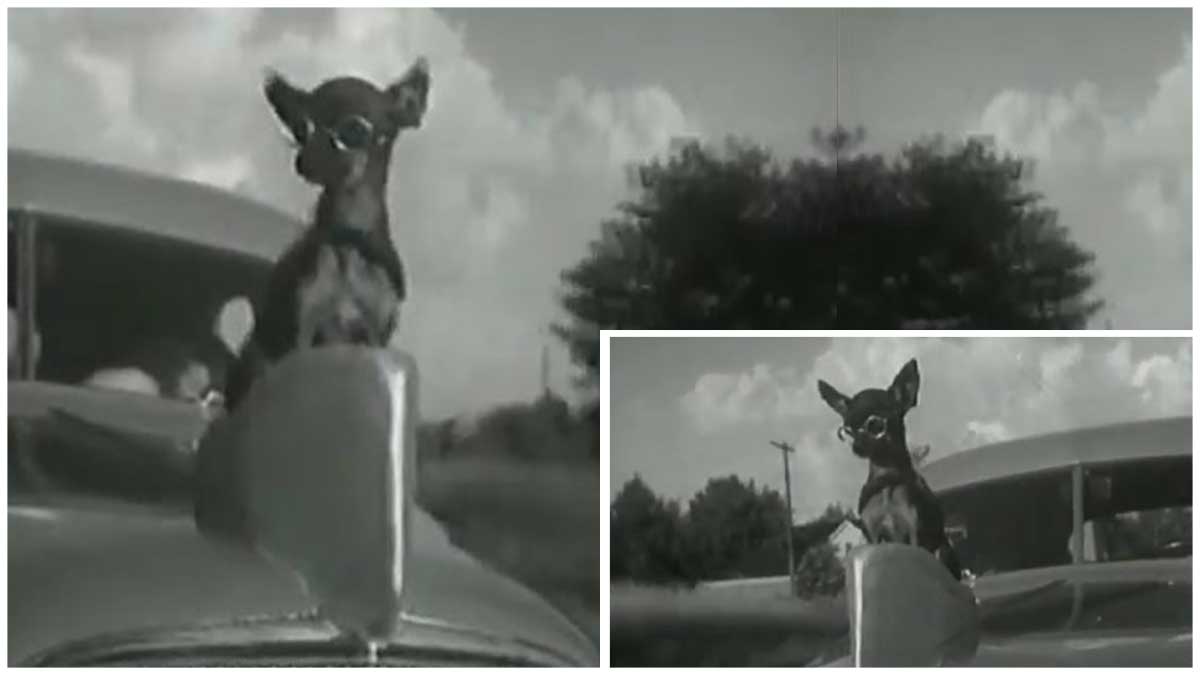 Apparently, GM thought it was OK for your dog to be a hood ornament in 1935

Honestly, I don’t have much to share here beyond possibly an emoji with the little yellow face’s mouth agape. There are just so many questions. The big one, of course: how serious is this? The GM Heritage Center, which posted this to YouTube, calls it a “Chevrolet-centric human interest story” that ran as a promotional newsreel in 1935. Obviously, it’s not that serious, but were newsreel audiences really clued into tongue-in-cheek humor back then? This is an era when people believed Orson Welles had summoned Martians to attack Earth. Also, where advertising agencies really doing jokey ads like this during the Depression? Honestly, I’m asking. Maybe? April Fools? Again, so many questions.

Also, clearly, PETA wasn’t a thing in 1935. Was the chihuahua probably some sort of uber-trained show dog? Ah, you’d think. Was the car definitely moving at a snail’s clip? Sure looks that way. Still, could you imagine what would happen if Chevrolet tried such a “human interest story” today? Or if Subaru literally let that golden retriever family drive around in an Outback? Hell, you’d probably have animal rights people breathing down your neck for just showing a dog riding around in a car without being properly secured. And they wouldn’t be wrong.

But hey, could be worse. Lincoln used greyhound hood ornaments back in 1935. Not sure a real-life Santa’s Little Helper would fit up there so easily.

The little pooch, also affectionately known as Tiny Tim, was filmed during…

Inside a locked crate alongside Route 80 in New Jersey, animal control…
We use cookies on our website to give you the most relevant experience by remembering your preferences and repeat visits. By clicking “Accept”, you consent to the use of ALL the cookies.
Do not sell my personal information.
Cookie SettingsAccept
Manage consent