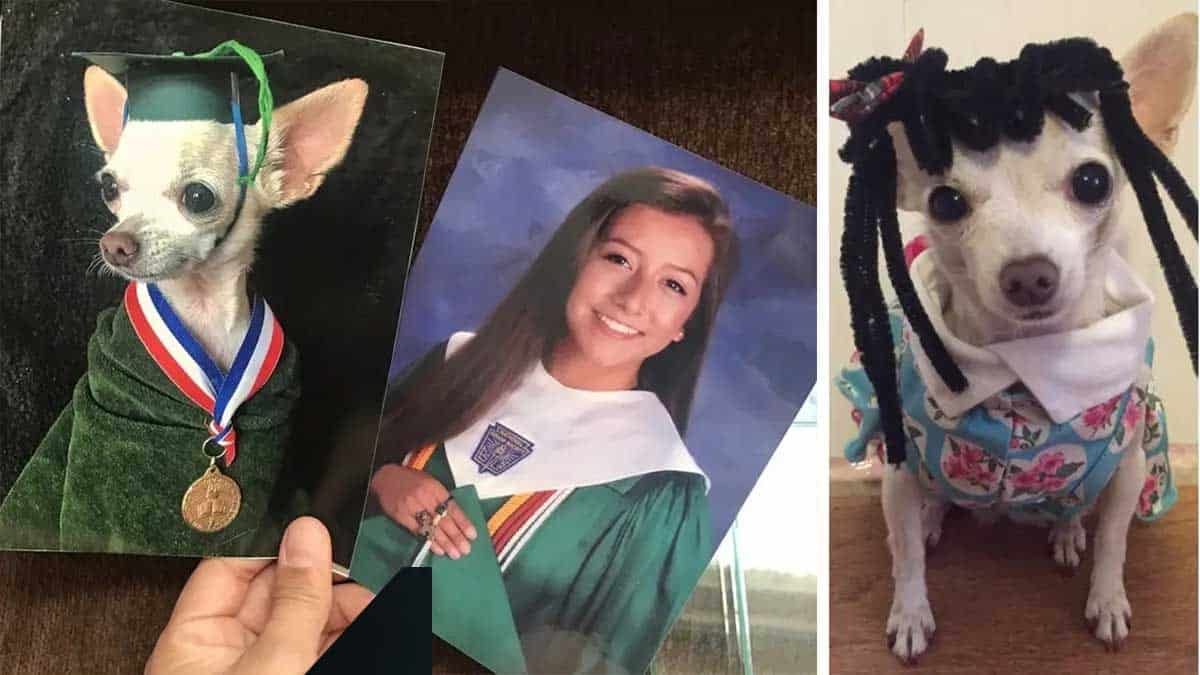 The internet is LOL-ing with this college student who replaces pictures of her family with those of her pup, and for a good reason. The new results are hilarious, and we invite you to see them below.

How Marissa replaces pictures of Family with Dixie’s

The college student told BuzzFeed News that she began replacing family photos in her mom’s house with pics of the Chihuahua last summer. “Dixie’s always been really photogenic,” she said.

Marissa’s mom, Kathryn, told BuzzFeed News that the first time a photo was replaced, it took her a few weeks to notice. “It was kind of embarrassing,” she said. She discovered the Dixie photo swaps when a friend was over.

This time it didn’t take her mom too long to notice. “I think when I leave, she surveys,” Marissa said. Kathryn has had enough.

“I don’t want people thinking that’s what I do in my spare time,” said the nonplussed mom. Unlike Kathryn, everyone else is totally about the ongoing effort.

I’ve been recreating family pictures with my dog and slowly replacing them around the house to see if my mom would notice. She wasn’t amused pic.twitter.com/JATXIsA0IY

Marissa has no plans of stopping her steady replacement of family pics around the house, even though her mom has been vigilant.

For more Dixie pics, check out her new Instagram.