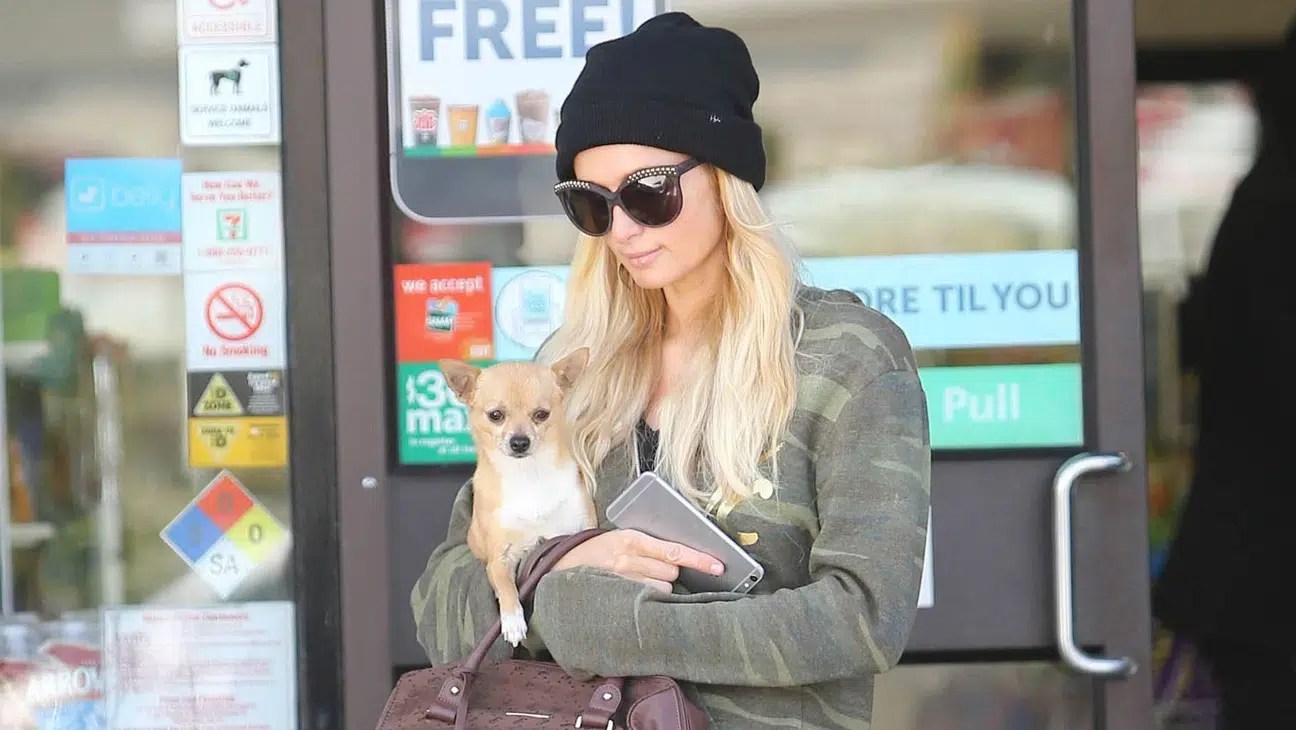 The 34-year-old socialite announced to her 4.1 million Instagram followers on Tuesday that her Chihuahua Tinkerbell had died. “She broke my heart. I am so sad and devastated,” Paris Hilton wrote in an emoji-filled message. “After 14 amazing years together, my baby Tinkerbell has passed away of old age.”

“I feel like I’ve lost a family member,” she continued. “She was such a special and incredible soul. We went through so much together. She goes, and I can’t believe it. I will miss her and think about her for the rest of my life. I love you, Tinky. You are a Legend, and I will never forget you. #RIPTinkerbell.”

Hilton then began to post numerous photos of her and Tinkerbell’s adventures, including photo shoots, red carpets, and television appearances. “Tinkerbell lived a glamorous life,” she captioned a Guess ad of her and the dog.

Back in 2004, Hilton had a scare when Tinkerbell went missing. The hotel heiress offered a $5,000 reward for her pet’s safe return. The dog was eventually retrieved without explanation. That same year, they released the satirical book Tinkerbell Hilton Diaries: My Life Tailing Paris Hilton.

Hilton and Tinkerbell are also credited with the trend referred to as “handbag dogs.”

In honor & memory of Tinkerbell, I’m dedicating my Instagram page to her today. ❤️🐺 I hope you enjoy the memories of my sweet angel👼 We’ve been through so much together. She lived a long, beautiful, luxurious & exciting life.